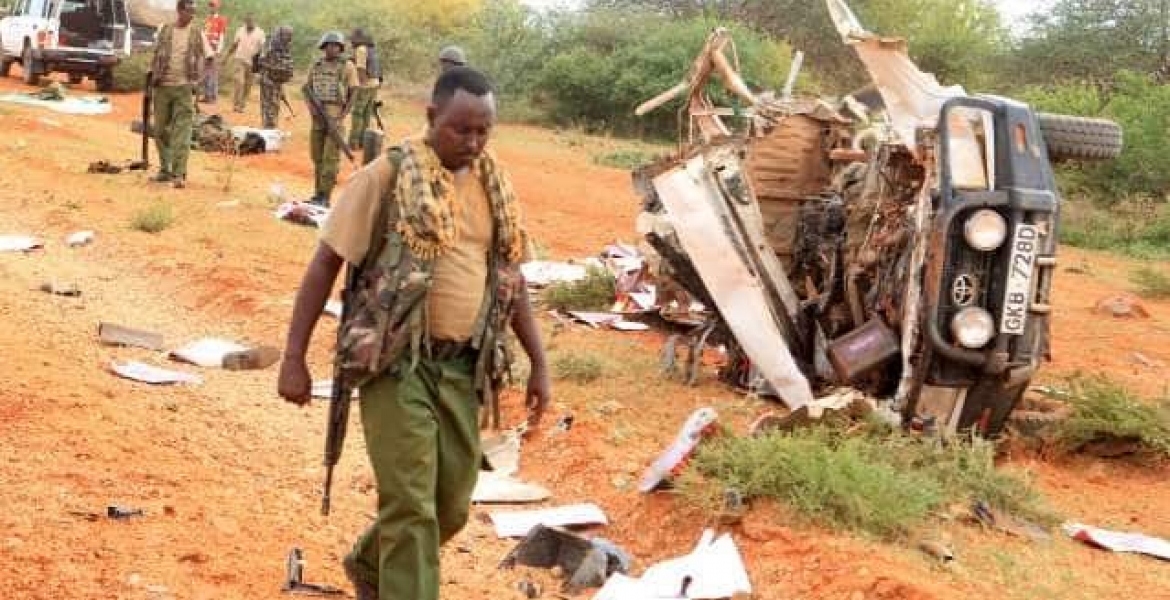 Four people lost their lives after a vehicle they were traveling in ran over an Improvised Explosive Device (IED) in Dadaab, Garissa County on Tuesday.

North Eastern regional commissioner Mohamud Saleh, while confirming the incident, said that security officers had taken up the matter and were pursuing people believed to be Al Shabaab militia suspected to be hiding near the area.

“We have four people dead from the incident that occurred between Dadaab and Doble,” Mohamud Saleh said.

The incident happened on the Dadaab-Kulan road, and it is the latest in a series of similar attacks in towns located in the northern Kenya bordering Somalia in recent weeks.

A total of 20 police officers and Kenya defense force officers have lost their lives during the series of attacks on Kenyan security forces by people believed to be Al Shabaab in the last two weeks.

Kenya’s Inspector General of Police Joseph Boinnet had warned that Al Shabaab militants were fleeing Somalia after the intensified military operation and had now resorted to attacking towns along the Kenya-Somalia Border.

The four were employees of a Non-Governmental Organization (NGO) known as African Development Solutions-ADESO.

Kenya-Somali border should by now be handled as ground-zero. We do not need warnings.... ndirona ugwati