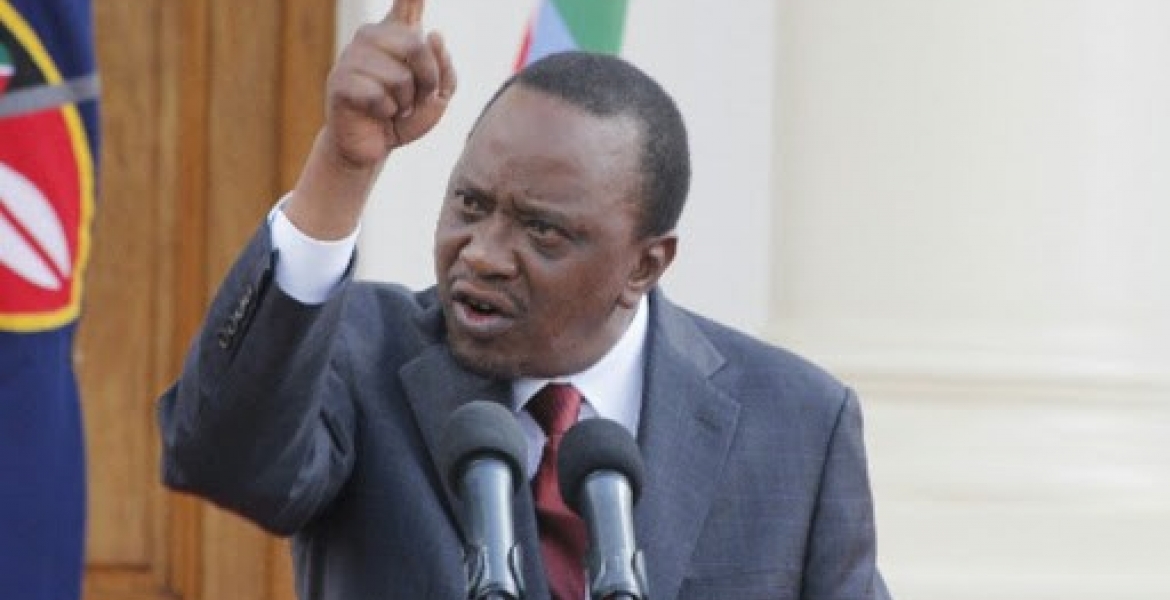 President Uhuru Kenyatta has spoken tough on inciters, warning that that those who caught will be dealt with firmly. The head of state cautioned that the government will not hesitate to take tough actions on leaders who are out to incite Kenyans and those propagating violence, saying they will learn a bitter lesson.

Speaking while presiding over the pass-out parade of Kenya Defense Forces recruits at Moi Barracks in Eldoret, President Uhuru was categorical that he will jot entertain any lawlessness in the country during the electioneering period.

The head of state spoke in the county where ethnic tension has been on the rise following a vicious political battle for Uasin Gishu governor seat, pitting incumbent Jackson Mandago and an independent candidate, Bundotich Kiprotich Zedekiah alias Buzeki.

Mandago is under investigation alongside two legislators, Alfred Keter (Nandi Hills) and Oscar Sudi (Kapseret) over remarks they made last week after they were cleared by the IEBC to seek re-election.

The leaders threatened to join opposition coalition if President Uhuru and his deputy failed to compel independent candidates contesting against them to drop their bids.

Further, the three are also accused of threatening one community living in the county of dire consequences, for supporting Buzeki’s gubernatorial bid.

Send one to Moses Kuria of Gatundu.