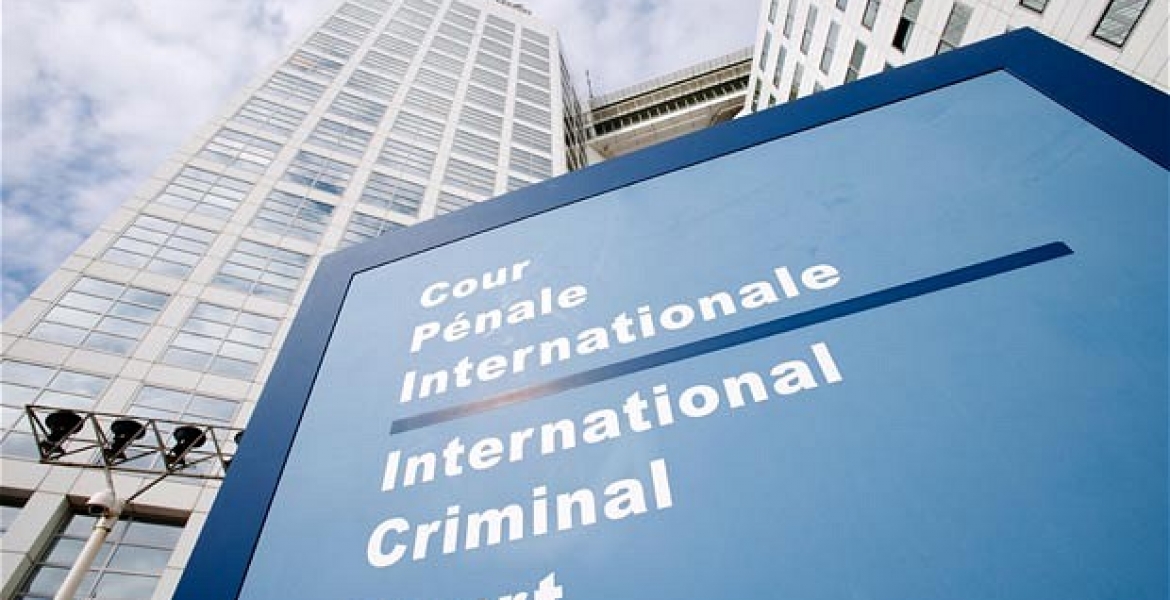 The International Criminal Court (ICC) prosecution has admitted that it regrets on how it handled the Kenyan cases that collapsed before full trial and is looking to revive the cases in the future.

Speaking on the sidelines of an international justice symposium held in Arusha, Tanzania earlier this week, the court’s Senior Trial Lawyer Anton Steynberg said that they adopted a strategy that led to the collapse of the cases.

According to Steynberg, the cases facing President Uhuru Kenyatta and his deputy William Ruto were weakened by “direct attack” on prosecution witnesses and the failure of the Kenyan government to cooperate with the prosecution.

“Our cases were weakened to such a situation as we didn’t think, in our right conscience, that we could proceed with them as it were. It is said the arc of the moral universe is long but it bends towards justice. Who knows, the next regime may be much more cooperative, or the next after the next,” he said. “I am not about to retire...I can wait.”

The Arusha symposium was themed Fighting impunity in East Africa: Ensuring accountability for international and transnational organized crimes and was sponsored by Wayamo Foundation.

“The fact that they were able to turn it around into a positive and win top elective posts was beyond us. Together with other efforts, their unity and the residual fears of prosecution contributed to a peaceful general election in Kenya in 2013,” Steynberg told reporters.

He further admitted that the Kenyan cases led to change in policy of Office of The Prosecutor (OTP) with regard to investigations.

“Perhaps at that stage (Ocampo Six stage) we should have done more. At that time, they were not in charge of the Government. We could have deployed more resources and minimized the risks for our witnesses. With benefit of hindsight and now wiser, a lot of things could have been done differently,” he admitted.

Uhuru and Ruto had a chance to do what Ndugu Mwai and Raila has asked before both of them said, "...Don't be vague, let us go to Hague." What did Elders Mwai and Raila ask? They wanted the trial to be held in Kenya.

Over 1,000 people lost their lives and many lost all their property leave alone those who were rendered useless after they were attacked and left for the dead.

The CREATOR, not the man-made god that people worship in churches or mosques gave us a brain. This brain retains information permanently until death, dementia, or Alzheimer strike us in our advanced age on earth.

I would like to pose this question to Uhuru and Ruto: Why haven't you set up an independent Internal Prosecutor to look into what happened in 2007-8. We remember vividly the church (Kiambaa) in Eldoret that had members of a certain micro-nation barbecued mercilessly by the local residents. Ruto what have you done during your tenure in office ? Why haven't you made an effort to arrest, prosecute, and fine all the people involved in the Eldoret holocaust? And you Uhuru: We all know what happened in Naivasha and Nakuru at this dark days of our history: Why haven't you made an effort to do what I asked Ruto to do?

Until those involved in the murder of many innocent Kenyans are brought to trial, we will always remember you two for failing to help solve the puzzle for our evil citizens who did the killing and are still living in our country and lying to themselves that nothing happened in 2007.

Should you ( Raila, Uhuru , and Ruto) be elected this year as leaders of our failed state? My answer is simple - NO! All informed and literate Kenyans should not elect you come August 08, 2017,

This Article is Jubilee's PROPAGANDA to scare Ruto and Kalenjins into Submission to Jubilee.

I find your understanding of Kenyan history very shallow. After the Raila led post election violence, Raila and Kibaki formed the government. They failed to settle IDPs and Establish the tribunal you are asking Uhuru to establish. I hope you now understand.Thanks

“The fact that they were able to turn it around into a positive and win top elective posts was beyond us."Steynberg told reporters.
This explains the problem with the OTP.A cluelessness about intertribal politics.A lack of understanding of what the trigger for the violence was;(i.e politics of 41-1).As well as a lack of understanding of what the appropriate intervention is/was.The right intervention for the OTP is to go after the person who called for politics of 41-1.That is Mr Raila himself.Because even to this day he still continues to threaten the whole country with chaos should the election not go his way.
The reason Uhuru and Ruto are experiencing the success that they are expriencing is because of their advocating for Politics of Peace and Stability in the Country.The most paramount outcome of Kenyan Politics is Peace.This is why their support continues to Grow.

When one single innocent adult person is aborted (killed prematurely) by external forces, there should be no time limits for those involved to be arrested and prosecuted in order to avoid a similar recurrence for the same inappropriate deeds.

Kenyan people don't seem to retain their memory for a long time -
like the warthog. This animal has a only the capability of remembering what happened for a period of only 15 seconds.

There have been clashes throughout the presidency of all Kenyan presidents beginning from Kamau wa Ngengi, Toroitich Arap Moi, Mwai Kibaki and currently Uhuru Kamau. Unfortunately, no one has been arrested, prosecuted, or imprisoned for all the politically initiated unnecessary termination of innocent lives.

Long live Kenya without Raila or Uhuru in our State House!

What is this damn obsession with the Kenyan cases all about??? Granted that an estimated 1300 lost their lives and nearly 600,000 people were internally displaced in the worst atrocities in Kenya's independent history; many more thousands if not millions have been killed or rendered refugees in Iraq, Syria, Afghanistan, Pakistan, Libya, Yemen, Somalia and in several other Muslim countries. Does this mean that the lives of 1300 Kenyans is much more precious than the millions of killed at the hands of national leaders, terrorists leaders and leaders of America, Britain and other international invading countries?? Or the ICC has a totally misguided colonial era mentality vendetta against Kenya? Else, one wonders why the ICC is so bent on destabilizing peace and prosperity in our country by naively continuing to vigorously pursue politically instigated corrupt cases against Uhuru and Ruto who were not on the ballot in December 2007 elections!! If the ICC is really interested in justice for the 2007/08 post-election violence (PEV), then it must be bold enough to take a moral and fair approach to go after RAO, the ringleader of PEV as well as after the then President Mwai Kibaki. Uhuru and Ruto didn't have anything much to gain from the atrocities, Raila did!! Additionally, Uhuru and Ruto didn't control Kenyan security forces to ensure peace and security during the chaos, President Mwai Kibaki did!! Most importantly, how foolish and bonehead stupid can this prosecutor be to threaten Kenyan electorate less than 2 months before the elections that if their stooge, Raila, wins then the corrupt neocolonial ICC will again destabilize our country by reopening political cases which are not intended to achieve justice but to impose Western powers' desired leadership on the Kenyan people?? Why is ICC so eager to achieve "perceived justice for Raila" at the expense of 45 million Kenyans? We need Justice for Kenya --- just let ICC leave our country alone to move on in peace and unity we have regained under the able leadership of President Uhuru and his Deputy Ruto.

Hon kenju thank you for speaking like 20 maumau mighty fighters???Trust me if I become kiambu governor 2022 u will b in my cabinet coz ur very sober???The icc messed up from the start coz they came for the wrong pple uhuruto??As u n Kim r saying it was all over the news who incited kenyans with tribal remarks but the west were Not interested with raila the killer n inciter.They wanted to bring down gikuyu as a community taking uhuru for no reasons???So they should not blame anybody but themselves;where as they now coz raila/NASWA is preaparing for war,they r still inviting Kenyans,killer raila has said if he looses he is not going to the courts??But trust me uhuruto will finish squeezing what moi left if he tries any nonsense????We say no to imperialism n colonialism???They should concentrate more with Syria where they have killed more than 600,000 innocent pple for their greedy controlling power!!I will never support icc until sakorzy,Obama,tony Blair,bush or Netanyahu r taken there to answer the Iraq n Palestinians wars???

I like the Israel approach to anyone involved in their holocaust. There is no statute of limitation against anyone who participated in their holocaust. It has been over 72 years since the Israelis were barbecued in German extermination centers and yet the Israelis are still looking for anyone who participated in their parents death. That's why no one dares mess around with the state of Israel. If you decide to spend the night in their lodging area, the Fair view Hotel, your luggage will go through a screening apparatus before they allow you to even step in their hotel. Have you driven or walked on Bishop's Road where their embassy is located? You will be stopped and searched to see whether you have any explosives hidden in your car just waiting to be detonated (if you are crazy enough) around their embassy. The area around Israel Embassy is the safest in the entire city of Nairobi.

Ndugu Kenjuu, in our beloved country of Kenya, it is not only the unfortunate killings of innocent Kenyans around the election time that has taken place! Look at all the financial embezzlement where no one has been arrested, prosecuted or fined (among the big cats) since 1963.

We as Kenyans, need to stand tall and get rid of all our current leaches, ticks, live, thieves, and all corrupt "fake leaders" posing as our national leaders before our once "beautiful" country turn into the current Iraq, Libya, Somali, Syria, or Colombia.

Long live the New Republic of Kenya without Uhuru or Raila as the next president of our beloved country.

This is more about ICC leadership. If the president can allow this type of utterances from his prosecutors, then ICC is dead. For sure, it has lost leadership and credibility.

The timing is impeccable

Why is ICC only interested in African cases ans especially the Kenyan cases? We have seen worse scenarios in other countries like Syria and am yet to hear them comment on them.