Joho Reveals What He'll Do When President Uhuru Visits Mombasa 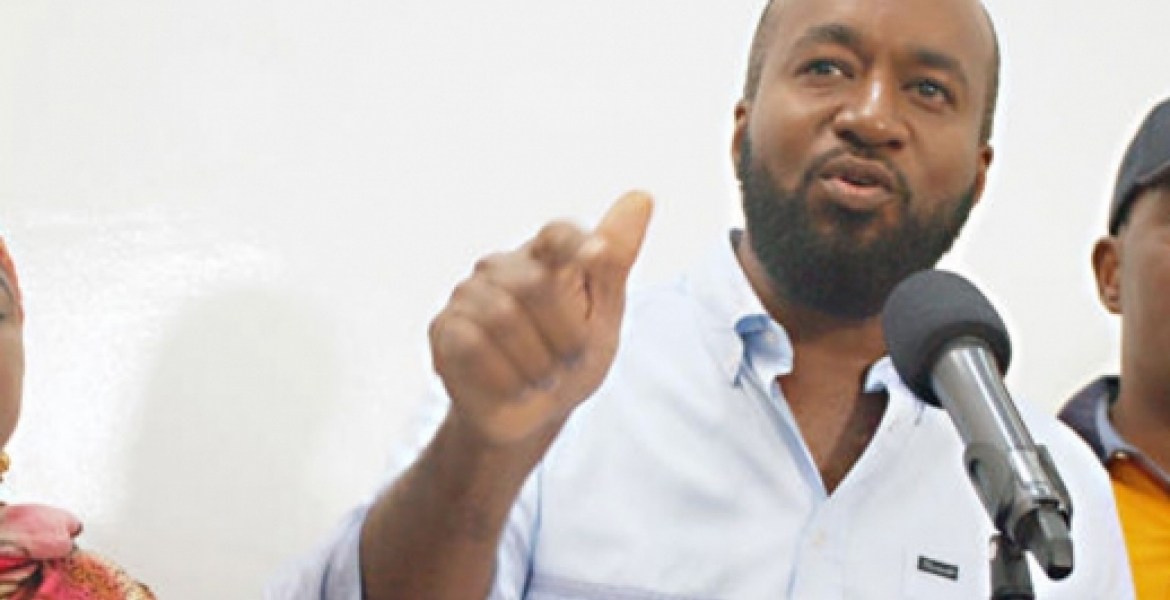 Mombasa Governor Hassan Joho says that he will be engaging in a new battle with President Uhuru Kenyatta and his deputy William Ruto, when they make visits to his county.

“Now that it’s time for campaign, I will take Jubilee Party head-on. If they hold a rally in Likoni, I will hold one in Mvita. If they go to Kisauni, I will pitch tent in Nyali — same day, same time and same minute. Then the people will decide,” he said.

He accused President Uhuru of mocking the Rabai people by claiming that the chairman of the ruling party comes from Rabai and that the region was well represented in Jubilee.

“That is a pure lie. Then why can’t  he appoint him [Dzuya] the head of Public Service in his administration if he has the people of Rabai at heart,” Joho said.

The controversial governor has in the recent times engaged in supremacy battle of words with the head of state and his deputy, which has seen him locked from President Uhuru Kenyatta functions in Mombasa.

Last week, police blocked the Mombasa county boss from accessing the venue where the president was launching the new Standard Gauge Railway at Miritini in Mombasa, after similarly been locked out from an event where the head of state was re-launching the operations of Mtongwe ferry services earlier this year.

You cannot compete with an elephant to poop @ Joho

Uhuru is NOT an ELEPHANT. He is a BAOBAB Tree Pretending to be a Mugumo Tree.

This is the most stupid man on the face of planet earth.No wonder he had an E+ in KCSE.
Instead of diverting all this negative energy of holding parallel meetings with those of the President,he should do other positive things that would really make him more credible and likeable to the Mombasa people.
Like every major city in Kenya,matters street children,garbage collection and sanitation,health,education,transport,drainage issues and collection of city levies/fees are just but some of the pressing issues that this clown need to be addressing.
I wish he gets floored at the polls on August 8th by one of the other gubernatorial candidates in Mombasa because quite frankly,Joho has outlived his usefulness and the people of Mombasa need to rethink this time round and make him a one term governor.Just like his Wannabe in ODM a.k.a. Ojinga Demonic Movement,Joho is an embarassment to society.Someone somewhere need to keep score cards for all elected officials including our President.My take is,on a scale of 1 to 10,Joho has scored a ZERO.

Uhuru can neutralize joto za Joho easily by ordering his drug protected friends(kina Sonko,Wambui,Murungaru,Mwau,Nyaga etc) to keep away from the illicit business for a year.He can even compensate them from his pocket.Also to be paid is DPP-ATM Tobiko who must get all Joho protection fee for a year.That is the most effective way of stopping Joho as all anti narcrotic police will be after him.

KENYAN SGR IS A BIG SHAM AND RIP OFF - KAGAME :
Rwandan President Paul Kagame has poured cold water on Kenya’s Standard Gauge Railway (SGR), calling it “a big sham and a rip-off.”
Speaking at the sidelines of an international seminar at Kigali, Kagame said it was “extremely disturbing” that Kenya’s ruling Jubilee Regime would escalate the costs of the SGR to astronomical levels so as to fleece Kenyan taxpayers of their sweat “for the benefit of a few people at the top.”
“They are now trying to excite Kenyans with the refurbished trains that weres used in China in 1950s, running on diesel engines. Terrible!” Kagame said. Tanzania’s SGR is four times longer than Kenya’s but only two times as expensive
Rwanda and Uganda recently shunned the Kenyan SGR, choosing instead to connect their countries to a railway line running from the Tanzanian port of Tanga through to Kigali and then up to the Ugandan capital, Kampala. High level corruption being perpetrated by Kenyan top officials, leading to inflated costs, was mainly blamed for the decision to eschew the Kenyan route.
“They should wait until we start running our electric trains. They will be very ashamed of themselves,” said the Rwandan President as he chided the Kenyan Administration for being insincere to its people.

our president Uhuru kenyatta is the most corrupt regime ever witnessed in Kenya....
they claim to have done much but also they 've stolen twice the money spent.

@ Guest 1 and Seth Otimba - Please do Kenyans a favor and walk direct to the authorities and give the evidence pertaining to the tax payers money you allege have been stolen.