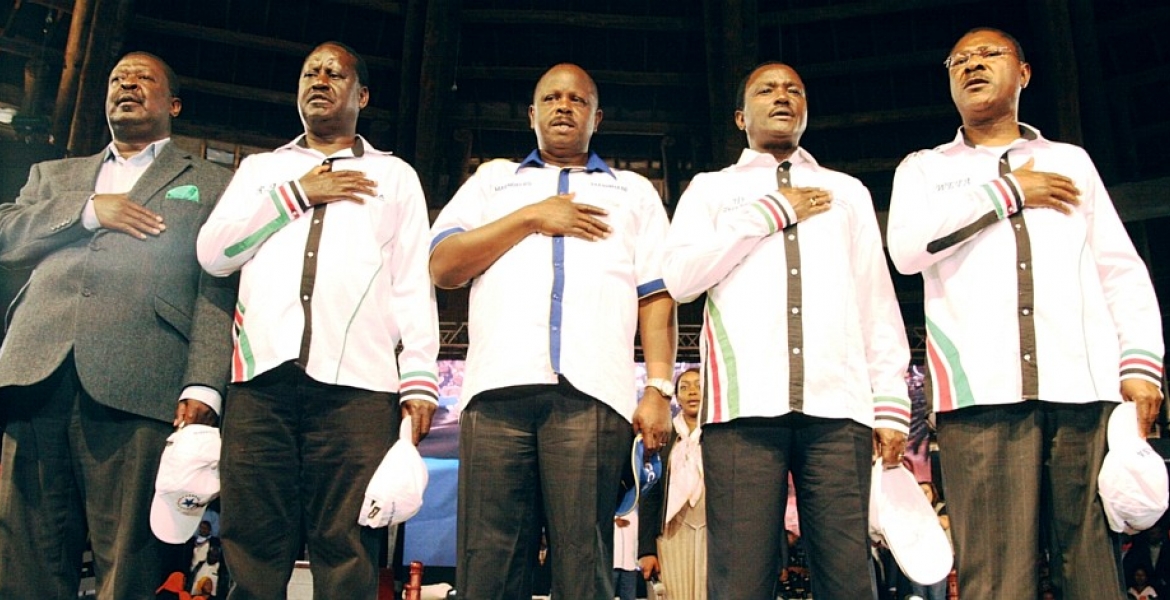 The opposition outfit National Super Alliance (NASA) is looking outside the country to raise campaign funds as they look to out-muscle the ruling Jubilee Party for the country’s highest political office.

While the Jubilee Administration is understood to be keen to halt any attempts by the opposition to secure foreign funding, NASA seems to have made steps in getting the funds that will be used to sell the bid of their candidate, in his fourth shot for the presidency.

NASA campaign manager, Musalia Mudavadi said that the alliance would not spare any resource in their hunt to oust President Uhuru Kenyatta from office.

“We have assembled what it takes to send Jubilee packing. We must liberate the country from Jubilee’s misrule, address the soaring cost of living and other aspects of governance,” he said.

It has emerged that, just like Jubilee, NASA has wooed the business community led by Jimmy Wanjigi to bolster the coalition’s campaign kitty.

Some of the major NASA financiers are Machakos Senator Johnson Muthama and Nairobi Governor Evans, who is said to be sponsoring the coalition’s campaigns in the capital city, almost single-handedly.

“There is goodwill across the country and beyond. We are getting offers of campaign vehicles while some people are willing to fuel them,” ODM treasurer Timothy Bosire said.

Sources revealed that Raila Odinga has been reaching out to friends from India, South Korea, Germany, South Africa, Nigeria and Tanzania for funds.

In Nigeria, Enugu State Governor Billionaire Ifeanyi Ugwuany is tipped to be one of the main men who will be oiling Odinga’s campaign machine.

South Africa’s Deputy President Cyril Ramaphosa is another Raila Odinga ally believed to have pledged support for his presidential bid, so is his childhood friend and Tanzania President John Pombe Maghufuli.