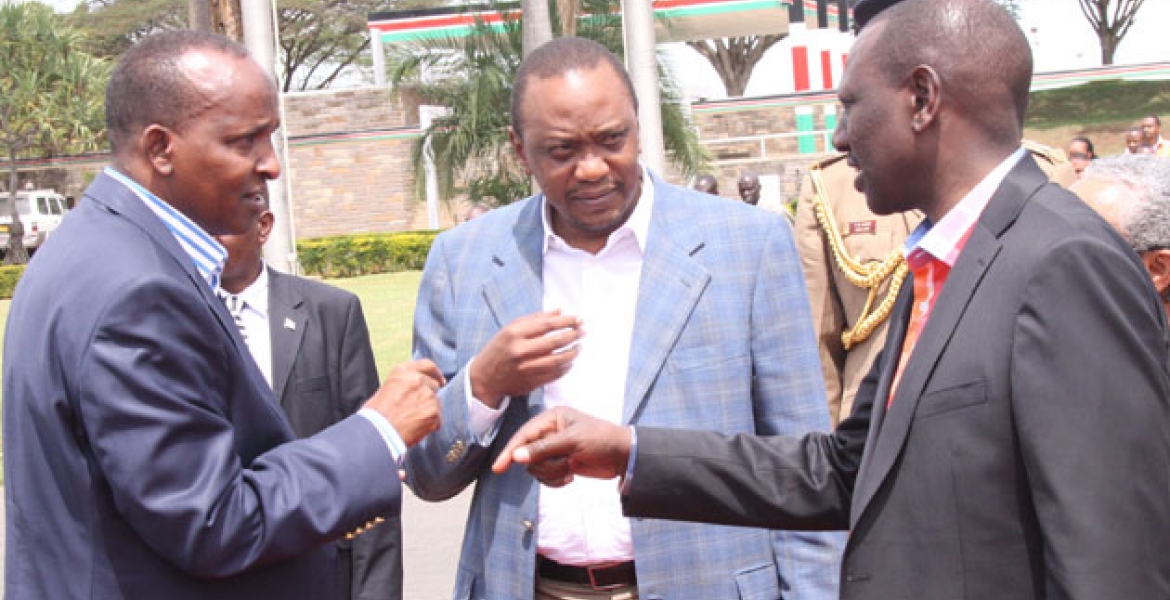 Orange Democratic Movement (ODM) leaders drawn from Narok County have asked President Uhuru Kenyatta to order the arrest of Deputy William Ruto and the leader of Majority in the National Assembly Aden Duale.

The leaders, who were addressing a press conference, called on the head of state to take disciplinary actions against his Deputy and Garissa Township MP Aden Duale, accusing them of hate speech against the Maa Community and their leaders.

The leaders accused the two of demeaning local leaders by using ‘derogatory and inciting statements’ that could spark chaos and violence ahead of the August 8 general elections.

Led by Rebecca Tonkei and Ledama Ole Kina, the leaders called for immediate prosecution of the DP for being disrespectful to the Maasais’ “Ruto is fond of attacking other leaders including by using of derogatory terms that qualifies to be hate speech. Time has come for the President to take disciplinary actions against him,” Ole Kina said.

“Duale should know that Maasai community is not his mother or father. He should respect leaders by being sober. Uhuru should order for their arrest immediately,” he added.

Ole Kina is contesting for the Narok County Senate seat, while Tonkei, whose husband perished in a plane crash that killed former Vice President George Saitoti, is vying for the Women Representative seat.

Uhuru: When your term in office will be abruptly terminated on August 8, 2017, please have the courage to admit that by keeping in power a very arrogant and very violent man (Chirchir Arap Ruto) next to you, this act will end your dreams of being in office for another five years. You will be like the Gambian leader who lost the election last year.

Long live the Republic of Kenya without you or Raila as our next president of Kenya come August 8, this year.