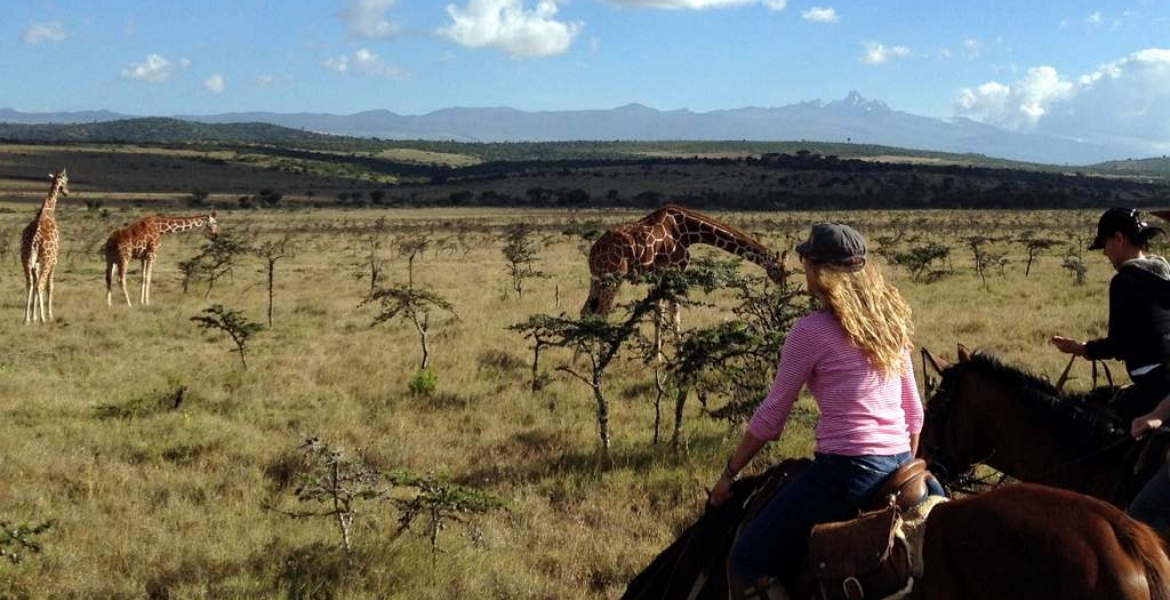 As the campaigns for August 8 presidential contest gears up, National Super Alliance (NASA) Presidential candidate Raila Odinga has pledged to dismantle white-owned ranches in the expansive Laikipia County in order to avert chaos if elected the President.

White-owned Ranches in the Rift-Valley County have experienced invasions in recent times from people believed to be pastoralists, leading to violent engagements between herders and owners.

“These ranches are too big and the people don’t even live there; they live in Europe and only come once in a while,” Raila told The Times.

He added, “There’s need for rationalization to ensure there’s more productive use of that land."

There was rise in Insecurity in Laikipia after armed cattle herders moved into the ranches in search of water and pasture due to the drought that hit the country over the past months, leading to confrontations between owners and the herders.

During the confrontations, British rancher Tristan Voorspuy was killed, while in another incident, Italian Billionaire Kuki Gallman was shot, and sustained bullet injuries while touring her farm.

According to sources, a section of the herders are yet to vacate the ranches, even after it rained in the area. It is believed that local leaders might have incited local residents to invade the farm as they seek votes from certain communities in the region.

Sosian ranch was closed indefinitely last week, following attacks by armed bandits leading to loss of lives, while property worth millions of shillings was destroyed.

Reports indicate that 7 out of 30 tourism lodges in Laikipia have halted operations following the series of attacks.

Communist is over Mr. Raila. You cannot divide 581,309 km² by 45M. It is dumb. Some people will have more than others. Sell your 1Billion house and give that money to Kisumu people. If you give 10 people each $100,000 in ten years 5 will have nothing and 5 will have all the money.

you are not making senso no matusi, the locals in Laikipia dnt want to own the land, they just want land for grazing their cattle like they used to before the europeans came and claimed these ranches and did not even pay the prevailing market price. The how and when is to be discussed but even lord Delamere will one day give up his ranch.

They have to move on this is 2017. They cannot keep on saying this land belonged to our ancestors more than 100 years ago or 200 years ago. Such mentality will make them poor for the rest of their lives. They have to change their life-styles & mentality

You MO MATUSI User Name is so USELESS; just as Useless as YOU.

Long standing land injustices by the colonialists. The land belong to the natives of Kenya - period.

Rsila
This guy is nust dangerous he can see defeat on jis door he is preparing war.The kenya Government should try all it can to protect Kenyans

Ojinga like his name suggests is Mjinga sana.
Simply put - he is naive,silly,irritating,stupid,liar,thief,political conman and prostitute,obnoxious,an inciter,a warlord and of course a LORD OF POVERTY.

Jubilee PROPAGANDA in Full Swing; and a Bridge to Nowhere.

Boss, I would consider it propaganda if I didn't hear Raila's utterances reverberating on the ground. Earlier today at a barbershop in Westlands, I listened to a conversation mostly by what appeared to be Luo and Luyha barbers. The major reason why they are voting for Raila is because they don't have to pay rent....Indications in the country are that many economic activities have come to a grinding halt pending the outcome of the elections. Personally, I am seriously considering folding my business with it's five employees if Raila becomes president because I cannot operate in an environment that openly promotes uncertainty. 99

When I first labeled Raila Odinga a communist there are some people who labeled me a tribalist even though I hail from Nyanza. The fact is that Raila is a communist and has always been a communist. Communism is like cancer. It never go away easily. What is dangerous about Raila's brand of communism is that it was implanted in him at a very early age before been cultivated in the former East Germany on behest of the former Soviet Union. Some people confuse Raila's high lifestyle as an endorsement of capitalism but that is wrong. All leaders in the former Communist countries all of the World lived like Lords while their people were impoverished, That holds true with Raila as the de-factor leader of Kibera. People need to come into term as to who Raila is and the potential danger he pose as a potential leader of Kenya. When he talks about nationalizing white farms that is very true but that is not his true agenda. His true agenda is to nationalize what he calls ill-gotten wealth by section of people from Central Kenya region as well as North Rift. In summary, if you are a rich person in Kenya, and it doesn't matter whether you got your richness through hard work in diaspora, your wealth is in danger of been nationalized under a Raila Odinga administration.

Well said and put down Dr.Koni Hanene for all and doubting Thomas's to read.
But thank God Almighty, this goon or self made Kenyan Joshua will NEVER be the President of Kenya because he, like all the rest of the clowns in Naswa are not driven by love for country and people but by egos and greed extraordinaire and their goods have forsaken and conspired against them.

we have to problems:
1. the land lease in Laikipia to Europeans
2. the Maasais and Samburu's claim any ground they grazed as nomad belong to them which means they own Tsavo, amboseli and the stretch from Maasai Mara via the rift valley; Naivasha subukia Nanyururu Nyeri and up to samburu .
secondly the subdivision of farms into50x100 plots to 1/4 is a major problem in regard to agriculture . since independence the governments have failed in zoning (division of farmlands and building land we will have houses to live in but will have to import food .
Raila want votes . He does not care about the problem in Laikipia . shame on all of them politicians