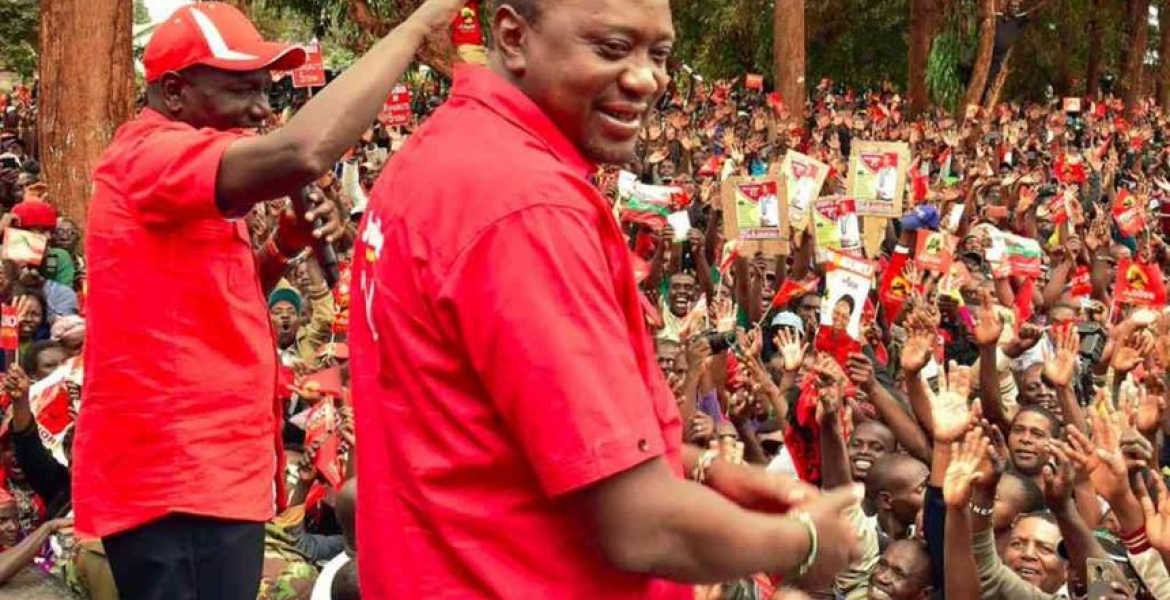 National Super Alliance (NASA) is being bankrolled by international corruption cartels, President Uhuru Kenyatta and Deputy President William Ruto have alleged. Speaking in a series of campaign rallies in Kirinyaga County, the head of state and his deputy said that the former Prime Minister Raila Odinga was a "stooge" for foreign NGOs.

The two Jubilee leaders said that Raila Odinga’s campaigns were being oiled by some international cartels, questioning how they claim they will fight corruption, when they were being funded by corrupt organizations.

“How will you fight corruption when the helicopters you and your secretariat are using are paid for by corruption cartels?” Ruto asked. "The Helicopters they are flying on is funded by corrupt cartels who are well known, they can not lecture us on Corruption," he added.

On his part, President Uhuru poked holes on the opposition manifesto launched on Tuesday, accusing them of wanting to take the country back to the dark days where independent bodies were being micromanaged.

He further said that the opposition was a bunch of cowards for calling for the withdrawal of Kenyan Military from Somalia, saying that they are the ones who approved their mission in Somalia when they were in power. “They were in the Cabinet that approved the KDF mission in Somalia. My brother Ruto and I were not part of that cabinet. Now they are demanding the soldiers be brought back,” he said.

UhuRuto go ahead and name these Cartels (one by one)