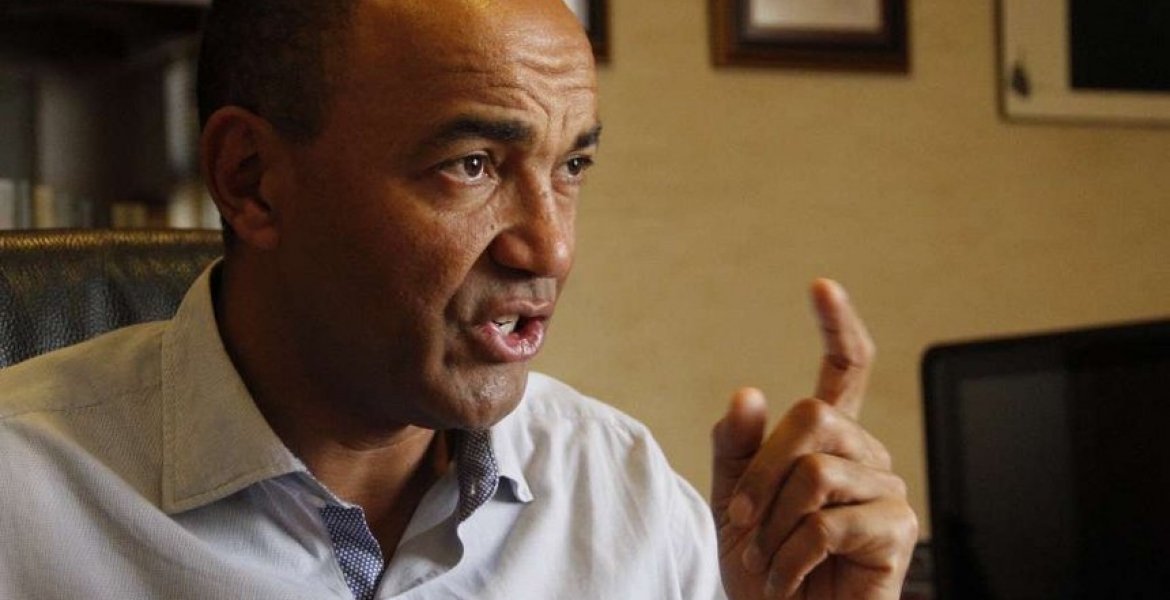 Nairobi gubernatorial aspirant Peter Kenneth has lashed out at Jubilee Party critics, telling them that they will not get an opportunity to rig him out like they did during the party primaries in April.

Speaking while on a campaign trail to Makadara Constituency in Nairobi, the former Gatanga Member of Parliament said that he was is happy that he was rigged out in the Jubilee nominations because he would now easily clinch the coveted seat without being affiliated to any political outfit.

“I thank God they did that so that I may leave the Jubilee party, I am now more comfortable to seek this seat as an independent candidate,” he said.

Kenneth says that the outcome of the primaries that were marred by irregularities, gave him an opportunity to fish supporters from all major political parties. “I'm an independent candidate with an independent mind and therefore my supporters are free to elect a president of their choice,” he said

Kenneth suffered defeat in the hands of Nairobi Senator Mike Sonko in the Jubilee primaries, and has since accused Deputy President William Ruto of being the mastermind behind his loss to Sonko.

“This time round there will be no hired voters who will be ferried from one polling station to another to vote someone as they did during the Jubilee party nominations. We will face off with one another in the elections and I am confident I will win the elections,” Kenneth said.

The aspirant urged his supporters to ignore those claiming that his candidature was meant to split votes of a particular candidate, adding that his quest is to serve the city. “Those telling my people that they should not divide votes must know that people will choose a leader of their choice,” he said.

I am coming to Respect Peter Kenneth; for Everything he just said makes Lots of Sense and Cents to me and Maybe the Whole Country of Kenya.

In life you must take a stand if you feel that you have been wronged by powerful invisible forces. Thank you Ndugu "Wainaina" (aka - Kenneth) for disassociating yourself with the " Corrupt Alliance" formerly known as the Jubilee Alliance.

We all need to make immediate political continental changes if we are to survive the many forces of global changes. We need to form an "African Military Force." The basic philosophy would be to defend every soul in Africa so that we are not again sold into slavery.

Finally, we need to adopt a "Madiba Mandela presidential term limits." Once elected president you work very hard to leave your legacy of positive accomplishments to benefit your country and the entire continent of Africa when you serve your one term in office.

He will NOT win Nairobi. STOP DREAMING

I would urge Kenneth to join NASA. Amazing that in Kenya no one ever loses an election, they just get rigged out, numbers are just meaningless.