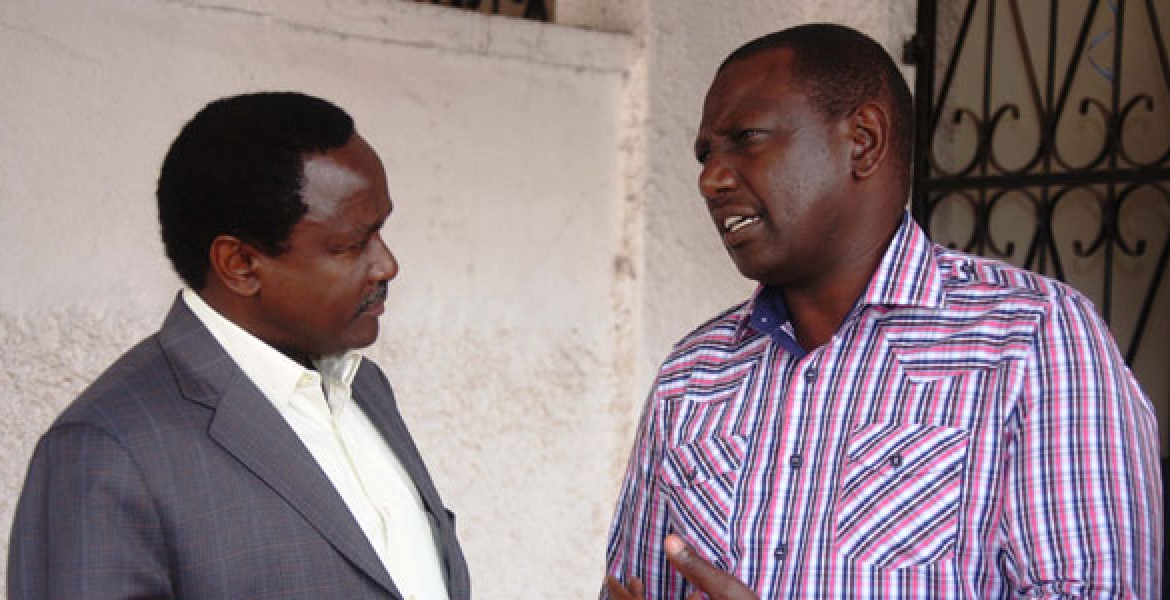 In a rejoinder, the former Vice President revealed that Ruto introduced him to the cartels he was claiming are funding NASA presidential campaigns. “Ruto has personal issues with Jimmy Wanjigi and should explain where they parted after being funded,” Kalonzo said while speaking in Narok County.

“Kalonzo should return NYS land that he has turned into his home in Yatta,” claimed Ruto.

Ruto said that international cartel lords have been bankrolling the opposition outfit, including the choppers they are flying in.

The battle between the two running mates also attracted the attention of Mombasa Governor Ali Hassan Joho who lashed out at the Deputy President, asking him to explain how he acquired his wealth. “The choppers we are using have been donated by supporters and others have been hired. Can he tell us who is paying for their [Jubilee's] choppers? We hear you are buying hotels in Nairobi and Mombasa and building a Sh1 billion home in Uasin Gishu. Can you tell Kenyans your source of money? Ruto should be the last person to talk about corruption," Joho said as quoted by the Star.

Mr D- we know you acquired yours through drug trafficking

Let JOHO, RUTO and KALONZA declare their wealth and how they obtained it instead of yap yapping against each other at the expense of the real Truth about each of them.!!

For the VIce president to reveal to the public that some NYS land had been graped by the former vice president during a campaign rally sounds not only bogus but also a revelation that he has failed Kenyans already. What have you done about it mr. VIce president? Don't they say you should not throw stones if you live in a glass house? You