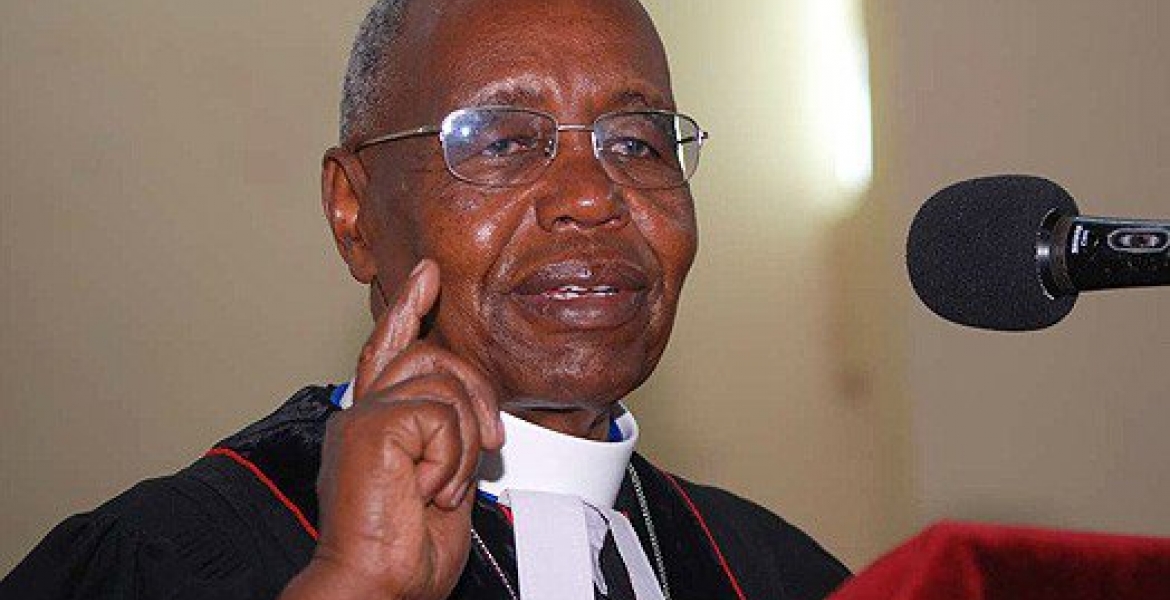 Veteran civil rights activist Reverend Timothy Njoya, who is remembered for his fight against former President Moi's leadership and struggle for multi-party democracy has fueled an online debate on Twitter after announcing he had finished writing a book titled “ Divinity of The Clitoris”.

A section of Kenyans on Twitter have continued to attack the reverend over his new book, where he urges men to respect the woman genital organ, Clitoris.

In the book, Njoya argues that the Clitoris is a small 'penis' in a woman.

Rev Njoya says that the motive of writing the book was to enlighten men to respect the female anatomy because it was created by God, in his own image.

Here are some exchanges between Reverend Njoya and some Kenyans on Twitter:

U r telling us useless things like Clitoris yet you cannot ashame the Fraudster that Uhuru has become? We don't want a CONDITIONAL JESUS.

Six times in Genesis 1 God saw everything He created as good. If you have problem with Clitoris ur mind is faulty https://t.co/yOQaHOyosB

You are also too much with this your clitoris sir. Wish you could published your book in silence,then enlighten us when it is out.!!

do you know your Kenyan daughters follow you? #REPENTANCE is what you Need! @InsecurityKE @michael_barasa

Six times in Genesis 1 God saw everything He created as good. If you have problem with Clitoris ur mind is faulty https://t.co/yOQaHOyosB

My issuenot about sexuality but ending the mistreatment of girls and women as objectdthat can be mutilated and raped https://t.co/yT9DTlEwx3

I have not read the book. So I will reserve my comment on the issue.However,if the man of the cloth is saying stop mutilating the critoris(FGM) then Iam with him.And yes in my book not mutilating the genitalia would be respecting it...
Again not having read the book,I dont know what is in it,but Iwould hope that the man of God did his research well,and not relied on a world of God from heaven...

From what I have heard from Some Women is that: Some Men have No Respect for their Clitori (plural). Them Diet Men and Dirty Lesbians (I hate Lesbianism, I hate it, I hate it!) think they can just "Touch Clitori with their Dirty Hands (even dirty Long Nailed Hands). And this could be why some women "Catch or Suffer Strange Viginal Diseases" they can NOT Explain (the source).

Advice to Men and those Dirty/Wicked Lesbians!!! (I hate Lesbianism!!!!!!!!!): Wash Your Hands!!! (before Touching that Daughter/Child of God).

What did lesbians do to you?

The way you love baba says a lot about your preference. You don't have to belabor the point!

Man of God what's up. There are better ways to highlight women mistreatment and exploitation.

It's wierd how some men seem sensitive and offended by a woman's body part.Worry about your d!%$ and nuts! Leave the female body alone. We exist because of sex and sexual stimulation the minute you get rid of stimuli organs you're destroying nature. Mother is supreme that's why women " bake that 🎂 cake in the oven for 9 months. @ GUEST 1 not all women practice hygiene and keep it clean down there, there've been cases of lost condoms and tampons in there so...

Why is everyone angry about clitoris monologue, it is the best feature that God gave a woman. Men are just mad that clitoris holds all the power he he he he he.......

Man of the cloth did you have to go that low to made few coins out of selling a book. He put that title in order to sell the book but it is a bad taste.