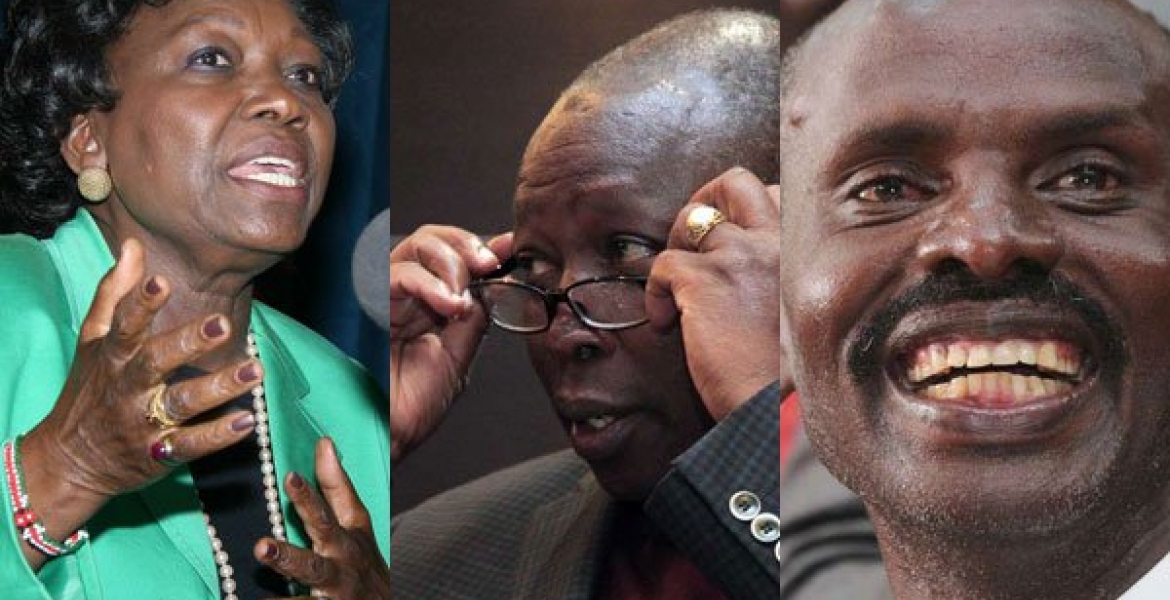 The Jubilee Party has emerged as the biggest winner of the over 32 special seats on offer in the two chambers of Parliament.

The electoral commission on Friday published the long-awaited party lists in the Kenya Gazette, which gives Jubilee Party half of all nominations in the Senate and the National Assembly while all other parties have been forced to share the remaining seats.

From the nominations, President Uhuru Kenyatta’s party has nominated six MPs to the National Assembly with an additional 10 in the Senate.

This is followed by ODM which has three seats in the National Assembly and an additional five in the Senate.

Mr Musalia Mudavadi’s Amani national congress (ANC), Mr Kalonzo Musyoka’s Wiper Party and Kanu have all one seat each in both chambers of the House.

Even though he has publicly turned down his nomination, Kenya National Union of Teachers Secretary-General Wilson Sossion is listed in the gazette, meaning that unless his nomination is revoked, he will now serve as an ODM nominated MP.

It was not clear why the commission had gone ahead to include Mr Sossion’s name but a source at the commission told the Nation that the Knut chief had not formally written to the them asking to be recused.

Also to be nominated to the National Assembly is Mr Godfrey Osotsi, the Secretary-General of ANC.

His nomination comes against the backdrop of behind-the-scenes infighting in the party over bungled primaries last May.

Sources have told the Nation that Mr Mudavadi had to step in and ask Mr Osotsi, party CEO Petronnila Were and the treasurer to resign from their positions after allegations that they mismanaged the nominations for personal gain.

“The party leader was disappointed with them and asked them to quietly resign from their positions. They did what remains is for the executive committee to meet and replace them,” said the source who sought anonymity due to sensitivity of the matter.

Among the big names who are set to return to Parliament through Jubilee nominations are former minister and Starehe MP Maina Kamanda, former Assistant Minister and Runyenjes MP Cecily Mbarire and former Minister and Dagoretti MP Beth Mugo.

Both Mr Kamanda and Ms Mbarire will be serving their fourth terms as MPs in the 12th Parliament.

Mr Kamanda was first elected to Parliament in 1997 as MP for Starehe, where he served until 2007 when he lost to Ms Margret Wanjiru.

He made a comeback in 2013 but lost in his attempt to defend his seat during Jubilee primaries to Mr Charles Njagua alias Jaguar.

Ms Mbarire was first nominated to Parliament in 2002 on Narc ticket.

However, her intention to become the governor of Embu evaporated when she lost to Mr Martin Wambora in the Jubilee primaries.

Ms Mugo will be doing her fifth term as MP after she first joined parliament in 1997 on the SDP ticket.

Others on the list include Mr Isaac Mwaura, who Jubilee Party has nominated to the Senate to represent people living with disabilities.

Mr Mwaura served in the 11th parliament in the same category but in the national assembly after he was nominated by Mr Raila Odinga’s ODM.

He lost in his bid to become the Ruiru MP in the Jubilee Primaries.
CRASH

ODM has given reprieve to former Migori Woman Rep Ms Dennitah Ghati who returns to the National Assembly to represent people living with disabilities after she was involved in a life threatening road accident that confined her to the wheelchair.

Ms Rose Nyamunga goes to the Senate after serving as Kisumu Woman Rep in the 11th Parliament while Ms Judith Pareno, who served at the East African Legislative Assembly will also be in the Senate.

Ms Pareno, who is the chair of the ODM election Board, has been in the crosshairs of senior members of the party, who have accused her of mismanaging the party primaries.

Also making a return to the senate is ODM Secretary General Agnes Zani who served in the same capacity in the first Senate of the 11th Parliament.

Let Kamanda and Beth Mugo should retire in peace. We need fresh ideas of digital age people in their 20s & 30s. Kamada & Beth Mugo have been in government long enough and they achieved nothing ZERO

All this free nominations seats should b deleted coz of the wage bill.Most of this nominated will b nowhere to b seen just eating the cash for free.May the gikuyu God from mount kirinyaga struck them with disease n confusion coz of eating free wanjiku money.Our constitution needs s lot of amendments.Get rid of this free nominations n woman rep seat,bring county's dwn to 25 n mpigs back to 213 instead of 349.