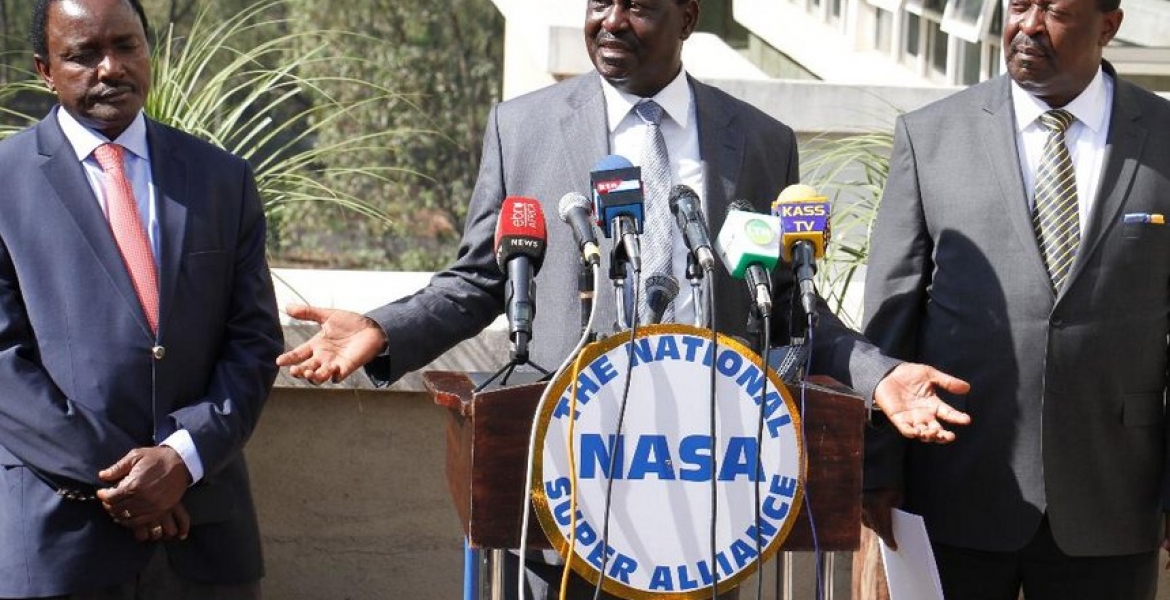 Opposition coalition National Super Alliance (NASA) has distanced itself from remarks made by some of its affliated Members of Parliament opposing pay cuts gazzetted by the Salaries and Remuneration Commission.

In a statement by the head of NASA National presidential Campaign Committee and Amani National Coalition (ANC) Party Leader Musalia Mudavadi, the alliance said the positions taken by some its members did not represent the coalition’s stand.

“In a democracy such as we are building in Kenya, every Kenyan and no less an elected Member of Parliament is free to express their views on any matter. MPs-elect expressing views on the decision by SRC to reduce their expected remuneration have every right to do so, speaking as they are as affected parties.”

He added: “NASA wishes to debunk the notion that the MPs-elect are speaking as collective representatives of political parties or as members of the NASA Coalition. They are speaking as affected individuals, and have every right to do so.”

“We stand for equity and prudent management of public resources. We cannot therefore promote or be seen to promote wastage, avarice and inequities in the Kenyan society.”

“Our members in different leadership positions are highly encouraged to always attempt to mediate their personal interests with public good that constitutes the substructure of ODM ideology of Social Democracy,” Ong’wen said in a statement to newsroom.

The rebuttals come after Homa Bay County Woman Representative Gladys Wanga, a member if Parliamentary Service Commission termed the move to slash MPs income as a plot to reduce them to “beggars”.

“There is a mission to demean the MPs and reduce them to beggars and perhaps like the 90s expect them to troop to the Executive very Friday begging for handouts to be able to go back to their constituencies and this will not happen under our watch at the PSC; members will not be reduced to beggars as we look on,” she told a news conference held at Parliament Buildings on Nairobi.

The move by SRC to slash public officers income, including that of the President will save over 8 billion shillings from the bloated public wage bill.