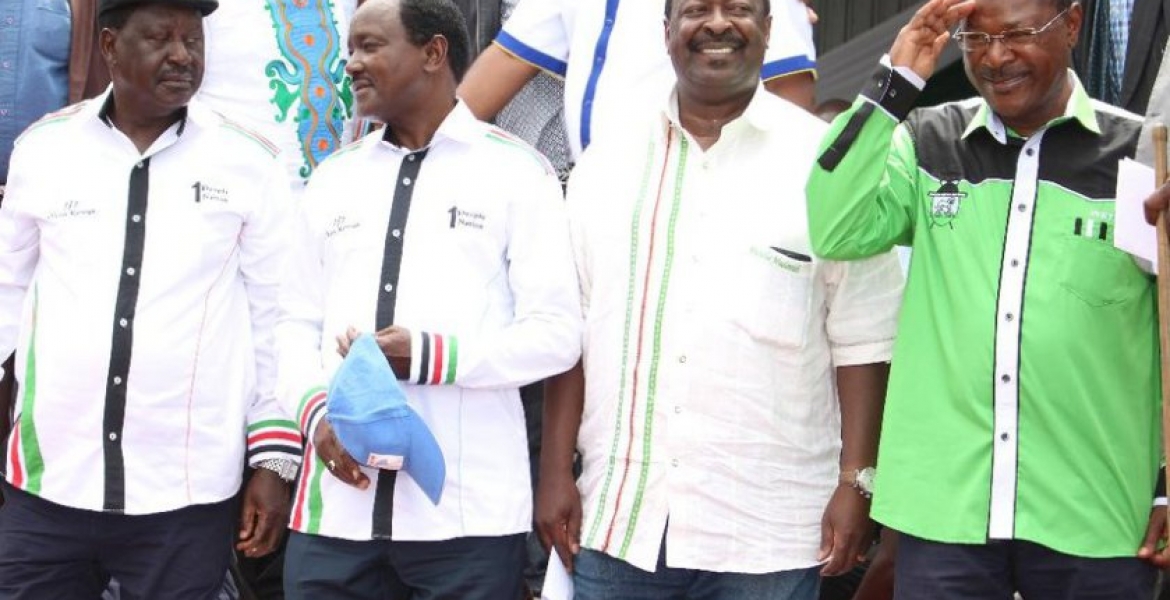 Opposition coalition National Super Alliance (NASA) leaders will be taking part in a prayer vigil scheduled for Sunday, outside the Supreme Court in Nairobi.

The event is expected to kick off at 11 am and will be attended by NASA Principals led by Raila Odinga, who will preside over the event.

Bungoma senator Moses Wetang’ula said the coalition will hold peaceful vigil outside the Supreme Court on Sunday to pray for the petition before the Supreme Court filed by former Prime Minister Raila Odinga seeking the nullification of President Uhuru's reelection in the August 8th elections.

“We agreed that all Members present here and those who could not make to the meeting will join us for the prayers”. He said after a press briefing after a parliamentary group meeting at Okoa Kenya offices in Lavington on Friday.

Earlier today, a group of NASA MPs led supporters in peaceful protests outside the Supreme Court to demand for justice in the petition filed by Odinga at the court.

NASA and their leader Raila needs a witch doctor to preside over the witchcraft on Sunday. God does not listen to lairs and thieves. Praying to God is trying to undermine the almighty and label Him stupid. Raila needs a vodooooo doctor at this time. And vodooooo will not do any magic.