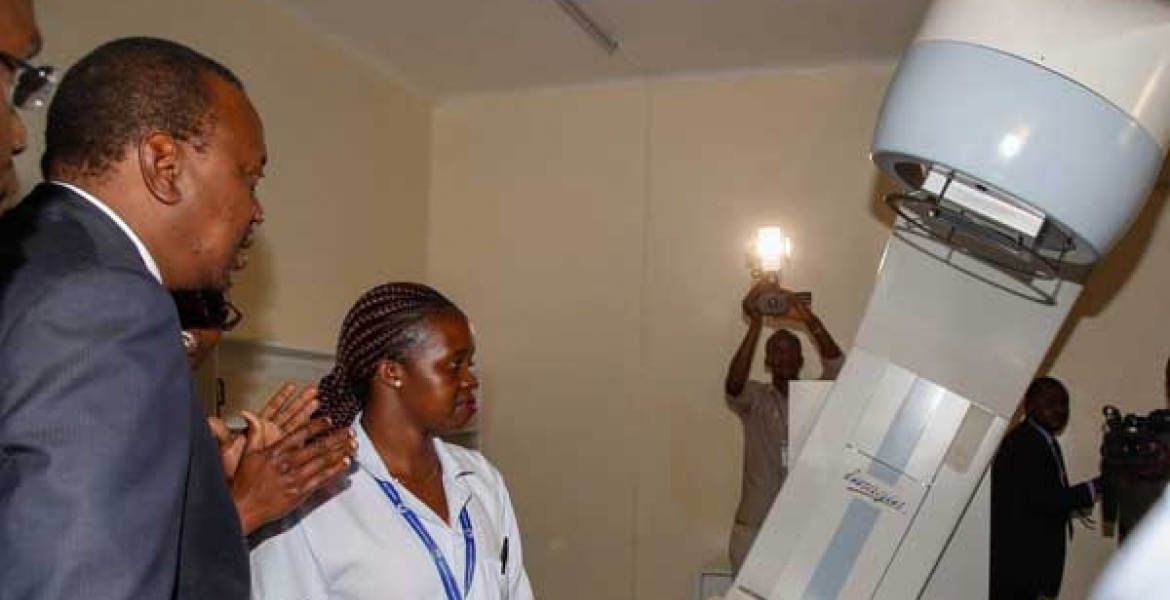 The new center, launched by President Uhuru Kenyatta on Friday will increase the number of cancer patients attended at the facility on a daily basis from 120 to 190.

The center will also reduce the treatment waiting time for patients, from  earlier three months to one month.

“The equipment we have launched today (Thursday) further reaffirms the government’s commitment in the fight against cancer,” said the President.

The head of state thanked the government of India for donating some of the equipment.

President Kenyatta pledged that his government will continue to fund the expansion of hospitals to improve handling of cancer related cases.

“My government will expand cancer treatment services by upgrading KNH and Moi Teaching and Referral Hospital, Eldoret, and establishing six new cancer treatment centres in strategic locations across the country.

“This will improve access to treatment and enhance patient health outcomes,” he said when he addressed KNH staff.