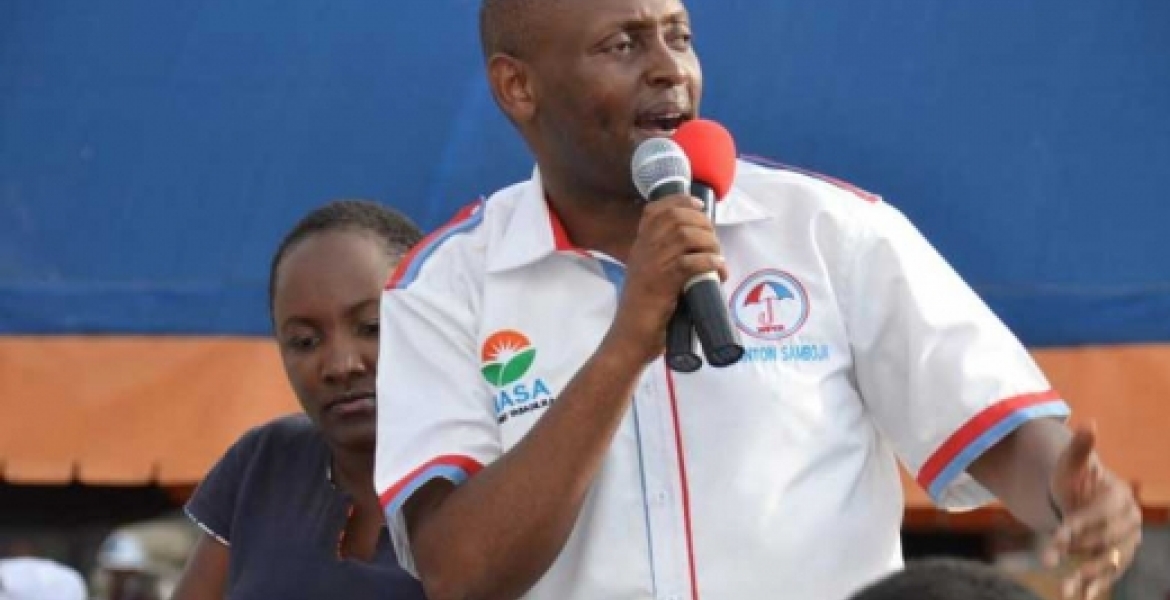 Kenyatta University has disowned a degree certificate that newly elected Taita Taveta Governor Granton Graham Samboja claims was awarded to him by the institution.

Samboja has been facing allegations of possessing a fake degree certificate, which he used to contest for the gubernatorial seat, but had continued to deny claims that he holds a fake degree.

In a letter submitted to Ethics and Anti-Corruption Commission (EACC), Samboja described how he attained his academic degree from Kenyatta University.

“I went to Mwakishimba Primary School in Taita-Taveta in Taita Taveta and finished in 1990. I then joined Ngangao Secondary School and obtained a D plain.”

Kenyatta University has ,however, through a letter signed by acting vice chancellor Prof Paul Wainaina on April 24, responding to an inquiry by EACC denied awarding the governor the certificates he claims.

“This is to inform you that there are no records in the university to indicate that Granton Samboja of ID number 1254***1 was a student of Kenyatta University and graduated with a Bachelor of Commerce in 2009.

“From the above, therefore, Mr Granton Graham Samboja was not a student of Kenyatta University during the period referred in your letter.”

Samboja maintains he studied a degree in human resource Management at Kenyatta University before being appointed a director of a media firm associated with President Uhuru Kenyatta.

An oath of office was administered to Samboja, despite him facing two court cases in Nairobi and Mombasa challenging his eligibility.