NASA: We Have a Bombshell to Demonstrate Massive Electoral Fraud 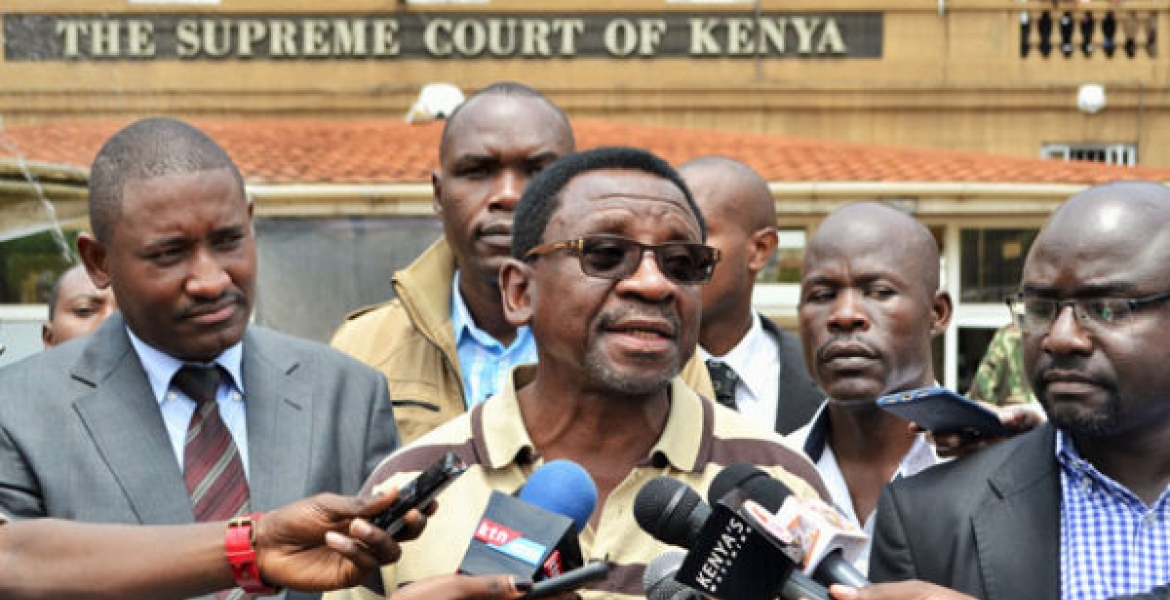 As Supreme Court hearing for presidential petition filed by National Super Alliance (NASA) leader Raila Odinga formerly begins on Saturday evening, the opposition coalition claims that it has a bombshell that will expose massive election irregularities.

NASA through its lawyers, led by the Siaya Senator James Orengo on Friday expressed confidence that their petition will sail through.

Orengo said that the nation is prepared for a rude shock after they unearth massive election irregularities that rocked the August 8 polls.

“I think we have a bombshell and that looking at it on the trial we will demonstrate that there was fraud committed during the elections. Many of the papers the Independent Electoral and Boundaries Commission submitted are fake,” said Orengo.

Speaking to the media outside the courts moments after submitting their written submissions, the Siaya Senator said the election discrepancies captured in their evidence raises serious questions over the credibility of the polls.

“In my many years of practice, I have never seen such a magnitude of fraud and forgery in an election and we are going to demonstrate and not from our own papers but from the papers filed by IEBC,” said Orengo.

“We have a bombshell. We will demonstrate that fraud and forgery of monstrous proportion were committed during the election process,” he said.

The Supreme Court judges will conduct a pre-trial hearing on Saturday at 7 pm.

Go drop your bombshell at the court. Stop nagging the public.

If NASA had any bombshell they would have disclosed it already. NASA You are all not thinking and doing to the best interested of the Country. Just move on you lost elections. Raila you are 70 years old we need young leaders with millennial thinking and ideas. Not you old mentalities. Join hands with Uhuru to make our country great