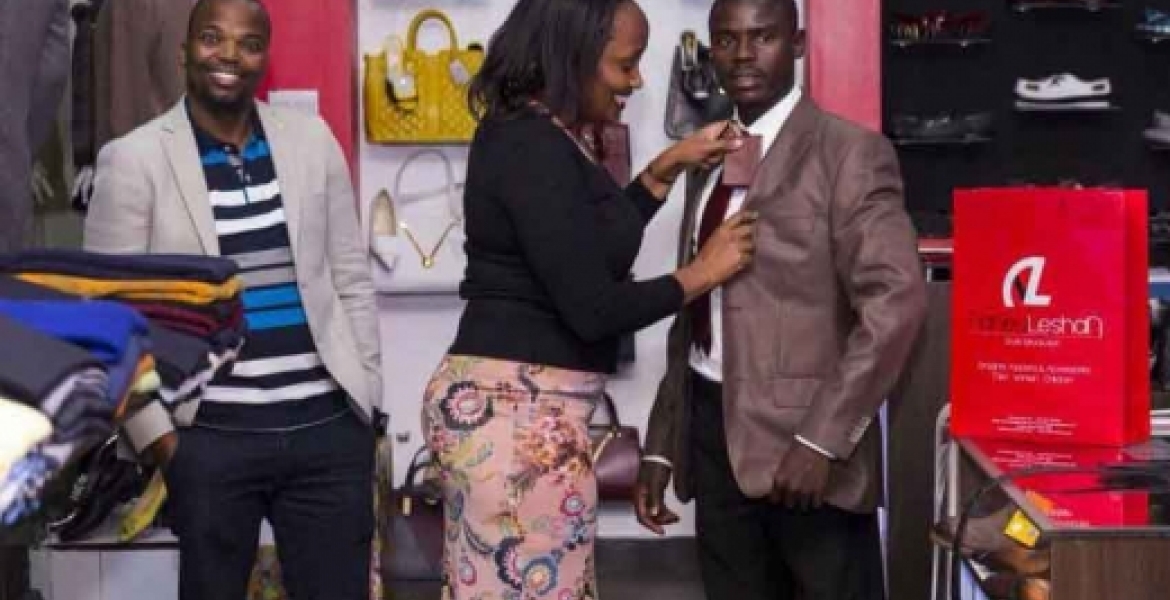 The youngest MP in the just-elected National Assembly, John Paul Mwirigi, has been treated with a new makeover courtesy of one of President Uhuru Kenyatta’s designer.

23-year-old Mwirigi defied all odds to clinch the Igembe South MP seat on an Independent ticket and has now earned himself a wardrobe makeover befitting his new status.

In the photos that have gone viral online, the newly elected MP can be seen trying on new high-end suits in company of new Dagoretti South MP John Kiarie and Churchill Raw comedian MC Jessy.

During campaigns, Mwirigi relied on well-wishers to fund him and recently hit headlines when he rode on a public service bus from Meru to Nairobi to attend orientation at the parliament since he does not own a car.

After the meeting, Mwirigi allegedly walked on foot looking for a friend who had volunteered to drive him around until he purchases his own car.

Kwani there are no other designers in Kenya this same person was pictured dressing githeri man.Using her proximity to the president to get business there is better out there and Uhuru cannot really be described as a sharp dresser

Sharp dresser my foot. Whatever that means?