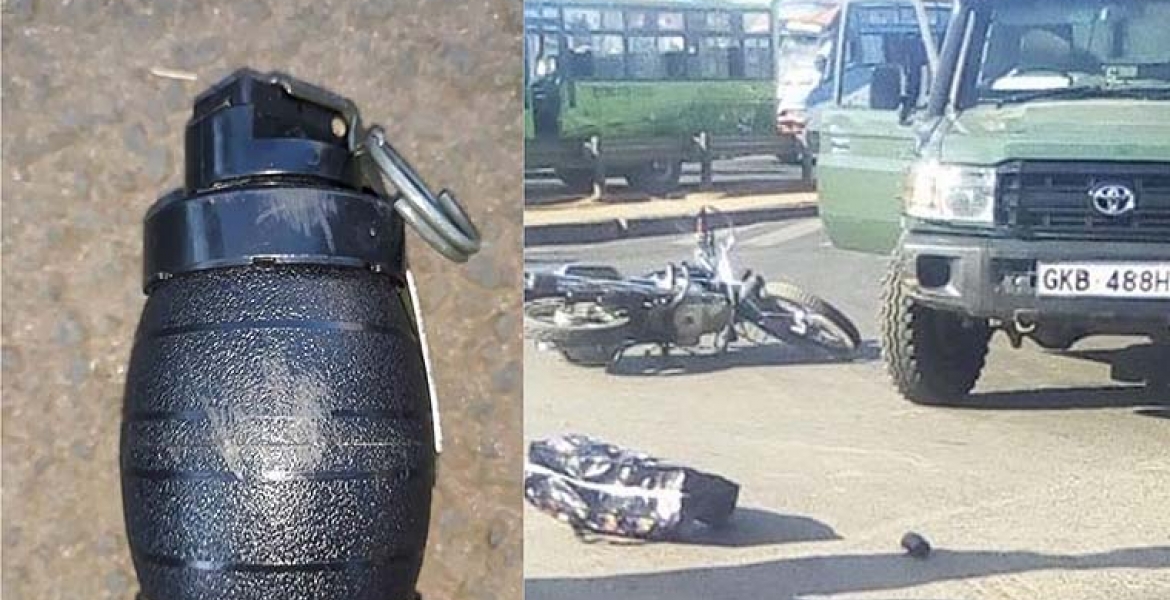 Five people have been arrested in Nairobi after they threw a live grenade at police officers along Thika Superhighway on Monday evening.

The five suspects are said to be part of a nine-man gang that was riding on three motorcycles towards Thika Road from Mathare North estate, where they had stolen cash from Mpesa shop.

Police officers who were on patrol gave chase on a motorbike and managed to corner some of the gang members.

Four suspects managed to escape while the rest fell off their motorcycles and were quickly arrested.

"The gang had stolen an unknown amount of money from the shop and was escaping when they bumped into police officers on patrol but declined to stop, and instead raced off on motorcycles," police say.

One criminal who was fleeing on foot hurled a grenade at the officers before running back into Mathare North estate.

A hand-propelled grenade, three phones, and several flash disks were recovered during the operation.

Police have launched investigations to establish whether the suspects are part of a Kayole-based gang that has been terrorizing Nairobi residents.