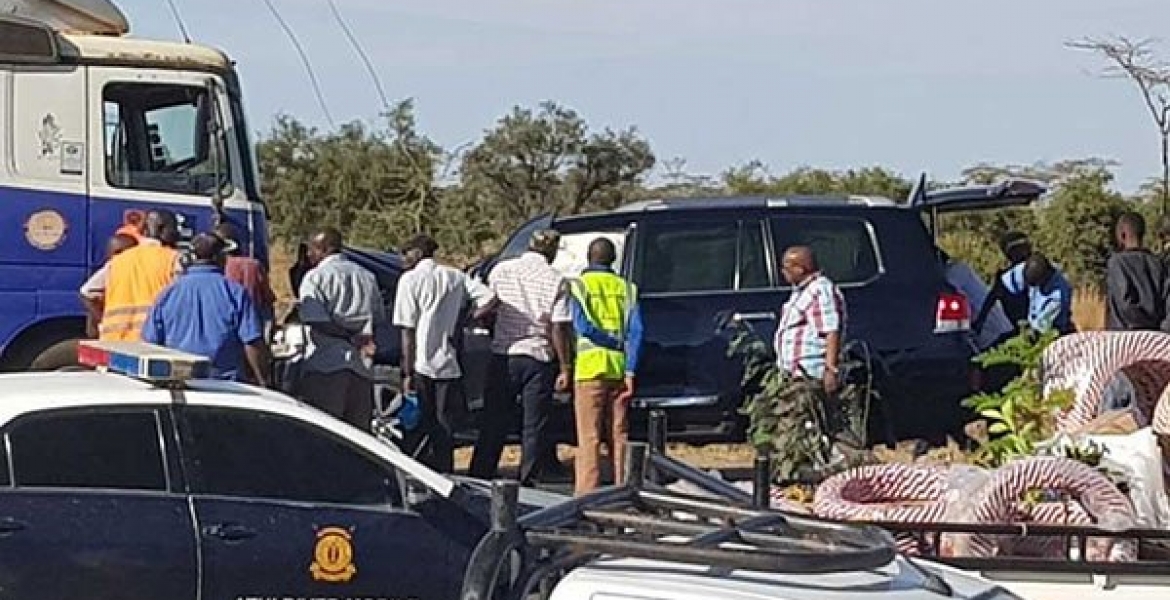 Four diplomats are admitted to Machakos Level 5 Hospital after they were involved in a multiple-car crash along Mombasa Road on Tuesday evening.

The diplomats sustained serious injuries as a result of the crash that happened at Lukenya Bridge on Mombasa-Nairobi Highway.

They were rushed to Machakos Level 5 Hospital in serious conditions.

Police say the four diplomats were traveling back to Nairobi from a meeting at Maanzoni Lodge in Machakos County.

The 5 pm crash occurred after the driver of a vehicle coming from the opposite direction failed to give way to the diplomats' convoy, resulting in the head-on collision with the vehicle carrying the Zambian ambassador.

The other diplomats' vehicles also lost control in the process and collided with other cars using the busy highway.