Bishop Gakuyo Moves to Court to Block Police from Arresting Him over Theft of Sh1.5 Billion from Ekeza Sacco 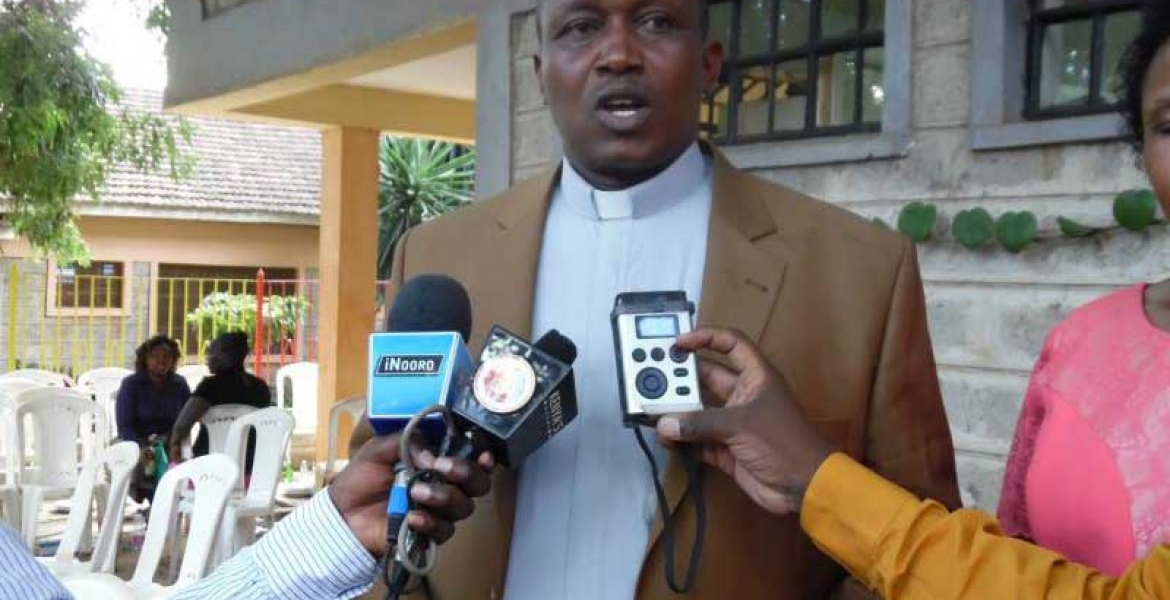 Televangelist David Kariuki Ngare alias Gakuyo has moved to court seeking to stop police from arresting him over alleged embezzlement of Sh1.5 billion from Ekeza Sacco.

In documents filed at the Milimani Law Courts, Gakuyo wants the court to issue temporary orders blocking Interior Cabinet Secretary Fred Matiang’i and Director of Criminal Investigations (DCI) George Kinoti from investigating and arresting him over the scandal.

He argues that CS Matiang’i order instructing the Inspector General of Police to investigate and charge him for allegedly siphoning Ekeza Sacco members' savings is illegal.

Gakuyo further blames politics for his trouble with the authorities.

“For some time now there has been prolonged litigation between the Commissioner of Cooperative against me, Ekeza Sacco and Gakuyo Real estate which I believe had a political motive,” says Gakuyo.

He notes that he fears he would not be accorded a fair trial in court since the police are acting under pressure from Matiang'i and his political opponents. He further alleges that his political rivals are inciting the public against him.

“I believe that CS Matiang’i is unconstitutionally interfering with police independence in investigating and directing them to arrest and prosecute me before magistrates,” he notes.

He accuses the DCI of not being independent as he has received instructions from Matiang’i to take action against him.

An audit on Ekeza Sacco accounts revealed that Gakuyo irregularly withdrew the funds from the society and put them into his personal account.

He allegedly used the money to buy personal property and finance his expensive lifestyle.

This criminal should be arrested and everything he owes should be taken leaving him in a t-shirt and underwear.

Only in Kenya where a criminal and a thief can go to a Court of Law to file an Injunction to stop police from arresting him/her after they have committed the crimes.
WHAT A JOKE.

How can you steal and then get a court order to prevent you from being arrested? Thieves should be getting a court order before going to steal.

Are the courts to defend the "rights" of the mighty and tramp on the rights of the downtrodden? Are his rights above the rights of the people he has supposedly swindled? I do not understand (and for a good reason) why being arrested and arraigned in a court of law (presided by a true judge) is viewed as injustice in Kenya, While common people complain about loosing life savings through such a fella is considered as justice. In my view justice can only be found in courts when one has been accused but not when court is used to subdue justice or forestall process of justice which includes arrests.

What kind of justice system do we really have in Kenya. The accused are able to go for an injunction against the government to stop any investigation and arrest of theie wrongdoing!! What system is this?? The so called Bishop has stolen millions of the Sacco members. Now he is playing the victim. He wants the government to stop looking at his financial crimes??? This is the same playbook used by thousands financial criminals in the country. How are they getting away with screwing the public over and over. The Bishop should be in jail somewhere and all his ill gotten wealth confiscated.

To my opinion when you commit a crime you are trowing yourself at the mercy of the court. The judicial system should be overhauled. How can we expect the police to arrest and deliver suspects to court, when the same court is issuing injunction for an individual not to be arrested?.Gakuyo should return the funds to the Succo or the government should auction off all his property and refund the members money.

They have mushroomed in all mannersim of appealing titles in the names of prophets,pastors,evangelists,tele evangelists,apostles,intercessors,reverends,etc name them the list is endless into which unsuspecting congregants become their cashcows to which this followers are milked even their blood and at this point is where they realize the so called men n Women of god are all just but pathetic bunches of mere cons.Govt should come in and put measures to control this menance and culprits like this made to pay back and face justice.