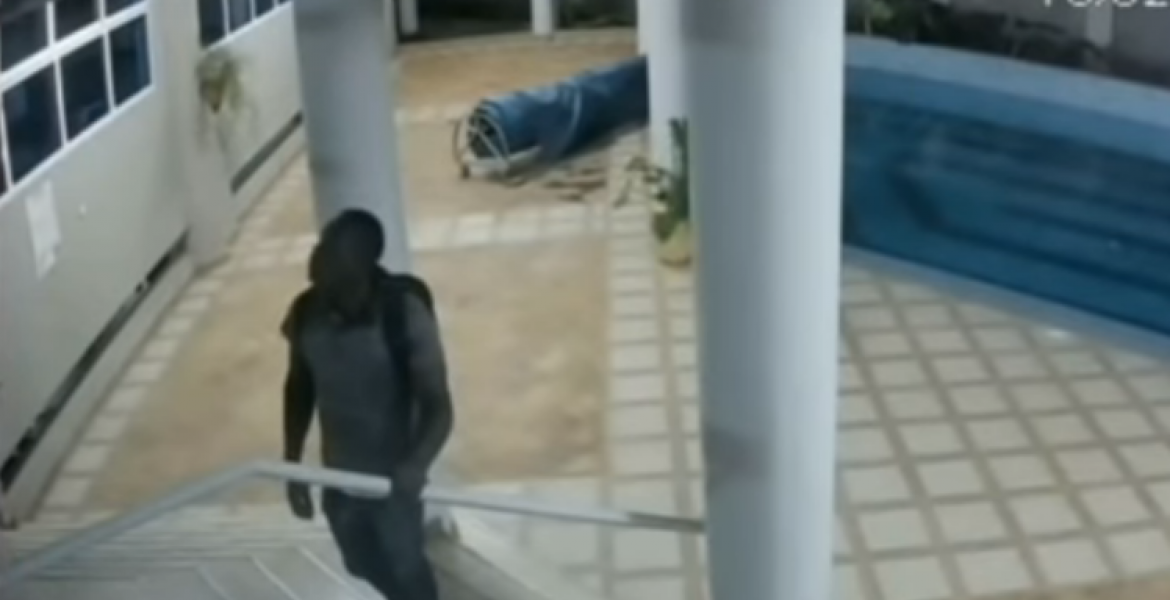 Detectives from the Directorate of Criminal Investigations (DCI) have arrested a burglar nicknamed 'Spiderman' who has been terrorizing Kilimani and Kileleshwa residents for the last few months.

The suspect identified as Michael Joseph Otieno Odhiambo was arrested on Friday at Greenhouse Building by officers based in Kilimani.

The suspect was found with several laptops, pliers, a cutter, a hacksaw, and a ransack bag.

Police launched a search for the lone burglar last month after he was caught on CCTV breaking into several apartments in the two estates.

Videos captured by CCTV cameras showed Otieno carrying a backpack and is armed with skills that enable him to scale from one floor to another, hence nicknamed 'Spiderman.'

In one instance, the well-built man was captured on CCTV at 12:52 am jumping over fences of different residential apartments in Kilimani.

In the video, the daring man is seen pulling a typical ‘Spiderman’ stunt and climbs through a stair rail to the first floor.

He is said to have stolen millions of shillings after breaking into a safe in one of the apartments that night.

The owner of the house reportedly suffered shock and was rushed to hospital after discovering that his cash was missing.

Days later, he allegedly broke into an apartment belonging to a foreigner and stole a firearm that had been kept in a safe.

“I live on the second floor, and one morning I woke up and my jewelry and my laptop were missing, my house had been broken into,” one of the burglar's victim told Citizen TV last month.

“I got hurt… because anything can happen, material things can be recovered, but it really scares me that someone was in my house and I’m all alone.”

He will be arraigned in court to face burglary and stealing charges.

Here is footage of the man captured in one of the apartments: https://youtu.be/kHFLAZcw6R4

Evil genius he was but now he is a criminal like any other dump criminal out there. So wacha hi maneno ya ku glorify uhalifu using spiderman tag.

His ultimate Spider-Man challenge will now be climbing out of prison.