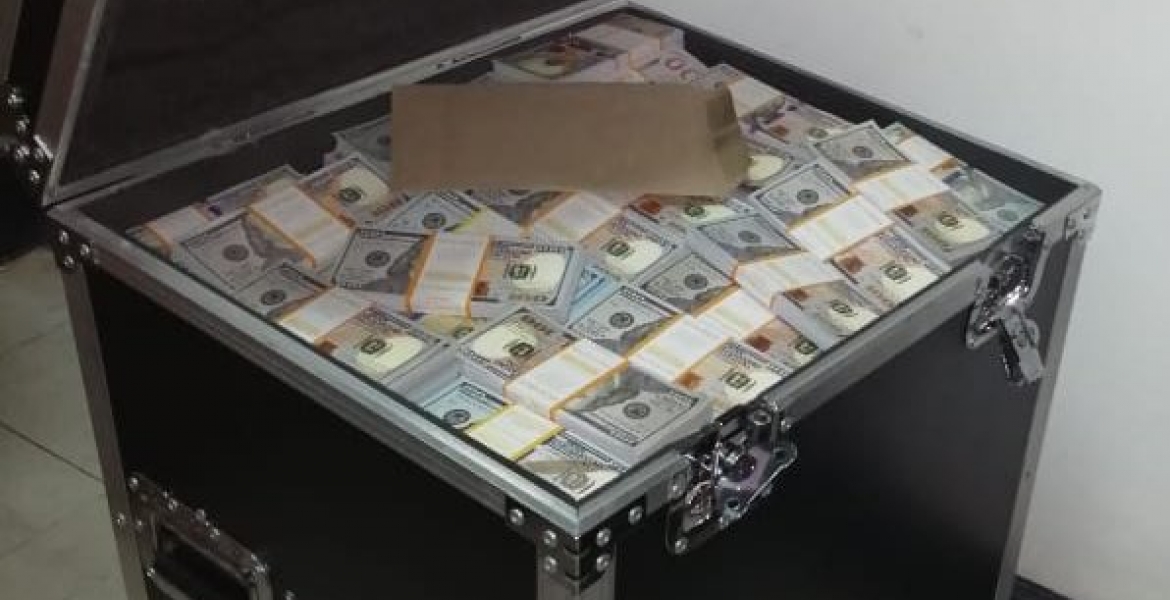 It has now emerged that close to 20 Kenyan Members of Parliament are part of an illegal business involving fake currency and gold.

The MPs have been found to be part of a local and international cartel that has been defrauding unsuspecting individuals and investors out of their hard-earned cash.

After an investigation, The Standard reports that the cartel also comprises of police officers, fast-talking wheeler-dealers, immigration officials, bankers, high-end hotels as well as judicial officers.

The publication reports that the criminal ring books scouts into presidential suites in five-star hotels, where they pose as rich businessmen.

Here, the agents interact with the rich before offering them 'lucrative' business deals.

The counterfeit currently, alongside 70 kilos of fake gold, was found inside a safe deposit box.

Four suspects, including the registered owner of the box Eric Otieno Adede, were arrested in connection with the money.

The seizure came weeks after detectives impounded Sh32 billion in fake foreign currency at a residential house in Ruiru town on February 27th.

In October last year, a Chadian national, his son and a Kenyan were arrested after they were found with Sh1 billion in counterfeit US Dollars and Euros.

The Standard reports that the counterfeit currency is printed in bulk in Luthuli, Khoja and Kirinyaga roads in Nairobi.

The publication says the printing joints are equipped with printers and get supplies of vitamin C, iodine liquid, paper cutting machines, and printing papers.

Sodom and Gomorrah thriving as usual

WOW, AND YOU ARE FIGHTING CORRUPTION IN KENYA?, Every man/woman for himself/herself and GOD for us all.

Just wondering if his honorable DR. VP W. S. Ruto made in this league or was it a passing by train?

Not surprised at all

This is a Rotten Parliament Gvt they are cleansing fake money with Geniune Gvt allocation..at the end if Strict measures are not taken our economy will drop like a stone in the Ocean.

The beautiful Kenya is no more, too much and escalating crimes! We have to act soon or loose the country to the criminal. The further we wait, the complex it gets. I am not a prophet but i am certain we are all aware of that.

Bubble about to burst? No wonder the efforts to fight corruption are thwarted left, right and center. Dissolve the parliament and let them seek fresh mandate. Then declare corruption a national disaster and invoke a state of national emergency six months to fight corruption. Rais sir, let the legacy be that you dismantled corruption and economic crimes in Kenya. And as Mathew 6:33 says" and all these things shall be added unto you" including your BIG four!

Let see their names. Without names it is fake news.

yaaani we the Africans have copied the western lifestyle ya wuxi,ushelati,ushoga,counterfeiting,lobbyist which is all corruption!Let investigation b done n put them at uhuru at spray them all with bullets then uza magari,mashamba,manyumba zao zote n the wives/children become chokoras otherwise if nothing is done our country kenya is finished but let me remind the usa diaspora how chicago was rotten to the core with maffias but today it changed so i still remain positive n am not a quitter.

What a country. All the public officials are corrupt. The current government is unable and unwilling to tackle this menace, since they are all knee-deep in this shit. No accountability and no consequences since they are all benefiting from these huge economic crimes. it is all talk everywhere you look. Talk, talk, talk. The fleecing continue unabated. And so it goes. Talk,talk,talk.

Country went to the dogs KITAAAAAMBO!!! Hii ni porojo tuu and NO ONE will be held accountable! Maybe the next thing you'll hear is those who got weak in the knees and looked like they were gonna spill the beans die mysteriously! A HUGE percentage of Kenyans are entangled in and muddied with corruption one way or another! "Hakuna dhambi ndogo, Mbele ya Mwenyezi Mungu". Tuseme nini jamani. As a country we've witnessed the onset of Corruption in Kenya, hadi it's maturity. We've witnessed and experienced it's effects, lakini Wakenya ni nani? It even took several daring mutations right infront of our eyes. Now when "they" want you to look this side, worse things are happening on the opposite side. Hii corruption haijui gender, age, profession ni mchanganyiko maalum. Na bado. There has to be a revolution, let all feel the brunt, for any changes to take place. Saa hii tuko honeymoon phase of corruption after completing a full cycle. Ukijipata uko broke leo, ni phone calls kadhaa, chapa deal moja, mbili... Mambo sawa. Kenyan style😒

@Mbwana,unfortunately you are right.Loot if,and when you can before it runs out seems to be the message.

The time for revelation is now. (Everything is being revealed). It's only going to get worse before it gets better. One Nationality is at the exit door in the rulership of this world; while the other is at the entry. Corruption and every other madness will increase before it ceases to exist.
There will more of what has been. Our so called "leader's" are being exposed for who they really are.
May God help Kenya, Africans in Africa as a whole and the African community in the diaspora ( The Hebrew Israelites)

Kenya!, Kenya yetu! I love my country to death but I am afraid to say I am proud to be a Kenyan. I think Kenya have a deeper theft, corruption traditional we don't know!. This guys have assured life after death. Why are they doing stupid stuff??????.

Provide us with all the twenty names of the MP's and all the others involved in this crime if indeed this is true otherwise I personally will conclude that this is yet another piece of fake news.

BS, 20 MPs and the reporter cannot even recall one?

Raila is in the mix