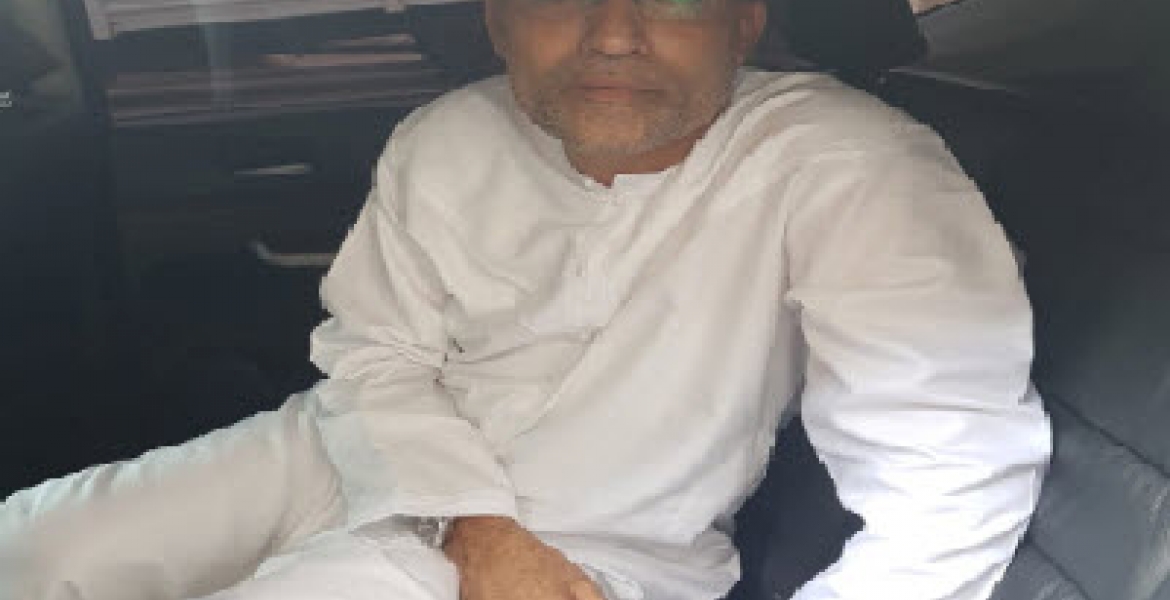 Timami was found with one kilogram of heroin estimated to be worth Sh1.5 million.

Detectives say the narcotics were wrapped in a polythene bag and concealed in the tycoon's new vehicle.

He was apprehended while allegedly preparing to make a delivery to his chain of distributors.

Timami, who owns a fleet of trucks that operate within East Africa, is suspected of being involved in the drug trafficking business for 10 years.

He is currently being held at Central Police Station in Mombasa and will be arraigned in court on Monday.

He’ll be back roaming the streets in a few minutes

I hope there will be NO court fines or any other technicalities to have this PIG out even for hours the case will be bribed off.
I personal have lost a brother and close relatives and friends cause of such PIGs.
We have for many years gave tips to the Authority that the wealthiest PIGs with transportation businesses are drug deals but the police took it as a source of income. Now seems like KINOTI is press down hard on drug syndicate between the top police and the dealers. Hope others will follow.....THANK YOU KINOTI.

Truly ALLAH answers prays at his own time. ALAAHAMDULLILAHI!

Didn't his wealth come from all of this?

I could say YES to that cause imagine 1 kg of heroine is worth 1.5 M. That can easily distribute huge amount using they transportation chains across East Africa and their boundary countries such as Congo, Sudan, Malawi and Zambia.
His family held at Mombasa known as TSS and were originated from Tanzania.
Hence most than likely drugs and other and unknown deals are easy money that got them there were they are now and no body can't run away from such deals once you try out the first time.

Who knows the TSS family could be drug business competitor to the Ibrahim AKash's family.

Just count the days when this heroine dealer spend in jail. According to Kenyan justice system, it will be zero. He will bribe everyone in the judicial system. He will be out there selling his ware very soon. Mark my words. Justice, Kenyan style. Bribe, bribe, bribe your way out. Justice for sale.

Kenyan tycoon is a euphimism for thief, crook, corruption King or drug dealer

He looks like the pile of poo emoji 💩.. and he is one indeed.