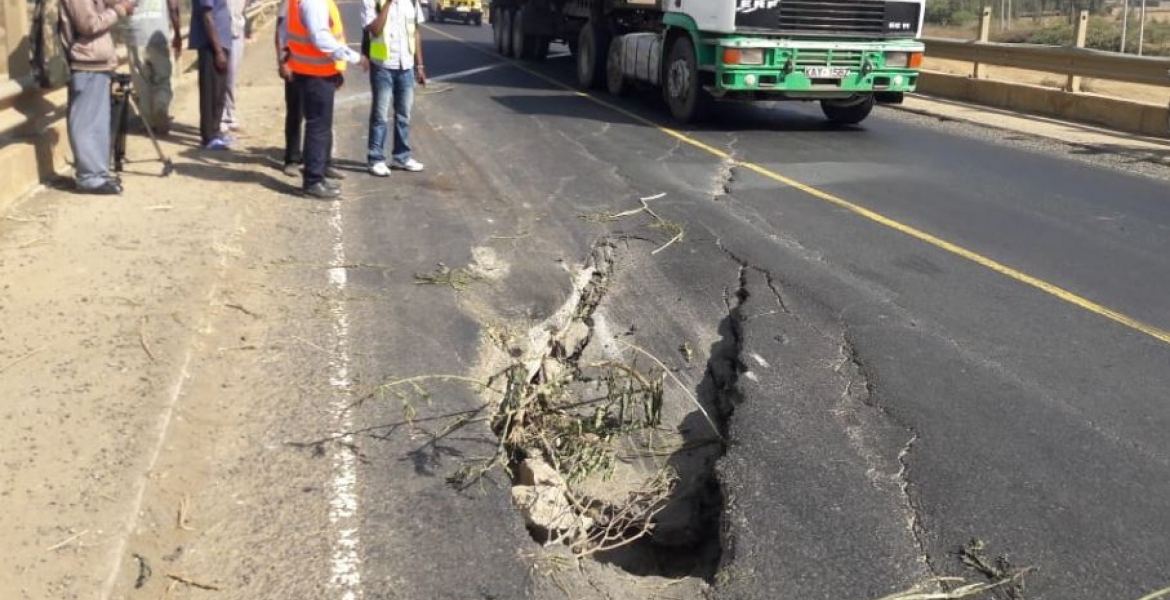 The tremor was felt in several counties including Nairobi, Mombasa, Taita Taveta, Machakos, Nakuru, Makueni, Nyeri, and Kiambu at around 7 pm.

The tremor shook buildings in the city for a few seconds with people reporting feeling their seats and tables moving.

www.earthquaketrack.com, a website that tracks earthquakes, says the tremors are linked to an earthquake that struck Indonesia earlier in the day.

Seismologists identified Wundanyi in Taita Taveta County as the epicenter of the magnitude 4.8 quake.

Following the tremors, a huge crack occurred on a section of Naivasha-Mai Mahiu Highway, leading to the closure of the busy road.

In a statement, the Kenya National Highways Authority (KeNHA) has advised motorists to avoid the highway over the fault line on a bridge near Fai Amarillo factory.

Private vehicles have been advised to use the Kamandura – Limuru – Kinungi – Naivasha Highway.

“In the meantime, traffic police have been deployed to the site to direct traffic on a detour of the road section that has been created to facilitate traffic flow,” says KeNHA.

“Particularly, we advise all motorists to observe lane discipline and avoid overlapping, which can result in traffic flow disruptions.”

Kenya's Meteorological Department says there is no risk of a Tsunami as earlier warned by some international experts.

The tremor had a depth of 9.54 kilometers.

I wonder how prepared we're for such disasters! Can you imagine a tidal wave of magnitude 8 in the indian ocean hitting the port of Mombasa!