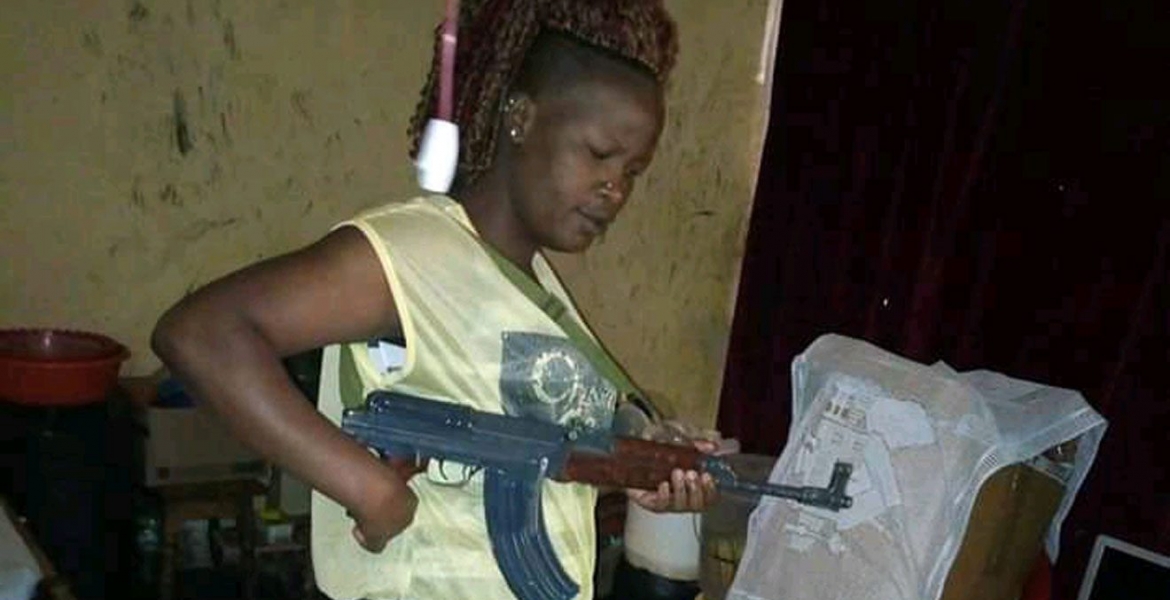 Photos of a Kenyan woman posing with a firearm have gone viral on social media on Monday.

In one of the photos, the woman identified as Eveliyne Kemunto on Facebook is seen holding a rifle inside a sparsely furnished room.

“Sasa kwenye kumefika kesi baadaye,” she captions one of the photos.

Kemunto, who is wearing a yellow top and a bluish short, has used one of the photos as her profile picture on Facebook.

In another photo posted on the social media site, the woman is seen wearing a police cap while dressed in civilian clothes.

It is not clear where she got the firearm but Kenyans online suspect her boyfriend must be a cop.

Kenyans on social media want the Directorate of Criminal Investigations (DCI) to track and arrest her.