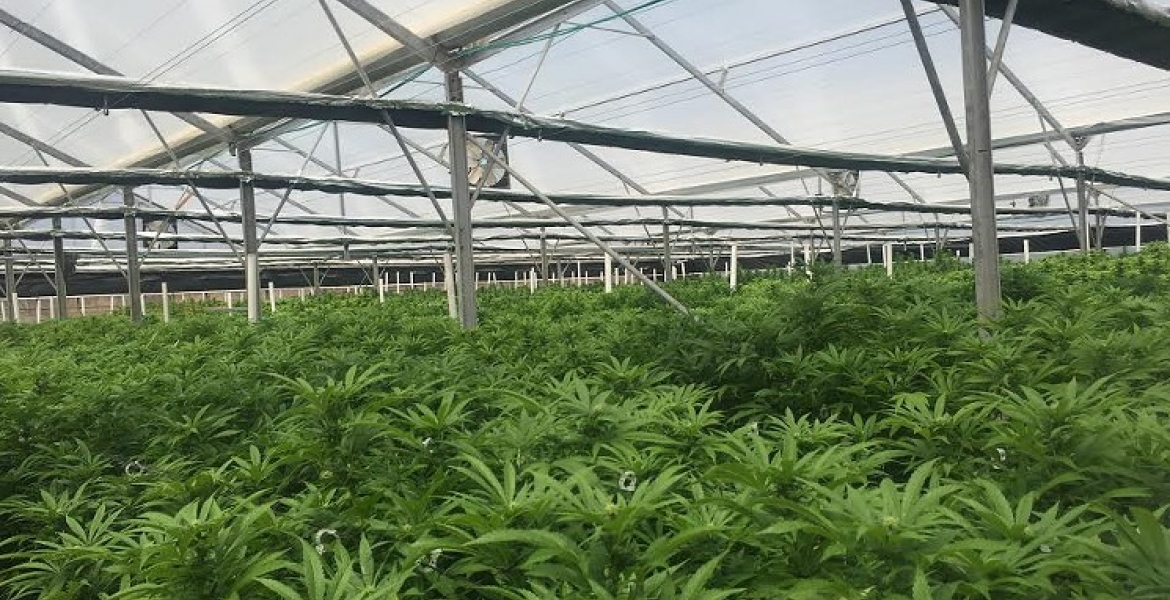 An American company has revealed that it has obtained a permit to grow marijuana in Kenya.

GoIP Global Inc., a New York-based firm has informed its shareholders that it will be growing the stimulant on a 500-acre piece of land in the East African country.

The New York's OTC Markets-listed firm has announced the news to its shareholders in a statement dated March 7th.

“After visiting Kenya and meeting with officials in the country, I am very excited about the prospects this agreement (license) brings to our company. This is the first of several critical transactions that will transform GoIP into a relevant member of the burgeoning cannabis industry,” says company chairman Ike Sutton in the statement dated March 7th.

“The lease term will be for 25 years and Kenya being on the Equator provides the best conditions for all-year-round production,” the statement adds as quoted by the Business Daily.

The Business Daily, however, reports that Kenyan authorities have denied issuing such a license, stating that marijuana remains a banned plant in the country’s laws.

“I am not aware of the licensing of the said firm to grow marijuana. As you are aware, cannabis is not in the list of crops that we currently regulate,” says Agricultural Research Principal Secretary Hamadi Boga.

Boga says that the law must be amended to allow cultivation of cannabis in the country.

GoIP in its statement said it had obtained an interim license from Kenya's Ministry of Agriculture allowing it to cultivate bhang.

The US firm says the crop grown in Kenya would be for export to European Union countries and Canada, where the demand for cannabis for medicinal and leisure purposes have been on the rise.

Kenyan laws criminalize dealings in marijuana with huge fines and jail terms recommended to deter possession, growing, and trafficking of the drug.

This article is about investing in the company, and not growing anything. Don't be surprised if pastors in Kenya are already recruiting investors for GOIP.

The thought of leasing land for 25 years straight in Kenya is not very wise in my opinion. I may be wrong.
And the kind of corruption in Kenya, it is possible they gave the license knowing full well it is illegal to grow bhangi.

Why not grow it in upstate New York? They have a humongous real estate there. All that weed will be sold to your children. Chauri yenu if you allow that kind of nonsense. I do not think you can export weed to EU or America. Wanakataa miraa ni marijuana watakubali?

What a joke. Kenya cirizens go to jail for growing one bush but the government will allow foreign comparmies to grow on 500 acres for 25 years.

Kenya is watching- please cancel that contract and support Kenyan farmers to grow what we need for consumption and for export, and what makes sense for the Kenyan people. Our youth are already hooked to alcohol. Add bhang and they will be totally lost.

They can grow it in California and Texas.

Why would any government that right now has hunger issues lease arable land for weed growers for export ? Simple question!

They need to legalize to its Citizens and bring them out of poverty and generate tax.

I think so @Mwananchi. I've seen the Odinga son (Jnr) leading the legalization of Marijuana debate...and I can bet my last coin this company is fronting for one of the Kenyan wealthy families.... ( https://www.youtube.com/watch?v=R5gylkugiSE ...sorry I digress). I know it will be legalized very soon...and these leaders/wealthy ones are just setting themselves up to mass produce and own that money-minting biz for themselves.

I see nothing wrong if it's strictly for export. Good for our economy.

How is that good if the land used use is arable for crops that we desperately need or the export money will be used to import food ? That seems convoluted to me .

We also need foreign currency to import farm machinery, fertilizer and other inputs for food security. We've got to balance things men.