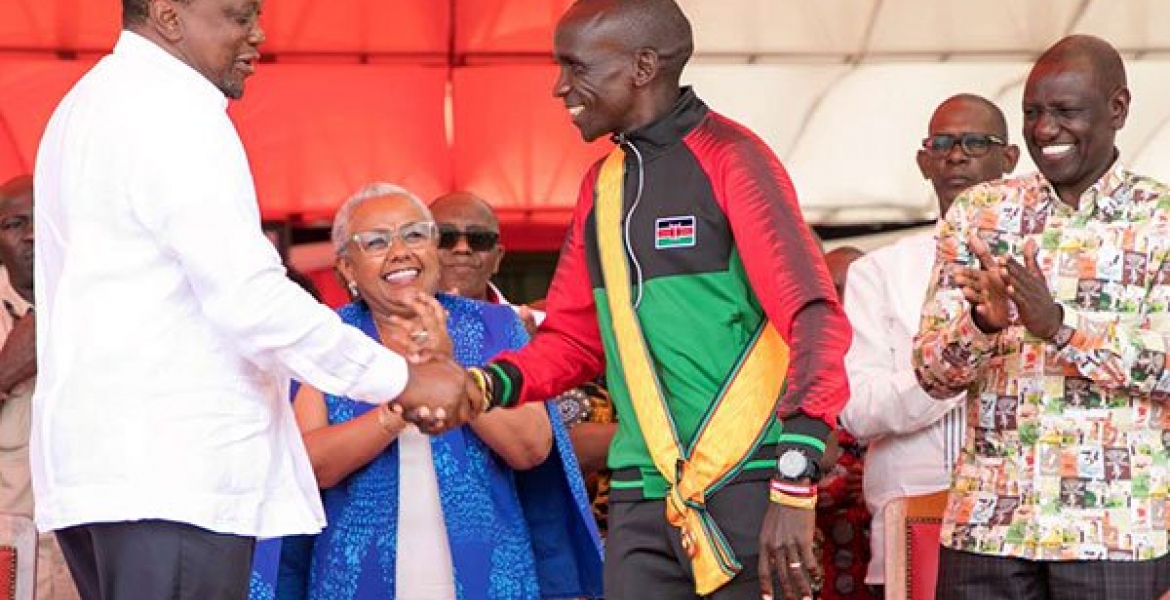 The Ministry of Foreign Affairs has picked a number of Kenyan sportsmen to rally support for Kenya’s bid for United Nations Security Council (UNSC) seat.

Among athletes who are set to lead Kenya’s campaign for the UNSC seat in New York is marathoner Eliud Kipchoge, according to Daily Nation.

Kenya is seeking to win the two-year term non-permanent seat and has already received the support of the African Union (AU) member states.

Kipchoge, who recently broke the sub-two-hour marathon barrier in Vienna, Austria, is set to address a meeting of African ministers who have been invited for briefing at Maxwell Hotel on Wednesday, November 6th Daily Nation said.

Foreign Affairs Cabinet Secretary Monica Juma expressed confidence that the deployment of the sportsmen would work in Kenya’s favor.

“We have come a long way, from getting an endorsement from the African Union through a vote in August to rallying associates to support our bid,” said Juma.

“Launching this campaign in New York, the headquarters of the Security Council, six months shy of the vote means that we need all Kenyans to support the country's bid because we stand to gain a lot if we get an opportunity at this top global security decision-making level,” she added.

The athletes will accompany CS Juma to New York this week as part of a high-powered global delegation that will lead Kenya’s campaign.

Kenya will go head to head with Djibouti, which has already lost the battle for the African Union support for the seat.

How will this benefit the ordinary Kenya. This is waste of public funds.