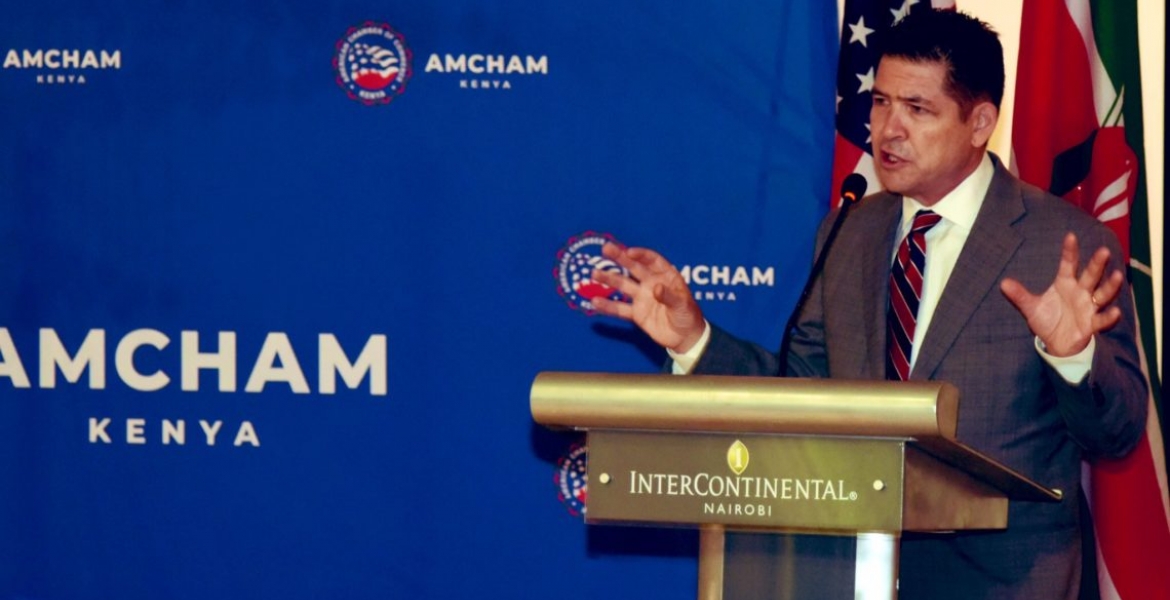 President Trump’s administration has unveiled a Sh40 billion concessionary credit line for American and Kenyan companies seeking to boost exports to the US.

The fund will be managed by America’s Export-Import Bank, according to the US Ambassador to Kenya Kyle McCarter.

McCarter said the credit line is part of the Trump administration’s efforts to deepen trade ties with Nairobi and set the two countries on a path of a new "strong relationship.”

In his speech on Monday during the opening of a two-day American Chamber of Commerce (AmCham) Business Summit at the UN Complex in Gigiri, Nairobi, McCarter said the US will advance “fair trade and commercial ties with Kenya” and provide aid “efficiently and effectively.”

“We believe this is the start of a strong relationship between our governments,” said McCarter.

“The US model focuses on long-term growth and sustainability, not debt."

In his address, President Kenyatta assured the US of stronger bilateral ties and protection of the business interests of American companies in Kenya.

“My administration is seeking to create at least 6.5 million jobs over the next five years so as to ensure that Kenyans, and, in particular, the youth, can secure and maintain good jobs,” said Kenyatta.