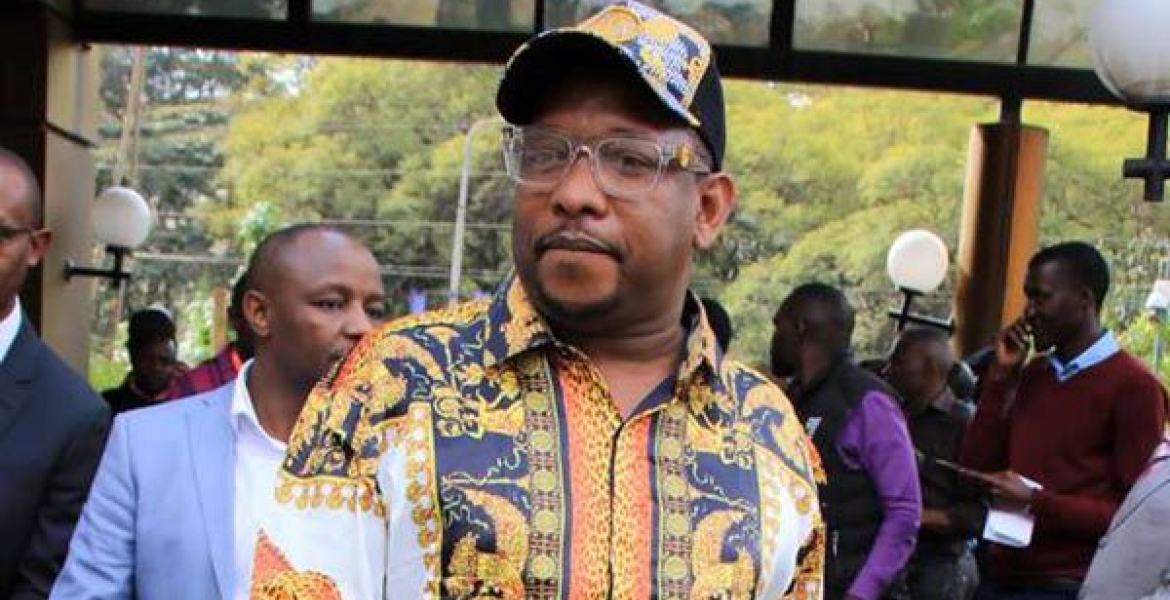 Nairobi Governor Mike Sonko was on Tuesday caught on camera beating up a journalist at Ethics and Anti-Corruption Commission (EACC) headquarters.

Sonko had been summoned to Integrity Centre to shed light on information he submitted to the commission two years ago to be cleared to run for Nairobi gubernatorial seat.

Governor Sonko, who marched to EACC offices in the company of a group of his supporters, was seen slapping and shoving one of the journalists covering the event.

He then pushed him back and proceeded to make his way into the building housing EACC offices with his supporters remaining outside the gate.

They carried placards reading ‘Sonko is not corrupt’ while others chanted ‘No Sonko no peace’.

Governor Sonko is also under probe by the anti-graft agency over alleged issuance of irregular tenders for garbage collection worth over Sh160 million.

If he has abeef with the journalist,he should settle it in court of the law.As civilized beings should.The journalist should sue Sonko.A governor should be above such thuggery.What kind of example is he setting for our youths?And no. I dont consider him arole model.