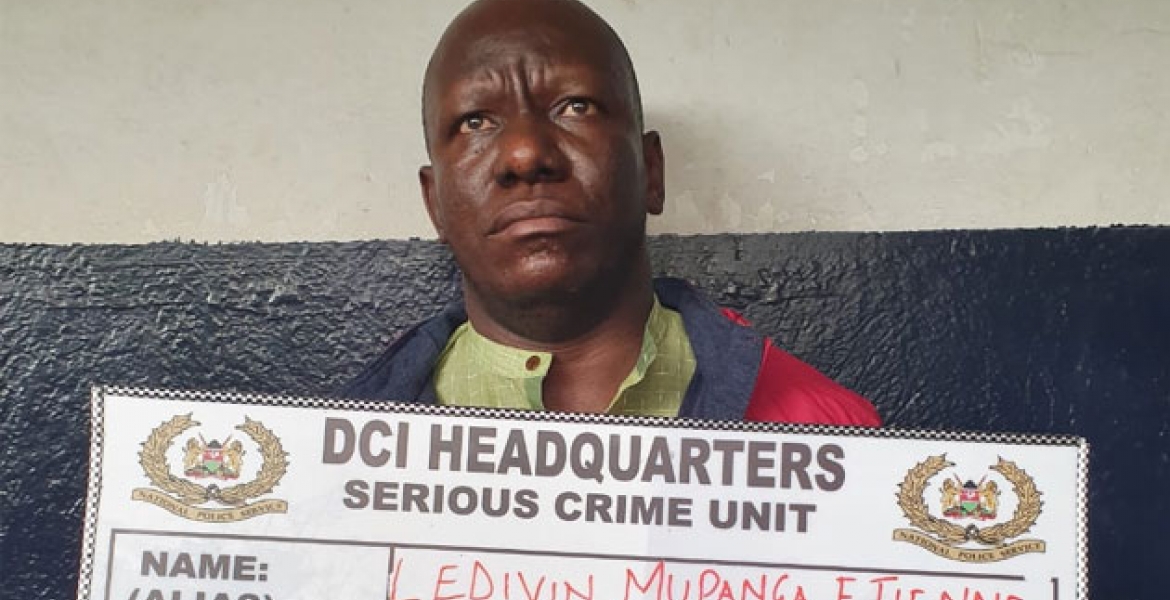 Police in Nairobi are holding a 41-year-old Congolese national over an alleged $97,500 (Sh10 million) gold scam.

Ledivin Mupanga was arrested at Jomo Kenyatta International Airport (JKIA) on Tuesday by detectives from the Directorate of Criminal Investigations (DCI).

The foreigner is alleged to have received the cash from the complainant in March this year after promising him he could purchase gold for him but disappeared after receiving payment.

“The 41-year-old suspect was nabbed on arrival from Ethiopia following a Stop Order that had been placed by Serious Crime Detectives,” DCI said in a statement.

The suspect is set to be arraigned in court as further investigations into the matter continue. DCI did not disclose the identity of the victim who was defrauded by Mupanga.

In July this year, a suspect named Jonathan Okoth Opande was charged with obtaining Sh25.7 million by pretending he was in a position to sell 250 kilograms of gold.

Opande is said to have posed as a businessman to Samuel Olaleye in exchange for 250 kilos of gold between January 19th and February 18th, 2019.

In the same month, suspect Paul Kobia and 15 of his employees were arraigned in court over a fake gold scam.

Kobia and his co-accused were charged with attempting to obtain Sh14 million from the claimant identified only as Antonio by allegedly pretending they could supply real gold.