Governor Anyang' Nyong'o Markets Kisumu County in the US 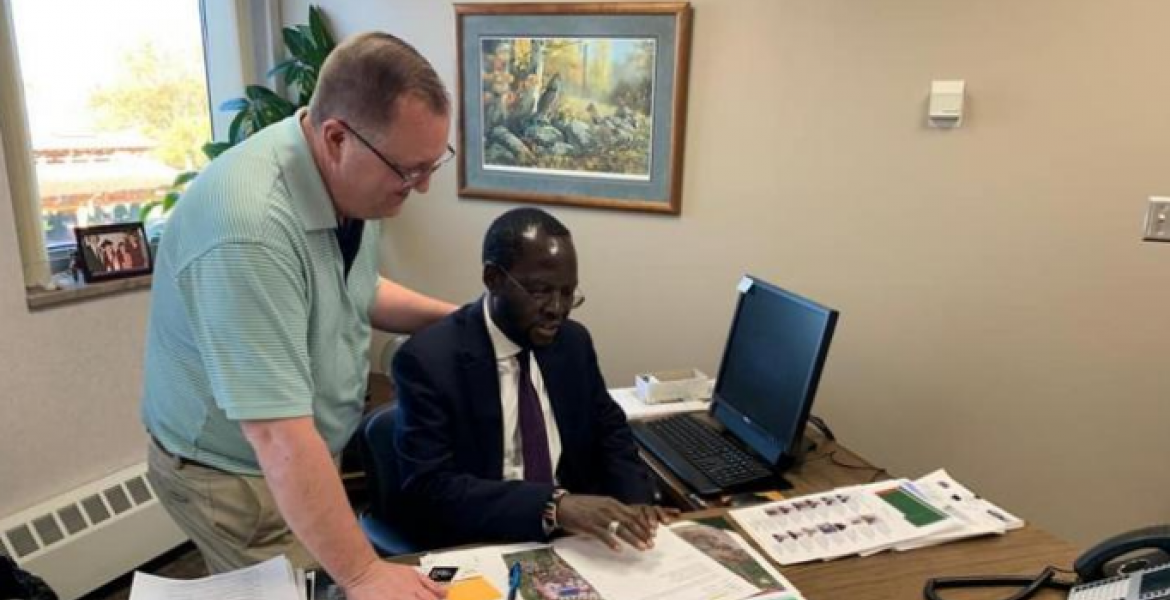 Kisumu Governor Anyang' Nyong'o is currently on a tour to the United States to market the lakeside city as a tourism and investment destination.

On Tuesday, Nyong’o held talks with Randy Knaak, the Mayor of Menomonie, a city in Dunn County in the western part of the state of Wisconsin.

"Honored to have 'assumed' the routine duties of the City of Menomonie's mayor for a few minutes,” Nyong'o wrote on his official Facebook page.

“The people of Menomonie are eager to enter into a partnership with the County Government of Kisumu in the areas of trade and tourism sensitization, 23 tourists from the City of Menomonie having visited Kisumu in 2017 and being amazed by the county's rich potential in tourism and culture,” Nyong’o added.

Last time I checked, Kisumu residents were chasing away foreign investors. Have they rescinded the condition that every investor must fund RAO?

23 tourists visited Kisumu in 2017. This doesn't make sense. That number is insignificant. It was 2017, where were you all of 2018. You first class ticket to menemonic is more than the 23 tourists brought to Kisumu.

@ Guest #13 the 23 were from menemonic city only. Iam sure from the whole globe could be in thousands...
Anyway, Iam curious as to what culture is Nyong'o promoting?This as to be something tourists would be interested in.Could it be tours to migingo... in those fishing boats?

Tourist destination- even locals do not consider that as a tourist destination . Lupita needs to pump up dollars in that city to make it up to per with the Naivashas and Mombasas and even Machakos :-). I hope he also told him that in every 4 years , to block 6 months off no visitors and businesses - get huugggeee insurance of mob justice ! Where is Guest 13- weka mali kwenu sasa, here is an opportunity :-)

The guy came for medical check-up but since they never say whats ailing them until they conk, well let them keep lying to themselves. Even arap Moi was in hospital for check up for two weeks they said. Menomonie is another town of what..10k people with their own lakes and fish. Why would they want to visit another crowded town with a lake and ofcourse nothing special to show besides pub after pub after pub na fumbi mingi. Lupita can do better marketing than dad who has multiple multiple degrees with gazillion years of life.