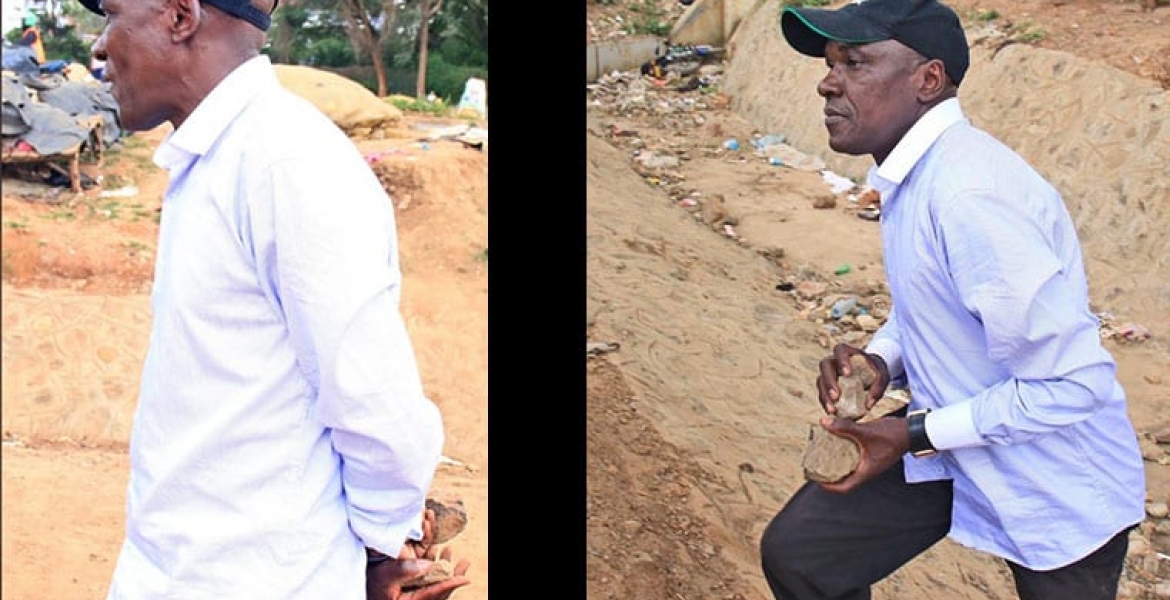 Khalwale, who is also a medical doctor, was among the chief campaigners of McDonald Mariga, the Jubilee party candidate in the by-election.

Earlier in the day, Khalwale toured different polling stations and was quoted condemning pockets of violence witnessed during voting.

“…it is voting not violence that counts at an election,” he said when he accompanied Mariga to Shadrack Kimalel School, Upper Hill and DC polling stations.

Later, a video emerged showing rowdy youth chasing him out of Laini Saba Ward before photos of him carrying stones were shared online.

Kenyans took to social media to criticize the former senator, terming his behavior unacceptable for a leader.

Ahmed Mohamed posed: “Pictures are disheartening and sad. This man was once a kingpin of a whole community, he’s a medical doctor, the immediate former Senator of Kakamega County. Who or what reduced Boni Khalwale to this?”

Khalwale defected to Jubilee party from Ford Kenya on May 17th, 2019 during a meeting with Deputy President William Ruto.

At the time, he called on the Luhya community to abandon the opposition saying it is only the Jubilee party that can change the fortunes of Western Kenya.

In a tweet on Friday, Khalwale claimed that goons from Orange Democratic Movement (ODM) were behind the poor turnout in the by-election.

“Congratulations Mariga for this result. Musalia Mudavadi and Moses Wetangula spoilt ua 5,275 and 260 votes respectively through their candidates. Thousands of ua would be female voters were scared off by those ODM party goons. U are the winner!” he wrote.

Independent Electoral and Boundaries Commission (IEBC) announced Okoth as the winner of the by-election after he garnered 24,636 votes ahead of Mariga who got 11,230 votes.

It's back to Stone Age.🦍