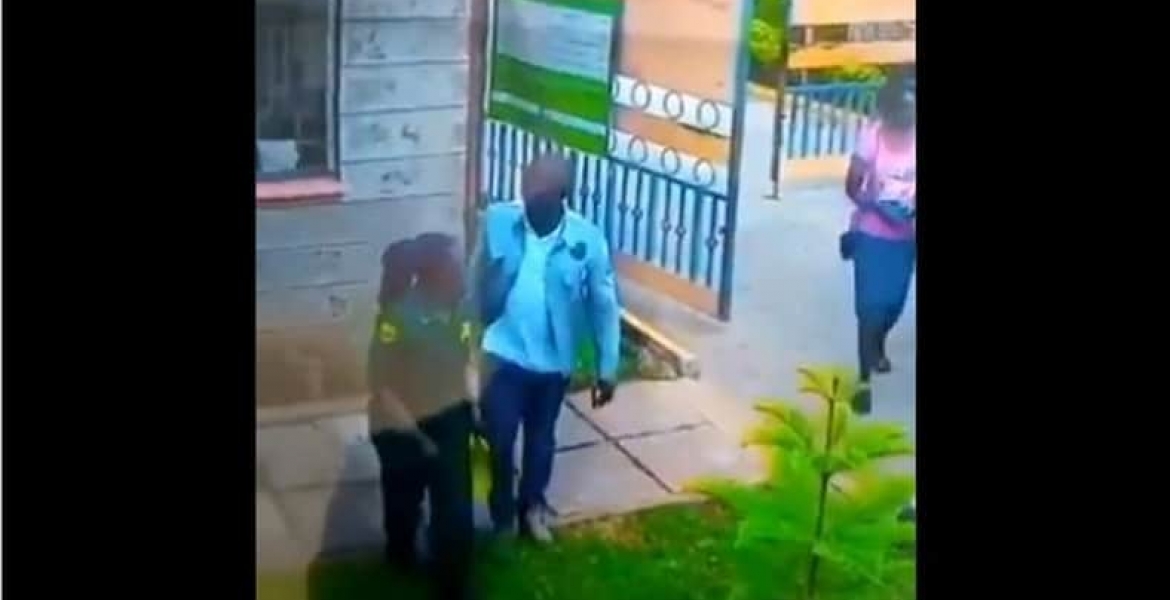 Officers from Directorate of Criminal Investigations (DCI) have launched a hunt for a man videotaped assaulting a female security guard in Nairobi.

In a video that has since gone viral on social media, the man identified only as Justin is seen beating up the female guard who is manning the entrance to the premises. The incident happened in Eastlands’ Komarock Phase 5A estate on Monday evening, according to reports online.

Another assault case captured on CCTV of a female security guard being assaulted by a motorist.
Here is the Motorists details
Name: Justin
Phone: 0723534432
ID: 26811637
Reg No. KCC 594Y
Time 1620hrs
Place of Incident. Komarock Ph. 5A
Over to you
@DCI_Kenya @NPSOfficial_KE pic.twitter.com/b5bo605p1u

The man slaps the helpless woman several times before pushing her to the ground after she declined to allow him to drive into the premises. It took the intervention of other people to stop him from further beating her.

In a tweet after the video went viral, the DCI confirmed detectives are pursuing the man and urged the victim to record a statement with the police.

“Detectives are already narrowing down on the perpetrator. Meanwhile, the lady security officer has been called upon to make a formal report in pursuit of justice. We greatly condemn such violence against anyone in the course of their duty,” said DCI.

The incident comes just days after Ahmed Keruti Taraiya, a supervisor at Eastmatt Supermarket Kajiado branch, was caught on CCTV assaulting a female cashier, Sarah Atieno at the store.

Taraiya, who was arrested over the weekend, was arraigned on Monday at Kajiado court where he denied assault charges. He was locked up for 11 days pending the hearing of the matter. The supermarket has since suspended him.

DCI bring this man to book please, can you imagine if this lady was your sister, wife, mother etc?? Being given blows in her place of work, trying to earn an honest living for her family, Huyu jamaa ashindwe kabisa, wish I would be the judge for this case, could be lessons to others, never assault anyone at wok, there are channels to follow in the cases of disagrrements but not blows and kicks