Battle to Legalize Homosexuality in Kenya Moves to Appeals Court 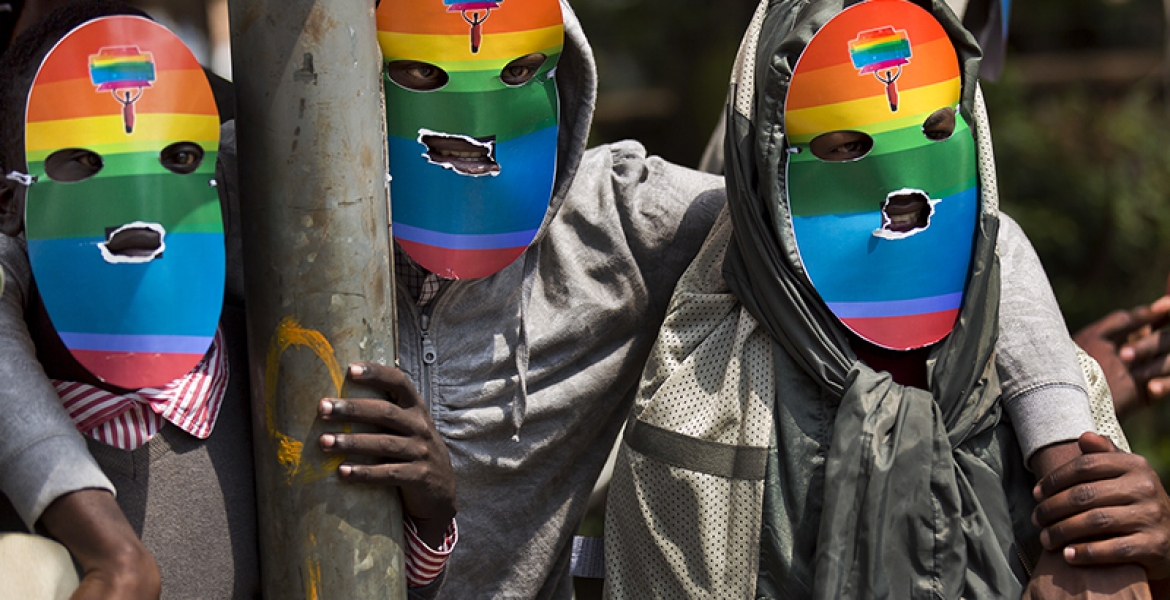 The battle to have homosexuality legalized in Kenya has been taken to the Appeals Court.

The National Gay and Lesbian Human Rights Commission (NGLHRC) has decided to move to the Appellate Court after the High Court quashed their bid to decriminalize gay sex in May this year.

“In the last few months following the ruling, NGLHRC has been engaged in consultations with petitioners, interested parties, legal teams, CSO allies, and other stakeholders to strategize around the next phase of litigation,” NGLHRC said in a statement.

“In our arguments at the High Court, we decried the fact that sections 162, a,c, 163 and 165 of the penal code that criminalizes carnal knowledge against the order of nature –  were used to justify violations and discriminate against sexual and gender minorities in Kenya.”

In their case at the High Court, the gay rights organization argued that under the 2010 Constitution, every person is equal before the law.

“We, [therefore], decline to issue the orders as sought by the petitioners. The phrase [in Section 162 (a) and (c) of Kenya’s Penal Code] is clear,” the judges ruled.

The court further dismissed claims that the Kenyan LGBTQ community would continue to be stigmatized if homosexuality remained a criminal offense.

“Stigma is not exclusive to the LGBTQ community. Everyone has the right to access health.”

Burn all these wayward bastards! No wonder HIV infections may never be terminated around the world because of these human animals. They think God was playing when He burned to ashes their forefathers in Sodom and Gomorrah? Aish!!!

HIV has nothing to do with being gay. Educate yourself.

@ Guest 1, I thought that you are a Christian...If so,why dont you have compassion toward your fellow makind/children of God, even if they have sinned... I dont think Jesus whom you are supposed to follow would react the way you are doing.
As for HIV spread, statistically, Ithink there are more HIV heterosexuals than homosexuals.In addition, there are more junky,and homeless heterosexuals,and their sharing of needles disproportionately spreads HIV compared to gay population.
I dont hear hue,and cry from you as heterosexual prostitutes in Kenya continue to spread HIV among hererosexual husbands,and boyfriends.
Lastly, legalizing ,or illegalizing it doesnot wash it away.Its here to stay. Has been for centuries.The government will just waste money,and time trying and jailing homosexuals.They are here to stay,just like prostitution as abhorrent as it is to some people, it has survived centuries of censure...
Your religious beliefs aside,noting that in our society we do ascribe to different beliefs,is it not better to treat them humanely just like we should treat all human beings.Especially those who positively impact society irrespective of their sexual affiliation? Keep your sexuality to yourself, your partner,and your creator.Society is better of that way. My two cents.

The WORST impact homosexuality has had on Earth is Creation and Spread of HIV you didnt know. The ANUS is a Dangerous and DIRTY placebo venture. Anyway:
It's obvious that I am a Christian and you're a self-confessed Kafir who cares nothing about Human morality. And it's like you were conceived by your Mother and mother; or your Father and father. Impossible!!!

@ Guest 1, homosexuality is not threatening human population. Its the act of heterosexuals that might.Look at the so called developed worlds,Norway,Sweden,USA... they are having less children,and in some countries the population growth is negative. All this is due to heterosexuals not having children,and not because people are gay...
Remember one man can impregnate 50 women in aday if given the chance.One man can produce millions of sperms.So if harvested,think of how many kids could come out of that.So there is no threat to population.

Come over and find out...Iguarantee you full satisfaction.

So you you're in the Down-low; and going both ways. Right?

What does his sexuality have to do with his argument? Stick to the argument points and not the person.

The topic is about homosexuality aka gaysim. So I am on topic.

Who sets human morality?And do you know that this morality changes.Its not static.
Talking of morality, did you have sex before you got married? Your bible says even thinking about sex is sin.So I think your morality is selective.

Guest1,
You never cease to amaze me. Please educate yourself and stop making such asenine comments.

Over to you mkenya halisi...
What say you?
Sooner or later Kenya will be a Sodom & gormolla country. Utahama Kenya? I suggest you start buying tuploti "Middro East" ama afganistan. They don't entertain this lifestyle.

Homosexuals are the ones to ngo mbuy mblots in Sondom and Ngomorra. And if Mkenya halisi is ngay: He should ngo too.

I painfully agree with you Mkenya halisi.

Wewee!! That pent anger should be directed to the political elite who are changing the constitution to hold on to power.

People should leave gays and lesbians alone. The more we talk about them they more they exalt themselves. How does it affect anyone when hyenas mate. Even imagining what such people do would make a normal person vomit.

I beg to both Differ and Aggree with you at the same time. Tough call.

links to the statement please