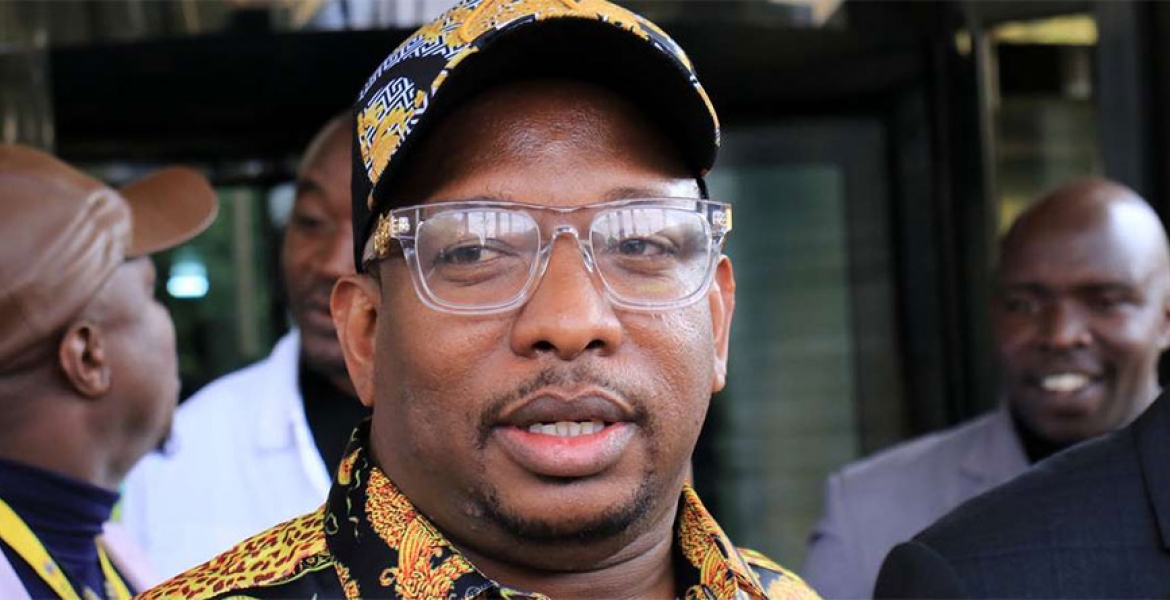 Sonko, who spoke during the launch of the Building Bridges Initiative (BBI) report at the Bomas of Kenya on Wednesday, described the candidate as a “beautiful lady”, without naming her.

Sonko however indicated he will not nominate the candidate until President Kenyatta signs the Assumption to the Office of Governor Bill, which provides that when a deputy governor’s office falls vacant, the governor shall nominate a replacement within 14 days.

“I’ve got a very beautiful lady who is ready and immediately the president assents to that amendment bill, I’ll appoint my deputy governor,” said Sonko.

Nairobi has remained without Deputy Governor since the unexpected resignation of Polycarp Igathe on January 31st, 2018. Igathe cited a frosted relationship with Sonko as the reason for his exit.

In May last year, Sonko nominated Canada-based lawyer Miguna Miguna to the position, but the nomination was rescinded over Miguna's unresolved citizenship status. In October, 2018, Sonko hinted he would pick either Jane Weru and Karen Nyamu to fill the position but the seat has remained vacant to-date.

Come on Sonko, is beauty the first thing that comes to your mind,other than her qualifications?Tell us what her beauty will do for that position?
I dont know who she is but,trust me she will be light skinned,and young.
I will give Sonko the benefit of the doubt,and assume that ,"by beautiful lady",he means the unforseen qualities,such as sharp mind,honesty,kindness.But I doubt that, because when you say a lady is very beautiful without qualifying, people will go with what they see, which is the outside of the person.
How about having all the qualified candidates put their names in a hat,and the winner picked at random.That way, all candidates have equal chance.It eliminates the following:
Nepotism
Bribery
Colorism
favoratism
Sexism
All in all, I hope that this Sonko beauty has brains as well.

It must be frustrating to be led by a school drop out! Nairobi county, look @ the shame you are parading around haki! Won't be surprised Sonko appoints one of his sidekicks/slay queens or his slay queen daughter!
Nairobi county done!

Absurd!!Why don't you have a bath suit contest for your next Deputy governor. Shame on Kenyans for letting pimps to represent them. Shame! Shame! Shame.

She is brilliant and beautiful

Hi Sonko - as soon as you can free your mental faculties from selfish petty thinking, the rest will follow suit!! You just sound quite foolish when you just talk of beauty as a qualifying factor for your deputy. Are you looking for the physical beauty or are you looking for a woman candidate who meets the job description of the deputy governor? You make women sound like tools of sexual exploitation when you make such wanting remarks! You need to elect a qualifying person who is more capable to do better than yourself, someone strong enough to tell you the truth in the decision making process and someone who is capable to be a governor in case of your permanent absence. You need a deputy who can straighten what is wrong with Nairobi - who can clean it up, move hawkers bro Gikimba, clean the streets, reinvent the sewer systems of the city, clean up touts and bring Nairobi back to the city it once was. And by the way, stop calling yourself “the baddest guy in Kenya - because Wacucu and the other bad gangsters are already dead! A Gava is a doer and should a people’s person. Stop acting like a Thug!!