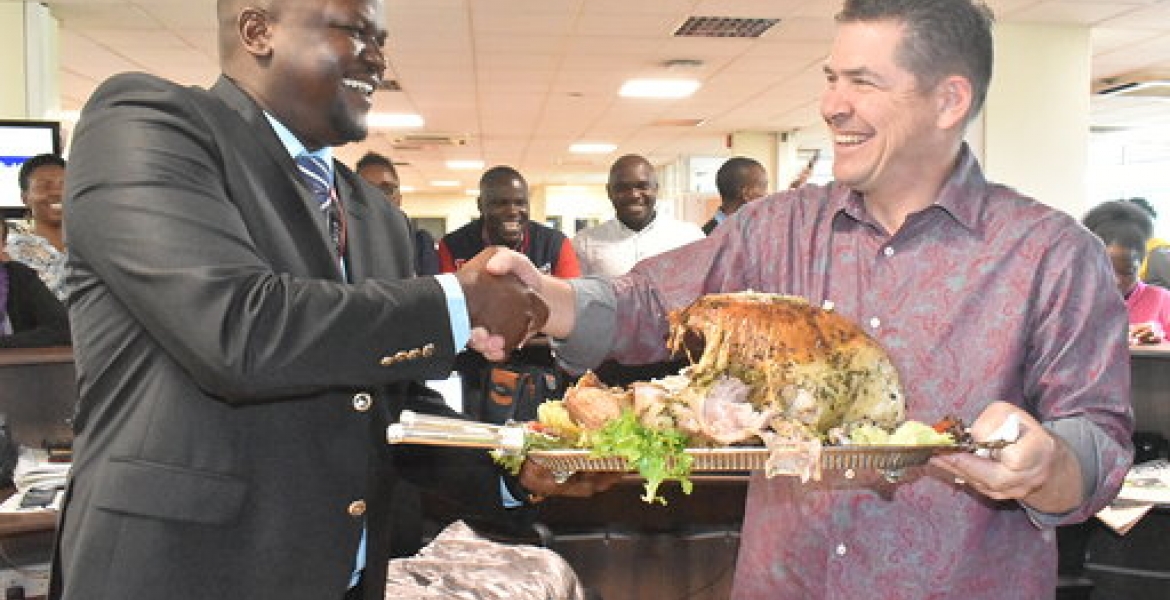 US Ambassador to Kenya Kyle McCarter has hailed the Building Bridges Initiative (BBI) report that was launched on Wednesday.

Ambassador McCarter said the report has the potential to unite Kenyans if implemented and urged people to read the document before giving their views.

"The BBI is a good start for Kenya. I believe that it is important for Kenyans to know who they are as a country because you don't forget where you come from... I am encouraged and I believe there were some calls for politicians not to divide the people," he said.

He added: "We even heard the Tanzanian minister saying that Kenya can't fail which I totally agree with... As Kenya goes so goes East Africa... East Africa is waiting for Kenya to step up and show the rest of Africa how to prosper."

McCarter spoke on Thursday when he presented a turkey to The Star newsroom to mark Thanksgiving.

"Kenya is the shining star of Africa, prepared to lead by example and bring peace to all Kenyans," noted McCarter.

Don’t worry.
You will know where we stand through our actions.

I thn\ink he was misquoted. Every sincere person knows BBI is institutionalized corruption perpetrated by Uhuru and Raila.