'The Child is Mine': Dennis Itumbi Says as Court Orders Him to Pay Monthly Upkeep 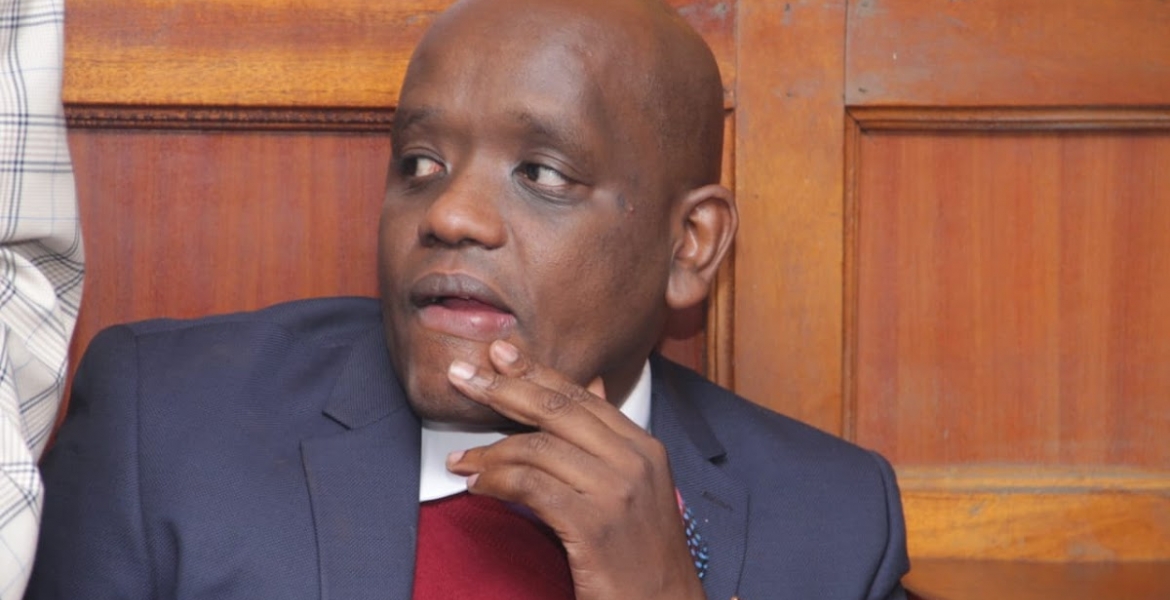 The children’s court has ordered Jubilee digital strategist, Dennis Itumbi to begin paying interim monthly maintenance of Sh20,000 for a child he sired.

This comes after a DNA test demanded by Itumbi confirmed that he is indeed the father of the five-month-old girl. He was directed to pay the amount to the girl’s mother as monthly upkeep for the minor pending hearing and determination of the child support case.

The court further allowed Itumbi and the woman to try to reach an out-of-court settlement on the amount of money he should pay as monthly upkeep for his daughter. The two will appear before the court on December 18th to submit a report on the progress of the out-of-court agreement.

In September, the Nairobi-based woman, through her lawyer Enricah Dulo, told the court that Itumbi impregnated and abandoned her to solely provide for their daughter, who was born on June 19th, 2019.

She said she was forced to stop working before giving birth to the baby, hence making it difficult to take care of the minor. The mother claimed that her several attempts to meet the father of her baby failed as Itumbi only sent a friend instead of availing himself in person or sending an attorney.

The complainant is demanding Sh50,000 monthly subsistence allowance to cater for the minor’s food, clothing, medicine, and house help salary. She further wants the defendant to provide a copy of his national identity card so that his name can be included in the girl’s birth certificate.

The woman said she was in a love affair with Itumbi between January and August 2018 before he walked away after learning she was pregnant.

“He ended the relationship in August 2018 when the lady informed him that she was pregnant with his child. She successfully delivered a baby girl on June 14, this year,” lawyer Dulo said in court papers.

“Itumbi has since blocked her and she is unable to engage with him on any meaningful communication in regard to the welfare of the minor.”

Taking to social media after Friday’s court order, Itumbi noted: “The child is mine. May the child suckle with both cheeks. The best care, a father MUST offer a child is assured.”

Kenyan goaties will now know that vasectomy is not castration but a family planning alternative... Deep sticks will pay handsomely for play. just saying...

The narrative that vasectomy
equals castration is one of the most ignorant lies peddled in Kenya. You have to be completely out of your mind for risking an unplanned pregnancy as a man. It is too costly.

Itumbi - Mr Egg??!! You are no any different from Micheal Jacksons’s Billy Jean!! Did you have to be sued to accept the baby is your daughter? You can even pay double the amount of money the Judge ordered you to pay to make the baba mama and the daughter comfortable! Won’t you - so stop being boyish to infirm the world that you out of a one night stand you seared a child!! Sex without condom is very expensive!!

Itumbi - The way you behave makes me think you did not have wazee in your hood to counsel you as you grew up. whoever named you - the Egg did not do any justice to your inner pride - every name carries a meaning; good or bad! At you age you should be more grounded and mature - with the in-born ability to behave like a man. It is a blessing that you have now produced a baby girl. Girls are very focused, strong, and quick to make the right decision/judgment. Girls always have a very clear mind to do the right things. I hope the little princess will be a positive instrument to help you see through your past inadequacies and be a better man. There is a whole lot you can learn from her if only you can eat a humble pie and eventually humble yourself! Best of lucky kido!!