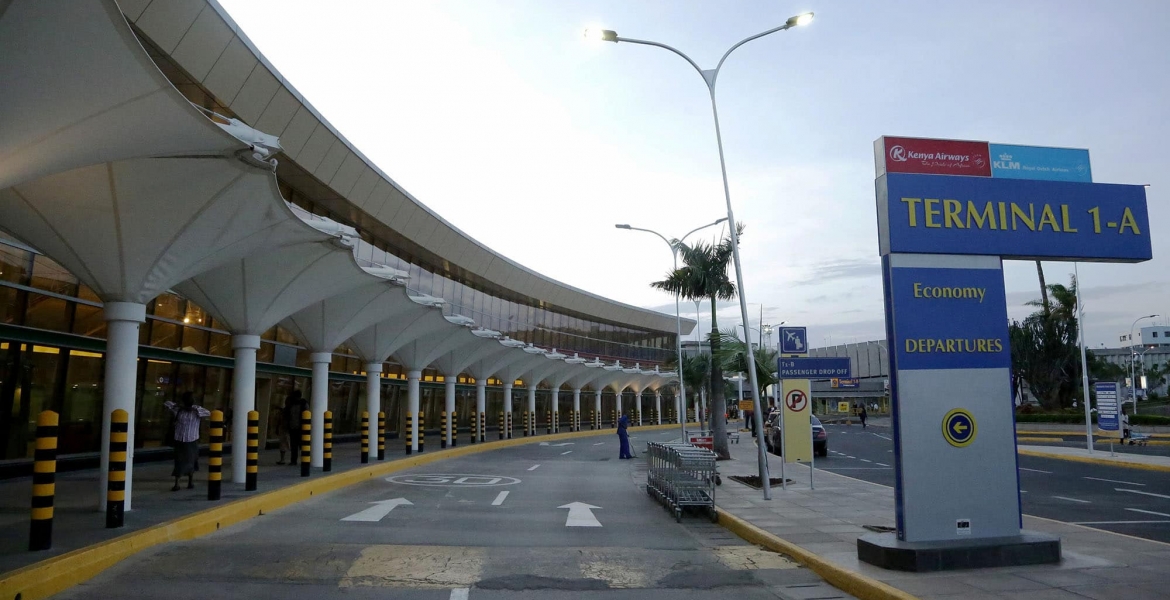 Kenyans on social media have called out the government after a video taken on Sunday exposed how passengers suffer at Jomo Kenyatta International Airport (JKIA) when it rains.

The video shared on Twitter by activist Boniface Mwangi showed passengers being rained on while boarding their flights at the airport’s newly constructed terminal. Mwangi said the contractor behind the terminal should be arrested and prosecuted for constructing what he described as a “cowshed.”

"Whoever designed and those who built Jomo Kenyatta International Airport "new wing" deserve to be prosecuted and jailed. They built Kenya a badly designed cowshed. Seven million passengers use this shame of an airport every year," he tweeted.

His tweet elicited reactions from online users, with many agreeing with him that the terminal was poorly done.

@Jackie_Arkle said: “No place to shelter from the rain! Exposing us to the cold. We need to jail whoever designed all our airports!”

@mwirigiboss noted: “ @KenyaAirports needs to be called out, where did the millions go, we deserve better for our taxes.”

@Ekimwaki stated: “No wonder Rwanda is becoming a prime destination for foreign investors the corruption and selfishness in Kenya is just overwhelming.”

@JoyDoreenBiira tweeted: “I always feel for passengers on wheelchairs and those carrying toddlers when it rains at the airport.”

@Aar_onkim wrote: “Terminal 1E is built like a greenhouse. When it rains it leaks. On hot days it is worse as it has no ventilation.”

Machakos Governor Alfred Mutua tweeted: “I usually do not agree with Boniface’s activist theatrics but this time I am with him 100%. What a shame - this “modern” airport is not value for money. You should see the airport toilets in Malindi, Lamu, Nairobi domestic etc. Embarrassing! Surely, we can do better as a country.”

@SoniMwangi stated: “I agree totally.JKIA is like a market place and when it rains its worse. Wish Kenya could borrow from our neighbor Tanzania-Julius Nyerere International Airport Dar esalam.”

Replying to Mwangi's tweet, Kenya Airports Authority said: "Hello Boniface, thank you for your feedback. We hear you and take this chance to sincerely apologise to you and to all our customers for the lack of shelters at the JKIA drop off zone, especially during this rain season."

"We have projects in place to improve the passenger journey at JKIA, including installation of canopies covering walkways, drop off points & meet & greet areas to protect airport users from adverse weather conditions. The contractor is on the ground & these works are underway," KAA added.

People need to lower their expectations when it comes to this illegitimate government of liars, thieves and serial killers.

They use incompetent contractors so as to allocate more money and continue stealing some more.Because they are thieves.

This hell-hole airport has always been like this. In 2016, I detested going to Kenya in one short minute after arriving in the rain. It is always a mess.

Are they still working on escalators. I was shocked to see people struggling to use very steep steps, and inefficient elevators in this modern airport.

Everything gets compromised when leaders put greed, corruption and selfishness above public good. The problem of constructing substandard structures is clearly evident throughout Kenya - roads, public/private school buildings, residential buildings are collapsing nearly every day, unsafe commercial structures, etc. The roads that were build five years at a cost of one billion shillings per mile are now full of potholes and impassable. Future projects such Allow and Kimwear dams have now been cancelled because DP Ruto, Murkomen, Sudi stoke Kshs 21 billion to buy helicopters to satisfy their material ego and greed. Ruto minimized the theft to be 7 billion shillings like that is just money enough to buy a cup of tea. So, in the midst of all that magendo, Kenyans have been pushed to the corner of frustrations and despair to a point of accepting substandard results in the shoddy jobs done by the stealing “leaders”!

I left my country 35 years ago with several visits over the years and keep finding Kenya making one step forward followed by three steps backward as corruption and tribalism take a stronghold of my beloved nation! If can't get it right even with a national pride like Jomo Kenyatta International Airport then how about other little known projects in the country!

We the wenye nchi are so accoustomed to looking the other way,turning the other cheek tume zoea,we never demand our rights.Haki na ukweli these we did sow worse we shall reap an uprising we need a revolution is the solution fresh minds in gov we need public safety govnt checks of power accountability and prosecution of individuals regardless

"Walkway"? The original design was for "Jetway".