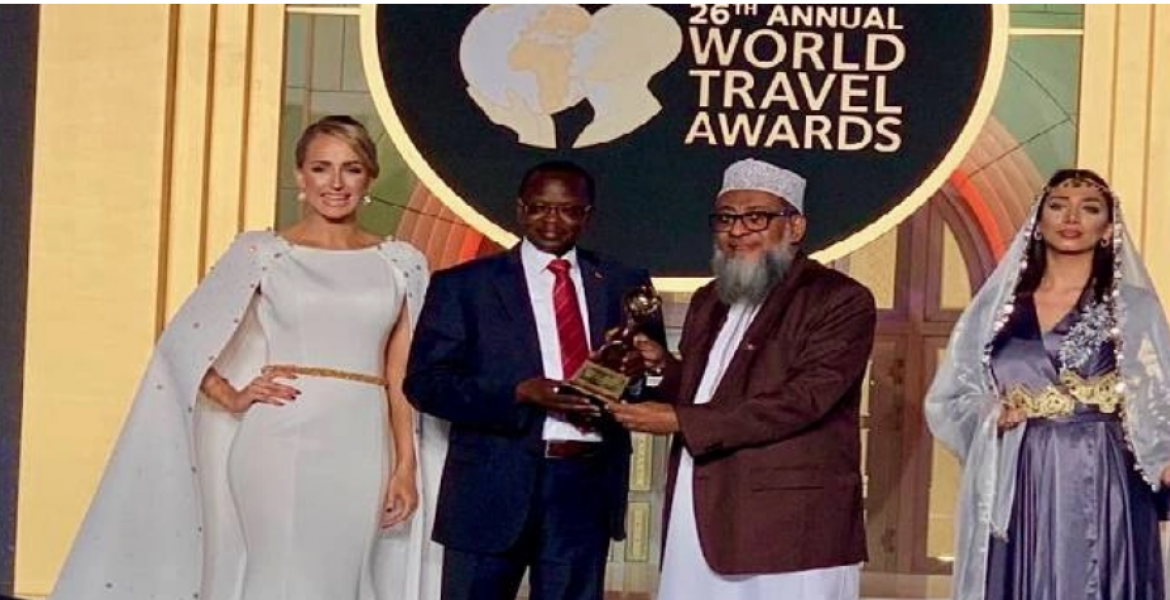 Kenyan capital city, Nairobi was also named Africa’s leading business travel destination during the awards that serve to acknowledge, reward and celebrate excellence across all sectors of the global travel and tourism industry.

In a statement, Kenya’s Ministry of Tourism and Wildlife announced that Kenya was picked as the venue for World Travel Awards Africa and Indian Ocean ceremonies, which will be held in October 2020.

True!From the moment you leave the airport in Nairobi to your hotel it'll probably take you 4 hours using our roads because of traffic jam! You may want to take photos of potholes on our roads which are also visible on the moon! Here, when you see the traffic lights change to red, it doesn't necessarily mean stop but if the road is clear you can drive on & don't let a type of public vehicle called a matatu overtake you! Notice how Nairobians don't like crossing road along zebra crossing or using foot bridges but like to compete with drivers on our roads! While taking photos, make sure you're nowhere near a street boy! Our food is not that bad but make sure you're not using sugar as it contains mercury or eating ugali(our staple food) which contains aflotoxin! For every help that you demand, make sure you have got something small to part with coz we believe nothing's for free here! Our wild animals have migrated to neighbouring countries coz they couldn't compete with human beings! Who can beat us then? We're the best!