Bring it on, Speaker Justin Muturi Dares MPs to Impeach Him 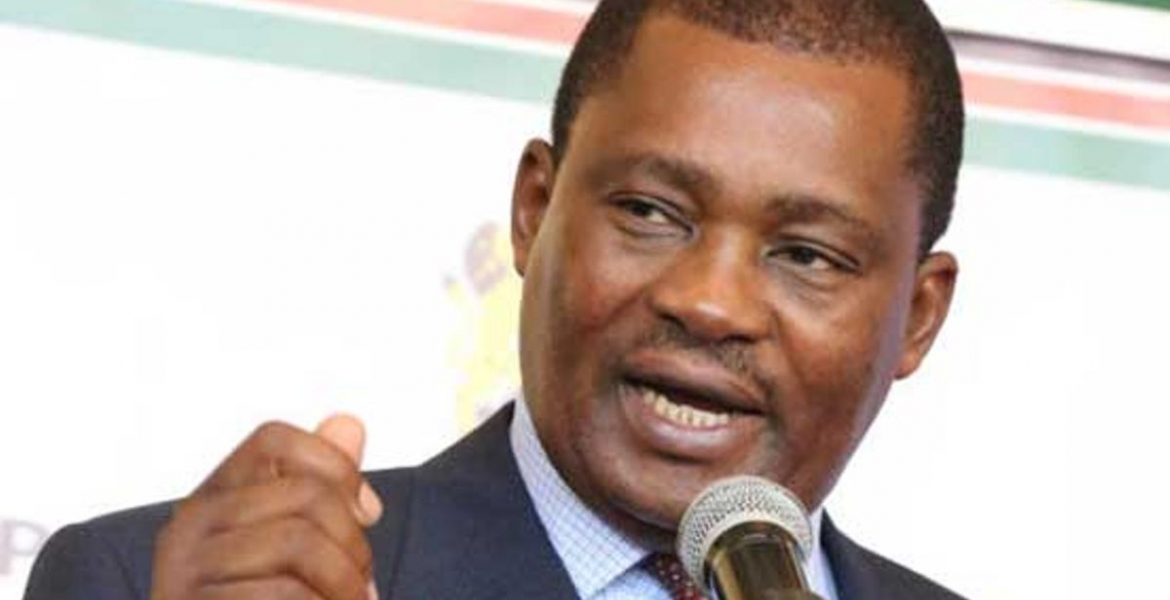 National Assembly Speaker Justin Muturi has dared a section of MPs allied to Deputy President William Ruto to make good their threat of impeaching him.

A group of leaders led by Gatundu South MP Moses Kuria threatened to remove Muturi from office over his remarks on Sunday that the Building Bridges Initiative (BBI) report cannot be tabled for debate in the House.

“It has no way of coming to Parliament… You know before it comes to Parliament, then I must approve, but I’ve said it belongs to the people and it has no route to Parliament,” Muturi said on Sunday.

In a media briefing on Monday, Muturi insisted that House standing orders do not allow the report, which was unveiled last week by President Kenyatta, to be introduced in the National Assembly in its current form.

“What is it coming to parliament to do? Is it a white paper or government policy document..? It is none of those. Until the owners of the document decide that, yes, it can go to parliament,” said Muturi.

He explained that the BBI report is a product of the Executive and can only be allowed for debate in the House as a government policy document through the President’s address.

“This is just a report. It is very embryonic in terms of being a legislative document. But remember whichever method, parliamentary initiative or popular initiative from the people — just like Punguza Mizigo was—, the due process is there,” said Muturi.

Further to this, Muturi stated that the report could also be introduced in Parliament in the form of a Bill that must first be tabled in the 47 county assemblies for consideration.

“As it is now, even if there are propositions in that report that could lead to suggestions to amend some parts of the Constitution, those proposals have not been reduced into anything that one can talk about legislation. If a time comes that there is a need, even if it’s by popular initiative, the process is there,” added Muturi.

“For impeachment, I even made it easier to remove a speaker… as soon as that motion lands on my desk to be approved for debate, I will make sure there will be no other business to be transacted. So if anyone has such a motion bring it immediately and it will be on the order paper tomorrow,” noted Muturi.

Well, Muturi has clearly spoken sending the BBI to its original owners; the people! Apparently the Tangatanga MPs allied to Ruto are now on the rocks as they realize that everything DP Ruto touches tends to die a natural death.