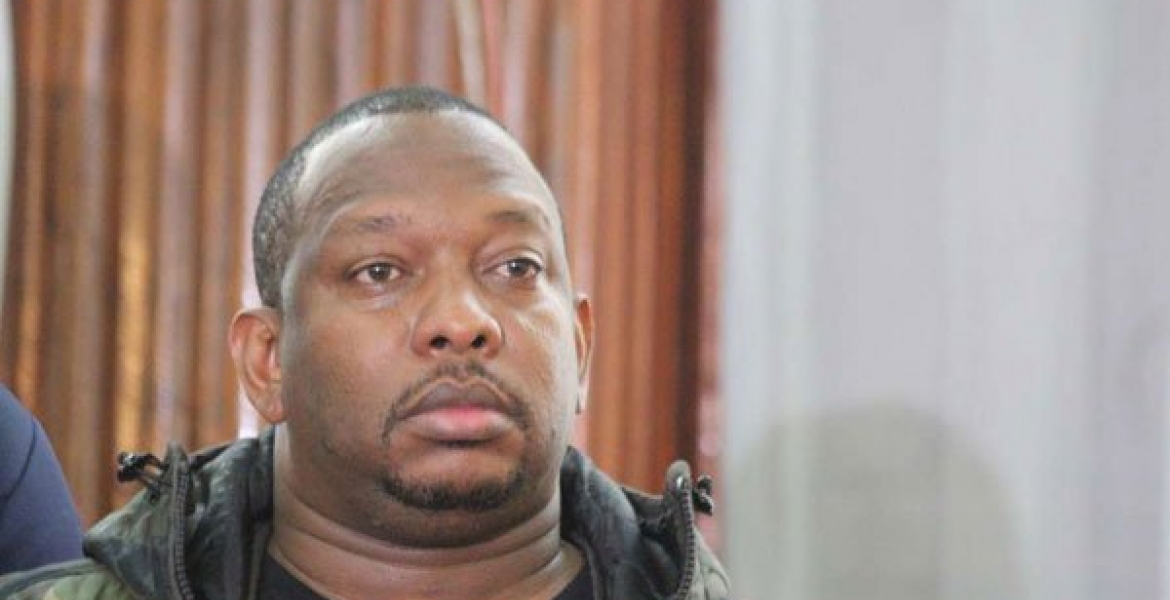 Nairobi Governor Mike Sonko was on Monday morning arraigned at Milimani Law Courts after spending the weekend in police custody.

Appearing before Anti-Corruption Court Chief Magistrate Douglas Ogoti, Sonko pleaded not guilty to more than 10 counts including conspiracy to commit an offense of corruption, failure to comply with procurement laws, conflict of interest, abuse of office and unlawful acquisition of public property. He was also charged with deceiving principal, money laundering and acquisition of proceeds of crime.

Sonko, who was arrested over irregular procurement that led to the loss of public funds amounting Sh357 million, is being represented by a team of 12 lawyers among them Cecil Miller Jnr., Senator Kipchumba Murkomen, Senator Mutula Kilonzo Jr, and Makueni MP Daniel Maanzo.

Sonko’s defense team urged the court to release the accused on bail to enable him to seek medical attention, arguing that he developed chest complications and rib fractures during his dramatic arrest in Voi on Friday.

“I have with me a medical report by Dr. Esther Nafula Wekesa which states that he (Sonko) should be released on bail immediately since he was assaulted during arrest and has developed serious chest complications and possible rib fractures,” said lawyer Miller Jnr.

But the prosecution opposed Sonko’s bail application saying he may interfere with State witnesses and that he is wanted for assaulting police officers during his arrest. Prosecutor James Kihara also requested the court to bar the accused from accessing his office and order him to surrender all his passports.

The prosecutor further cited a 1997 case where Sonko allegedly escaped from Shimo La Tewa Prison, where he was being detained, after pretending that he needed treatment. However, Sonko’s lawyer Miller dismissed the claims by the prosecution, telling the court that if this was true, his client would not have been cleared to run for public office by various government agencies.

“The police, EACC cleared him to run as MP, Senator, and even Governor. If he was a prison escapee, how could this have happened? There is neither a pending case nor a warrant of arrest against Sonko,” said Miller.

“He was also awarded as a Good Deed Ambassador by UN…on account of all this, he cannot hide anywhere, he has no intention of going anywhere. Being a flight risk is allegation framed by those who arrested him…all his homes are guarded by Kenya police, how can he move away?”

Senators and mp’s should not be lawyers for governors or any criminal while there in office.
That’s conflict of interest.

Shame on all of them.

All bank accounts held by Sonko, family and his friends should be frozen to set a clear example that corruption will not condoned in Kenya. It is such an insult to have 12 lawyers willing to represent Sonko while they are getting paid using stolen public money proceeds. Only in Kenya this kind of nonsense is tolerated and the public should rise up to put a stop to the madness.

Humpty Dumpty sat on the wall.Humpty Dumpty had a great fall.All the kings men with all their strength could not put Humpty Dumpty together again.Oh the clout oh the gold jewelry oh am one of you.Mwizi number one.Now the question becomes were you stealing from Paul to pay Wanjiku or were you stealing from Wanjiku and eating with Paul.Another Street thug bites the dust .Is it a coincidence you hail from East Lands the same place that the former governor of Kiambu another thug comes from.There could be some truth that you also deal in drugs.Siku za mwizi arobaine.

He was stealing from Wanjiku to eat with Paul - while passing back crams under the table to Wanjiku! Just look at the 12 Paul(s) who will represent him as a team of corrupt lawyers. The corruption in Kenya is deeply rooted in all the politicians whose interest is to fill their greed aspirations while Wanjiku spends every night hungry. At some point the unthinkable will have to be done to completely root out this corruption culture. The top few can’t be the only ones benefiting from the blessings of Kenya while Wanjiku continue to suffer!

Our country is really something else. You have a criminal governor being represented by 12 lawyers. That is obscene. Why are these current public officials representing the criminal. Pure conflict of interest. Sonko is attempting to buy his way out. Wake up good people.

And as you see, most of the lawyers involved here have one or more corruption cases to answer against themselves. As they try to share a piece of the stolen lot from their buddy, they fashion Sonko’s case in any they protect their own misdeeds. Looking back to 2017, now I have a better understanding as to why Raila sworn himself in as the people’s president! It will only take a nearly mad man to clean corruption in Kenya.