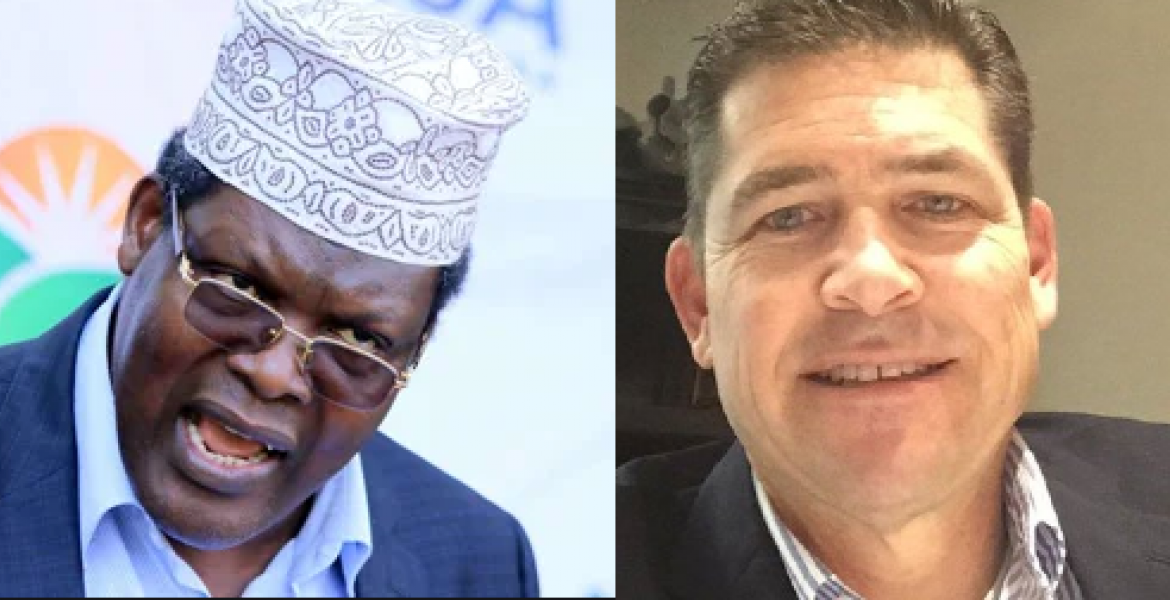 “The United States is a great friend of Kenya and, although I do not agree with all details in the BBI, the USA fully supports it for Kenya to remain a united country," said McCarter while speaking in Kapsabet, Nandi County.

But Miguna accused Ambassador McCarter of double standards citing the case of Senator Amos Wako, the former Attorney-General who was recently barred from setting foot on the US soil over corruption allegations. Wako is a member of the taskforce that prepared the BBI report.

"The US Ambassador Kenya is a cartel. He hailed the banning of Amos Wako from the US but supports other BBI cat walking con-men and con-women like Anne Waiguru, Uhuru Kenyatta and Raila Odinga. Mr Ambassador, stop asking Kenyans to drink sulphuric acid," Miguna tweeted on Tuesday.

The global fight against terrorism ended up being a movement of empowering ethnic cleansers, genocide perpetrators , serial killers and looters.

They say Africa is a shit-hole while they smell like shit and are walking around with shit all over their faces.

The shit they are smelling is on their face, on their hands and on clothes their wearing.
They just drippin shit.

Stupid is as stupid does.

The American government cannot be trusted.
A bunch of two faced lying bastards.

Sulphuric Acid - Very nice to let Kenyans know what Miguna drinks in Canada on daily basis! Miguna is a very stupid nincompoop whose ignorance is beyond correction. At one point this fool lied to us he was a hustler fighting for “we the people”! He is now so worried about one man, Amis Wako, being barred from entering the US due to his corruption. I certainly would want to know if the big horn knot in front of your head is constantly itching. You will be sent to Saiberia to live with Putin next time you try to enter Kenya. Your nonsensical attitude proves how foolish you are; you suck!

Since 2013 the American government has been progressively getting more and more dumber.

They could not even win the propaganda war against Al shabab.

They to hire new people.

You should worry about the danger that Miguna poses to your country and let the American government take care of their business. Miguna is a clear and present danger to the wellbeing of Kenyans; as he poisons the goons minds to go on the streets to fight for him! Miguna attacks on the American ambassador in Kenya will not change anything!

The American people must be told the truth.