SGR Not a Railway to Nowhere, Uhuru Says 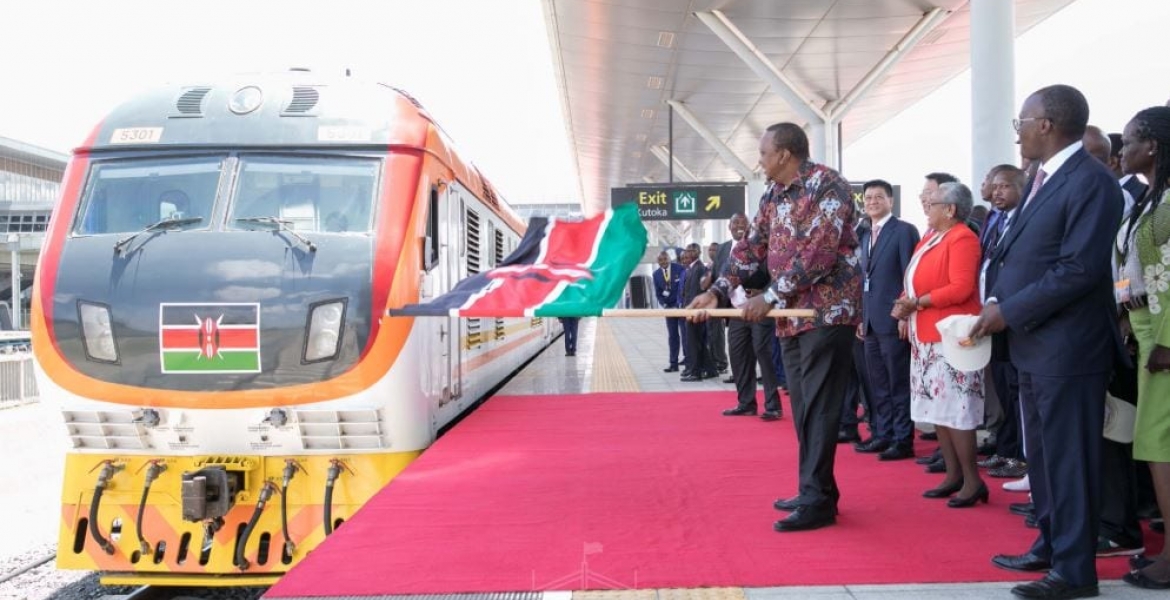 Speaking at Syokimau, Machakos County during the commissioning of SGR freight operations to Naivasha Inland Container Depot (ICD), Kenyatta noted that with time, Kenyans will realize that the SGR is a worthy project. He argued that the railway line will create many employment opportunities and better the lives of Kenyans.

"It’s important to learn from history. Nairobi owes its existence to the Kenya-Uganda Railway. Before the rail line, there was no Nairobi. With time, we will prove wrong the naysayers who claim the railway to Naivasha is the railway to nowhere,” noted Kenyatta.

"Despite all the criticism and the negative stories about the SGR, the necessity of the project and the wisdom in the investment is being vindicated with time," he added.

President Uhuru further pointed out that the railway project has encouraged investors to put their money in Kenya, which will in turn create jobs and improve the country’s economy.

"We are glad to note that, already, there is an investor who has moved in at the ICD in Naivasha. Many more investors have expressed interest in the ICD.”

"As a government, we are busy implementing a holistic approach to development in the country. The massive investments we are committing to infrastructural projects are meant to improve connectivity and spread development to every part of the country," he added.

1. Naivasha is Nowhere. They eat samosas cooked with cat meat. They should stop eating cats first.

2. Are Kikuyus and Kalenjins looting public funds in order to finance genocide of the other tribes in Kenya?

We know you and we will expose you.

Ignorance is a huge disease - and @Guest - you are certainly suffering from a severe case of inferiority complex, block headedness and pure stupidity! Isn’t your uncle a chicken thief in your own village! Locals tried to kill him last year! Stealing is deeply rooted in your own family. You are so ashamed of your self to a point you identify yourself as a “Guest” because you are weirdly ashamed of you real name! Guests are hubbos because they are always on the move.

What bothers you about me using “Guest” is the fact that I deny you the platform to attack my tribe.

We see you for exactly who you are ethnic cleansing genocidial maniac hiding behind tribalism and tribal empowerment.

Go con those ambassador’s your used to conning, you have never fooled us.

Even the flamingos ran away.