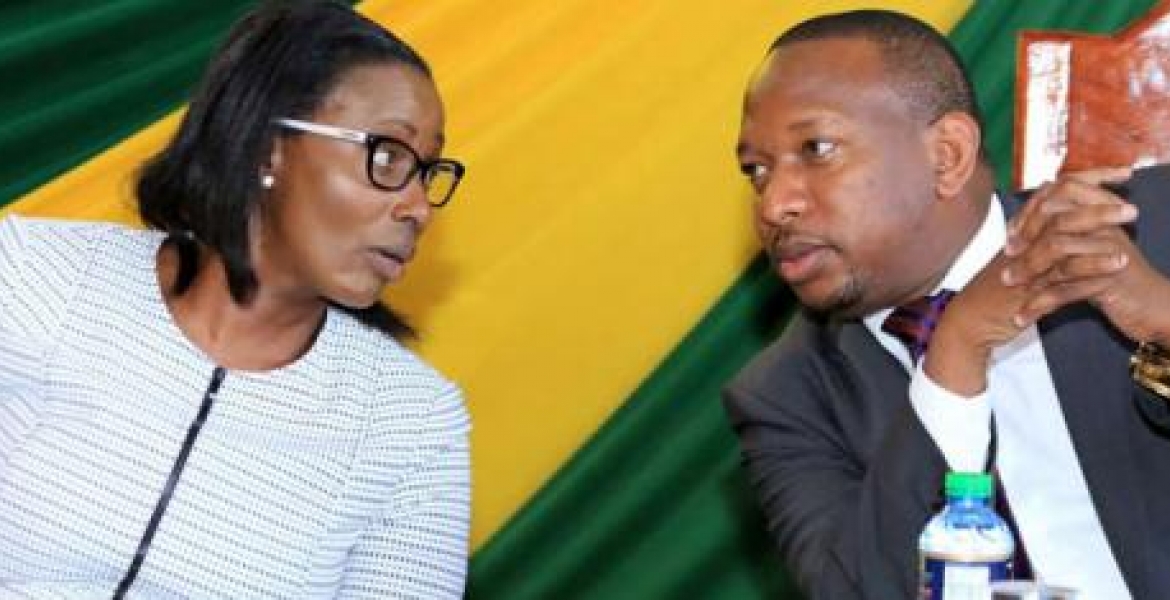 Embattled Governor Mike Sonko on Wednesday moved to court seeking to have Nairobi County Assembly Speaker Beatrice Elachi stopped from assuming the roles of the Governor’s office after the court barred him from accessing his office over graft charges.

In an application filed under a certificate of urgency, Sonko, through lawyer Harrison Kinyanjui wants the court to review his bail terms. Lawyer Kinyanjui argues that barring Sonko from office is unlawful and amounts to directing him to vacate the elected position.

He avers that Speaker Elachi should not be allowed to assume the duties of the Governor’s office since no vacancy has constitutionally arisen in the elected post of Nairobi Governor. Sonko adds that he was in the process of appointing a Deputy Governor at the time the court barred him from accessing his office until the graft case against him is heard and determined.

Article 182 of the constitution states that if a vacancy occurs in the office of governor and the deputy governor is unable to act, the Speaker of the County Assembly shall take up the role before a fresh election is held within 60 days. Nairobi has been without a deputy governor since the resignation of Polycarp Igathe in January 2018.

In Sonko’s case, the Speaker’s ascension will not be as a result of a vacancy in the office of the governor but his inability to act due to a court process. Sonko, who was indicted with various corruption-related charges, was barred from accessing his office as part of the conditions for his release on bond.

Sonko should worry more about his legal challenges,and if cleared,then think about his governorship.If I were him, I would be more worried about enrolling in Kamiti Institute of criminals for the second time.

Sonko - your time to call the County shots is long gone; finito! You have no say who will take over in your absence! Your are a thief - plain and simple; and you do not have a say at the present time!

This was his reply when asked what he wanted for xmas

YOU know, as long as WAIGURU AKA QUEEN THUG, Uhuru and his mom, Ruto and many others are still running around, I have to say Sonko is within his right to say something. you can't knit pick who you go after on corruption issues nor go for the people In the bottom of the food chain. waiguru stole 5 billion shillings, and is running around getting appointments from a president apparently fighting corruption? Sonko is being sought after because he has aligned with Ruto and that pisses off people. he's a thief, but all thugs are the same.

Kaka Sonko please concentrate with other issues and forget Nairobi city. For ur info Nairobi in wenyewe and we knew you were a passing cloud