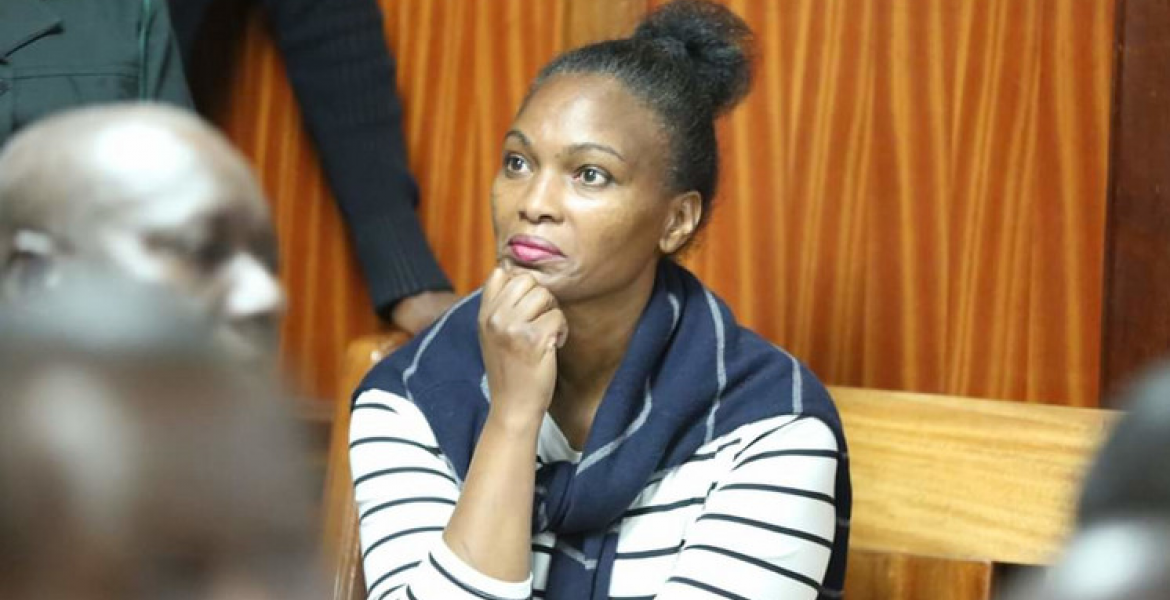 Murder suspect Sarah Wairimu is demanding a payment of Sh500 million from the Directorate of Criminal Investigations (DCI).

Wairimu, who is charged with the murder of her Dutch husband Tob Cohen, wants DCI ordered to pay her the amount over what she terms as the illegal seizure of her Kitisuru home. In an application filed in court, Wairimu further wants DCI boss George Kinoti compelled to appear in court in person to give a breakdown of the status of the mansion that was seized by detectives as a crime scene after the murder of Cohen.

“We are seeking an order to have Kinoti personally summoned to appear in court to render a full account of the property, including providing a full inventory and steps he has taken to preserve the condition, value of the estate of the deceased,” she said in court papers.

She noted that the house, which she has lived in for 12 years, contains quality and expensive items that would most likely be interfered with, and wants DCI to prove that the items are and will remain intact.

“Wairimu and Cohen jointly own all that property known as LR No. 2951/449, situated at Farasi Lane, Mugumoini Close in Tower Kabete, Nairobi, which, the property was jointly purchased on or about June 7, 2000, and registered in the deceased’s name, by mutual agreement,” court documents state.

The matter will be heard on January 15th, 2020 before Justice Lydia Achode.

Wairimu, who was released on a cash bail of Sh2 million, recently filed another application seeking to have the court allow her to manage Tobs Kenya Gold Safaris, a company owned by her deceased husband.

Cohen went missing on July 19th this year before he was found dead on September 13th. His decomposed body was retrieved from an underground water tank at his home in Kitisuru estate and was buried at the Jewish Cemetery in Nairobi on September 24th.

A postmortem examination revealed that the deceased suffered a severe head trauma inflicted by a blunt object and succumbed to a blow to the right side of the head.

It is all about shillingi! The love of money and the unfortunate murder of Cohen will haunt you until you expire from the face of the earth! Wow, poor lady - spare us the grief!!

This woman must be dilutional. She should be denied bail and put back in prison until trial.