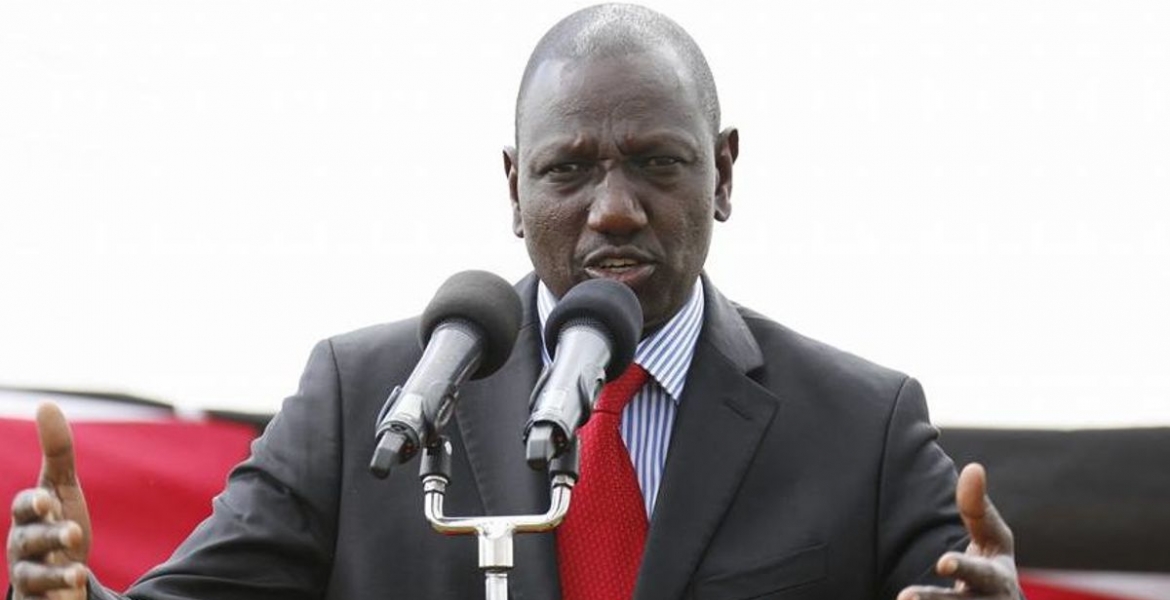 Deputy President William Ruto says he is confident President Kenyatta will retire from politics after the end of his term in 2022.

Speaking in Nyeri County during the burial of Mathira MP Rigathi Gachagua’s mother, Martha Kirigo Gachagua, DP Ruto asserted that Kenyatta had no plans to cling to power. Kenyatta respects democracy and would not change the law to extend his stay in power, according to Ruto.

“I do not believe the President has any plans to change the Constitution to extend the presidential term limit. I say this because I know the President and he respects democracy,” noted Ruto.

He added: “And, for the avoidance of doubt, the Jubilee Party has no scheme to change the Constitution and take back this country to the dark days of politics where power stuck in one corner.”

His remarks were echoed by Gatundu South Member of Parliament Moses Kuria, who indicated that Kenyatta will quit politics in 2022, terming as drunk those claiming he is too young to retire.

"I am his MP and I would know if he wanted to remain in power. Those saying he will extend his term are drunk. I assure you he will retire at the end of his term," Kuria said.

A section of leaders led by former Jubilee Party vice-chairman David Murathe and COTU secretary-general Francis Atwoli have stressed that Kenyatta is too young to retire from politics and would remain in the government after the 2022 elections.

Murathe, considered a close ally of Kenyatta, said the President could serve as Kenya’s prime minister, one of the positions recommended in the Building Bridges Initiative (BBI) report.

@ruto - every one of us knows that Uhuru values and respects democracy. But the Kshs 21,000,000,000.00 is simple - do you respect democracy or you are You just talking because you think you will benefit if Uhuru decide to retire?

Ruto - with milliards of corruption related issues which have plagued you for the longest time - Mteshi land, dams money, Wilson Airport land, etc, are you morally fit to be the next president of the Republic of Kenya, should Uhuru decide to retire?

And for Kuria who is now calling others drunk, while he is still suffering from the hangover of his drankardness, who are you to speak for Uhuru? Are compromised by Ruto?

Uhuru have a mouth and he can speak for himself! Stop hoodwinking Kenyans in burial rituals and tell them how the country will fight corruption and other menaces.

Statehouse needs sober leadership NOT a moody drunkard lunatic! Mlevi and his entourage(Kibicho & Matiangi) should start packing now; remind them to include BBI manifesto so they can read, entertain and down more Tusker! Let him go manage what they have looted for 5 decades! Na Wakenya hawaonii!!!!