'I am Not Surprised,’ Mwangi Kiunjuri Reacts After Uhuru Sacks Him from Cabinet 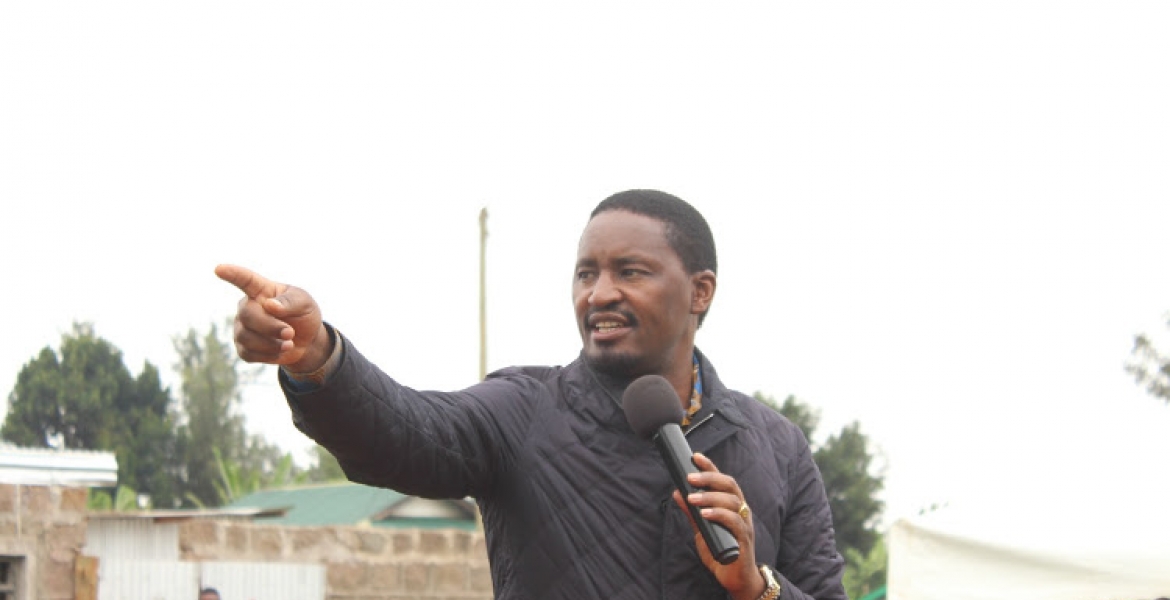 Speaking to the media at Serena Hotel in Nairobi hours after Kenyatta dismissed him from the Cabinet, a seemingly unbowed Kiunjuri indicated that the move did not come as a surprise because he expected it. He described his firing as a relief for him, adding that prior to his sacking, he had been subjected to “a lot of humiliation.”

“The President’s decision has taken me by no surprise. I thank God. I feel relieved. Having in the recent past gone through a most difficult year that on a number of occasions threatened my energy and resolve. Some of you know I have endured a lot of humiliation that only God and my family know how this made me feel,” said Kiunjuri.

He further stated that he proudly leaves the government with his head, having given his best at the helm of the Agriculture ministry.
“I thank my family, friends and work associates that have stood by me and given me strength during my highest and lowest moment. I have given my best to the assignments that I have been given and I’m proud of my achievements. I, therefore, leave with my head high,” he said.

“I now have free time to do other things, I am not going anywhere. The president appointed me without consulting anyone, he has relieved me of my duties, he does not need any consultation,” he added.

He concluded: “To my supporters, I urge you to remain calm. Be confident and do not cry for me. You all know that I am resilient, we shall overcome. I have faced many challenges in my life’s journey.”

Listen Mr Kiunjuri, when you go to school, you learn a lot of things, many things. But one thing that comes out bare is that you must sense when to quit when the going gets stuff. But you are just another African leader, clinging on to power even when you are being humiliated for non-performance. Men of substance honorable resign. Question! Why did you have to wait that long dude? I know you couldn't imagine moving away from getting away from stealing and being surrounded by professional thieves who never twitch in making it had for the peasant farmers. Now you will be like mjuAji who survives on his sweat. Bure kabisa.

Instead of working for the common mwananchi, this clueless guy has been busy tangatangaring with his boss all over the country while the maize, coffee and tea farmers continue to suffer. Coffee is being uprooted left and right maize and tea prizes are at their lowest,talk of good riddance. He will soon be forgotten. He should have been fired eons ago but with bad governance what can one expect. Bring Miguna now to expose these despots!

And he is now making all personal to garner cheap sympathy and even thanking God for being fired for failing to do his job!

You know - even the devil himself was an Arch-Angel to the Heavenly Cabinet when he fell from grace because of TangaTanga-ring! Kiunjuri has really walked the devil’s footsteps very nicely! But at least Kiunjuri called upon the Lord for redemption on his way out. You are now forgiven!

Uhuru that’s food riddance. Bure kabisa the whole cabinet with exception of Matiangi should go home. All of them are useless and just collecting paychecks..

@kiunjuri - no body is surprised that Uhuru sacked you! We have all been wondering when he was going to suck you! You have had too many blunders.

Please don’t call it political witch hunt to have a “temporary doctor feel good moment!” You know you just could not do the CS job, let alone making the attempts to perform at a CS level.

You can just start burning charcoal for sale in Rumuruti!

It is a sad reality in Kenya, that children brought up by
peasant farmers, hardworking parents have turned around
and become professional thieves. These learned friends have turned around and cannibalized the pillars that brought them up, coffee, tea, sugar, rice etc. There is
no shame in bankrupting industries that assisted in your
growth. Whatever ails you is within or around you. Shame!