29-Year-Old Man’s Joy Cut Short After Learning Uhuru’s Appointee is His Namesake, Not Him 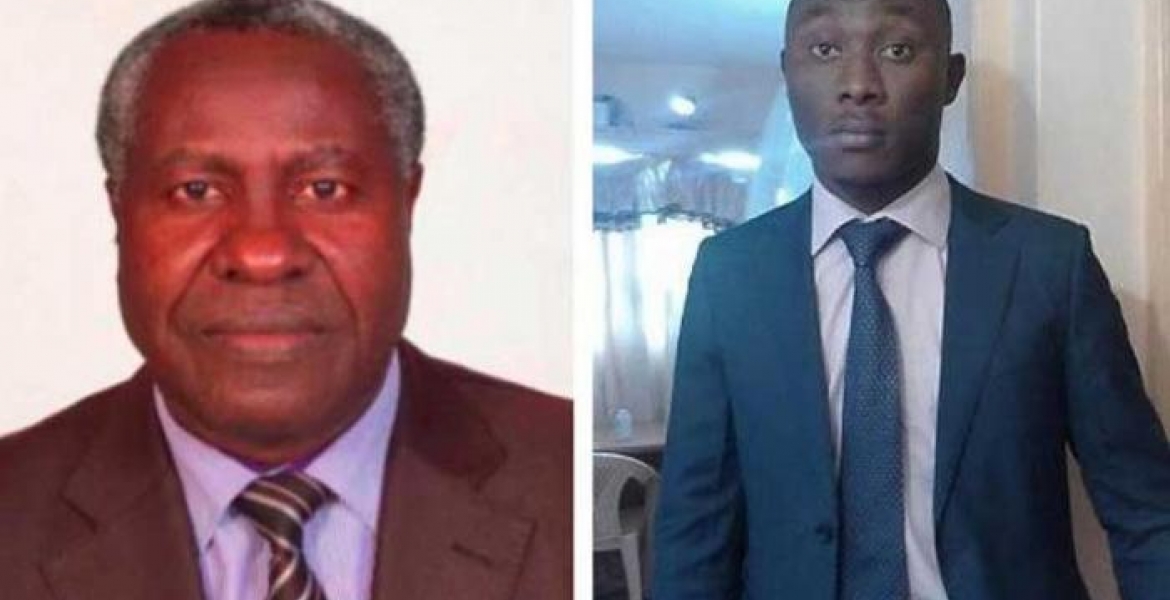 A 29-year-old man was left disappointed after initially learning that President Kenyatta had appointed him to a government position, but it later emerged the appointee was his namesake.

In a video circulating on social media, Enosh Momanyi Onyango from Webuye, Bungoma County said he learned about his appointment as the Principal Secretary (PS) for Physical Planning through The Standard. He noted that he received numerous calls from people congratulating him on his appointment.

“Good evening fellow Kenyans, my name is Enosh Momanyi, I am 29 years old from Webuye West Constituency, Bungoma County. Today has been a good day waking up in the morning to calls and texts from people I know and those I don’t know congratulating me for my appointment by the president to the position of the PS for Physical Planning.”

“Actually I learned this through The Standard newspaper dated January 15, 2020, over the aforementioned appointment I wish to thank His Excellency for believing in youth. My desire is to align my responsibilities with Uhuru’s Big 4 Agenda. As I conclude, I also wish to thank all Kenyans and I look forward to being a servant to all of you. Thank you,’ read his speech.

The Standard even published a photo of Momanyi, 29, in their article about President Kenyatta’s new appointees. The publication later apologized for the mistake and clarified that the person appointed as PS for Physical Planning was another man with the same name.

“In yesterday’s edition of The Standard, we erroneously published the picture of his namesake (right) as the nominee. We regret the error,” read the apology by The Standard.

I too was ecstatically happy when I read: Amb. John Weru (Trade), and I am Diplomat, John Weru.

I congratulate my brother Momanyi,its a healthy step in life and I think he should thank God for everything that happened despite the fact of the namesake he has landed himself a job in waiting,mark my word it's an opportunity in waiting,keep praying,blessings are knocking at his gate,pray pray pray as if everything depends on God

Appointees are notified b4 announcement

A PS is an accounting officer within the ministry concerned. One ought to have experience in handling ministerial matters at very high level. Physical Planning calls for xperience in the Built Environment.Is the younger Momanyi from this displine? I hope so, for him to have imagined he was the appointee

All thanks to God and Dr Akhigbe who help me win my first million in Lotto Max jackpot draw last month through his traditional spell, I was down after losing so much in the game till someone introduced Dr Akhigbe from Udaka Temple to me, I contacted him via WhatsApp +2349056647966, he cast a Spell for me and gave me the super winner number, to my greatest surprise I won the draw, with his help i also got my husband back, now am a living testimony, I'm forever grateful Sir, I want to use this opportunity to inform the general public about this great spell caster who change my life, you can also win Lotteries with his spell or settle any situation you find yourself, contact him to report your case today, one spell that all it takes, your joy will be restored, he is into Money Spell, Love spell, Win court case spell, get Visa spell, get a job spell, promotion spell, get ex love back spell, cure any sickness, Lupus, Cancer, HIV cure and many more. email udakaspellcaster2@gmail.com