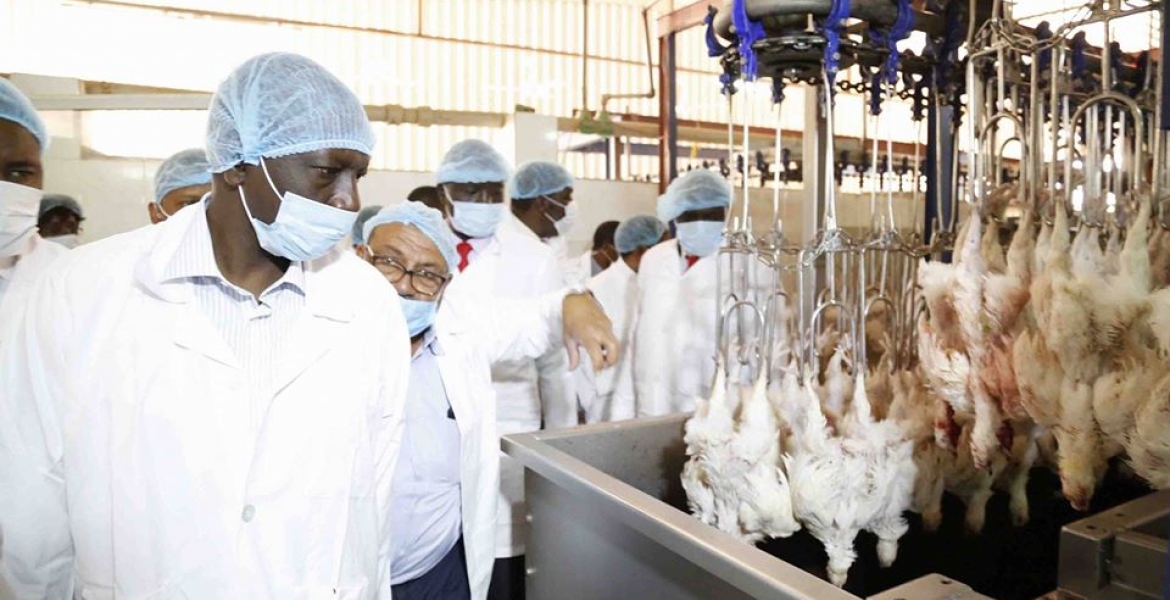 Details of where Deputy President William Ruto was when President Kenyatta reshuffled the Cabinet on Tuesday, January 14th have emerged.

Unlike in the past when Ruto flanked President Kenyatta while announcing key changes in the government, the DP was conspicuously missing at State House, Mombasa, where the Cabinet shakeup was broadcasted from. Former Agriculture Cabinet Secretary Mwangi Kiunjuri, an ally of Ruto, was shown the door in the mini reshuffle.

Media reports indicate that DP Ruto traveled to Sudan on that day to visit a thriving chicken farm in the capital, Khartoum. Ruto was scheduled to fly to Khartoum the previous day but his chartered plane failed to get clearance from the Kenya Civil Aviation Authority on time, Daily Nation and The Standard reported on Thursday.

On Tuesday morning, Ruto left Wilson Airport in Nairobi en route to Sudan to visit the poultry farm for the second time, according to Daily Nation. The Standard reported that he traveled in a private jet belonging to Phoenix Aviation, registration number 5Y-SIR and was accompanied by four close allies, including Kapseret MP Oscar Sudi and Abdul Mwasera.

“I think he wants to partner with the owners of the farm,” a source close to the DP informed the Daily Nation.

In April 2018, Ruto toured the same chicken farm together with Mwangi Kiunjuri. At the time, the farm was reportedly rearing about 1.2 million chicken.

“I was impressed with the intensive methods to ensure healthy, productive broods. We will replicate these best practices to realize food security, a centerpiece of the Big Four,” Ruto, a renowned chicken farmer, posted on Facebook in 2018.

The Standard also reported that the Ruto bumped into Wiper leader Kalonzo Musyoka at Khartoum Airport. Kalonzo noted that they were both marooned at the airport over the tense security situation in Sudan.

“I was on my official mission as the Special Envoy in South Sudan and we just bumped into one other with the DP at Khartoum Airport,” Kalonzo was quoted by the newspaper.

20b Ksh is a lot of money. It cannot all be invested in kenya.

Ruto did not go to Sudan to see Bashir”s hens! Ruto was in Sudan for more than chickens! Tell him to tell Kenyans the truth why he went to Sudan with the side kick Sudi! Don’t be fooled folks!

Did we need a reshuffle to just fire one CS? One of them is performing just getting fat from stealing tax payers money.. Bure kabisa